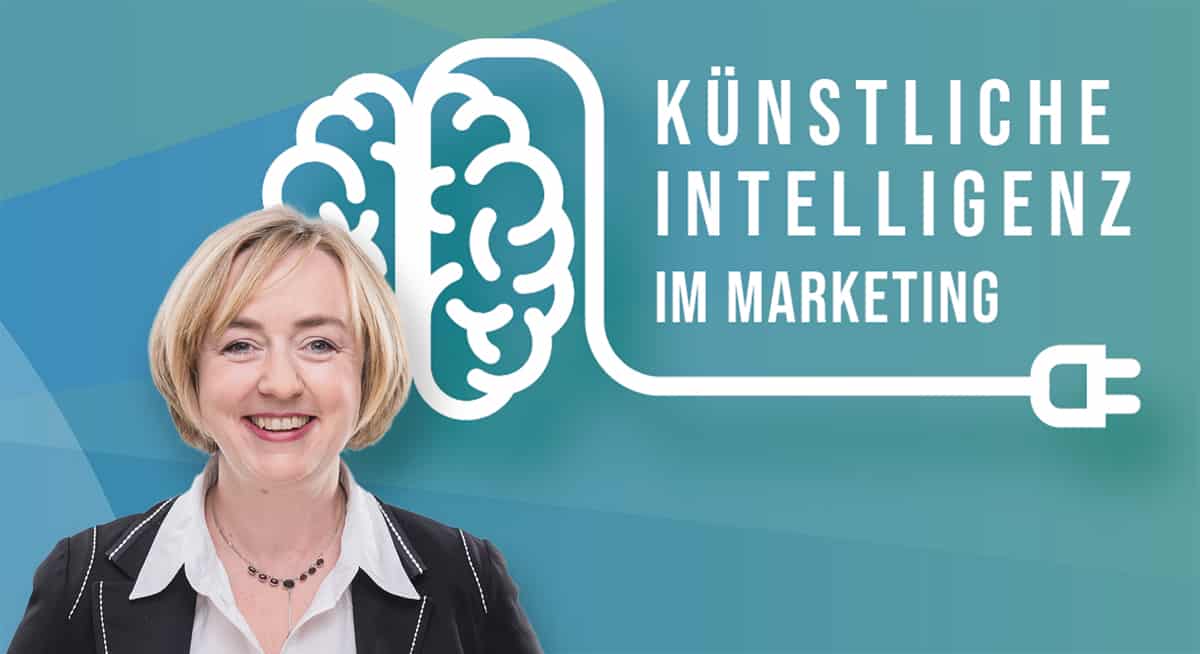 For the third time after surveys in 2018 and 2019, Prof. Dr. Claudia Bünte, marketing expert at the SRH Berlin University of Applied Sciences, surveyed marketing managers in the DACH region. 158 experts took part in the third wave of the survey, 72 percent of them managers.

The study shows once again that a majority - around 91 percent - see great opportunities for companies and for marketing in artificial intelligence. But still only 8 percent of respondents also use AI in marketing on a daily basis. As was the case in 2019, that's not a significant increase over 2018. There appears to be a clear disconnect in marketing between the perceived potential of AI and its use in practice. "The current use of AI still falls short of the possibilities," says Bünte.

But - and this is new: In the details, one can definitely see a development towards more use of AI: For marketing managers, AI is losing the aura of the spectacular and is turning positive: Almost 95 percent say, for example, that AI will be important for marketing tasks in the near future. The number of AI sceptics among the respondents has decreased significantly by a good 17 percentage points in just three years and now only accounts for around 10 percent - in contrast, the proportion of the five other identified manager types who are fundamentally positive about AI is also growing significantly. 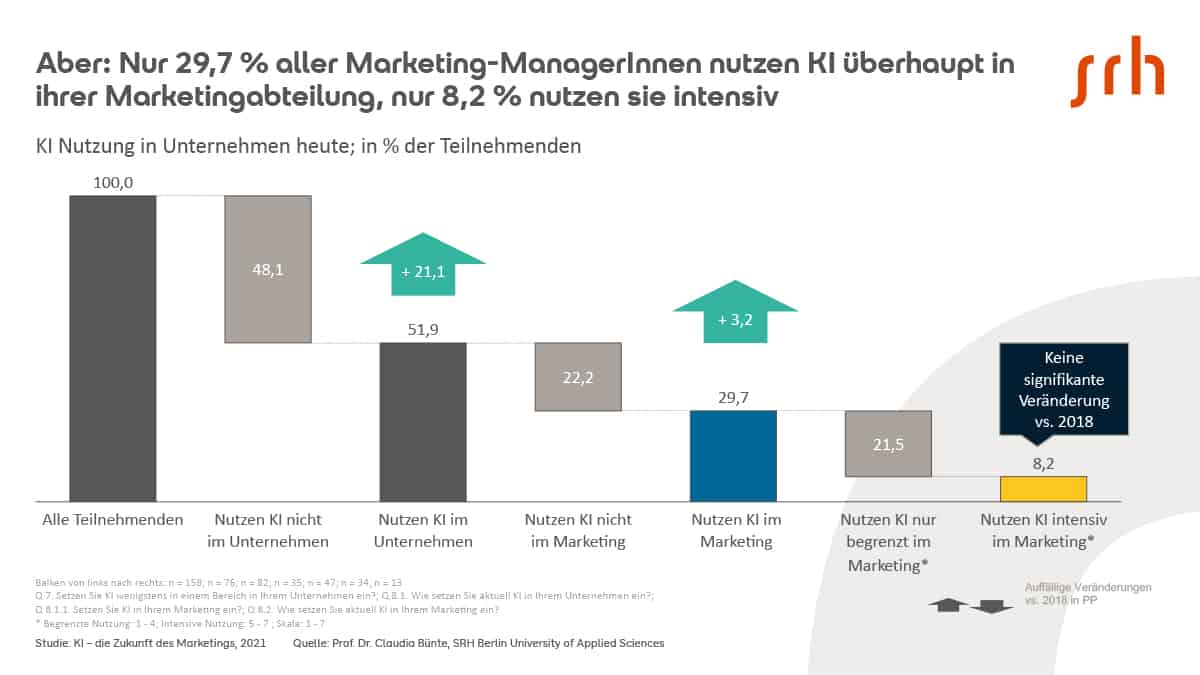 This also increases the intention to use AI: managers want to use significantly more AI in all five core marketing tasks in the near future - 54.4 percent more on average. "AI is therefore close to the tipping point for unleashing its potential in marketing," continues Prof. Bünte, "but something is still holding back its use. This time we wanted to know what that is." 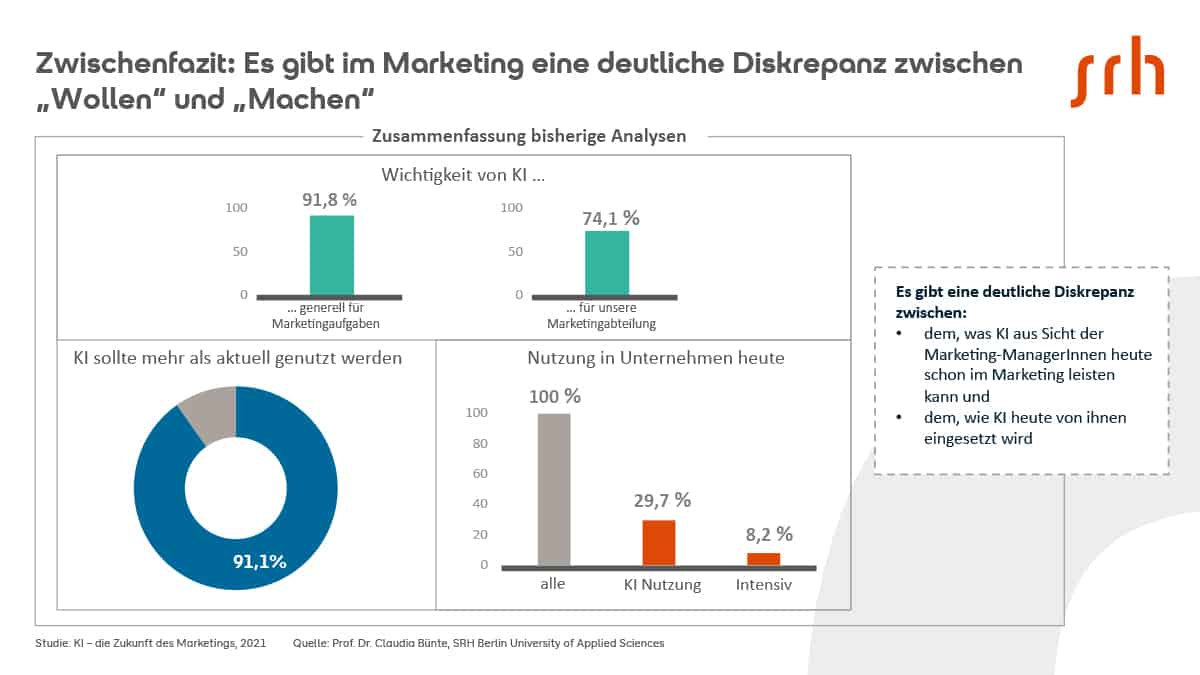 The analyses show that there are five reasons that prevent managers from using AI according to its actual potential: Knowledge about AI is rather low according to their own assessment. Although attitudes towards AI are changing positively, there are still sceptics. The AI assessments of managers and employees in the same team differ significantly, the focus on data is only slightly pronounced in some cases, and experience with AI has so far been at a low level. 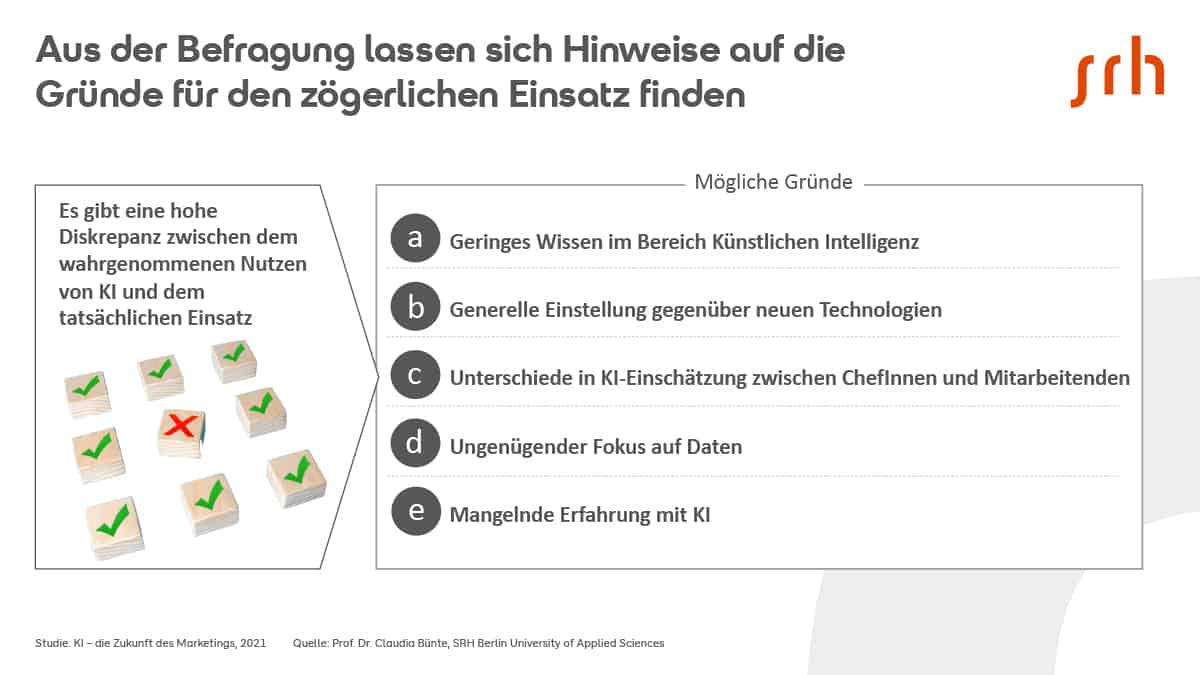 The good news - the ray of hope, according to Bünte - is that these five obstacles can be overcome with relatively simple means and without special knowledge about AI: for example, increasing knowledge in teams with training and workshops or using existing successful software-as-a-service offerings instead of having one's own elaborate individual solutions programmed.

The study also shows that no AI is not a solution in the long run, because the managers who already use AI in marketing say they are more successful than their competitors. And 72 percent consider AI in marketing to be at least an reason, around 13 percent even for the reason why their company is successful today. 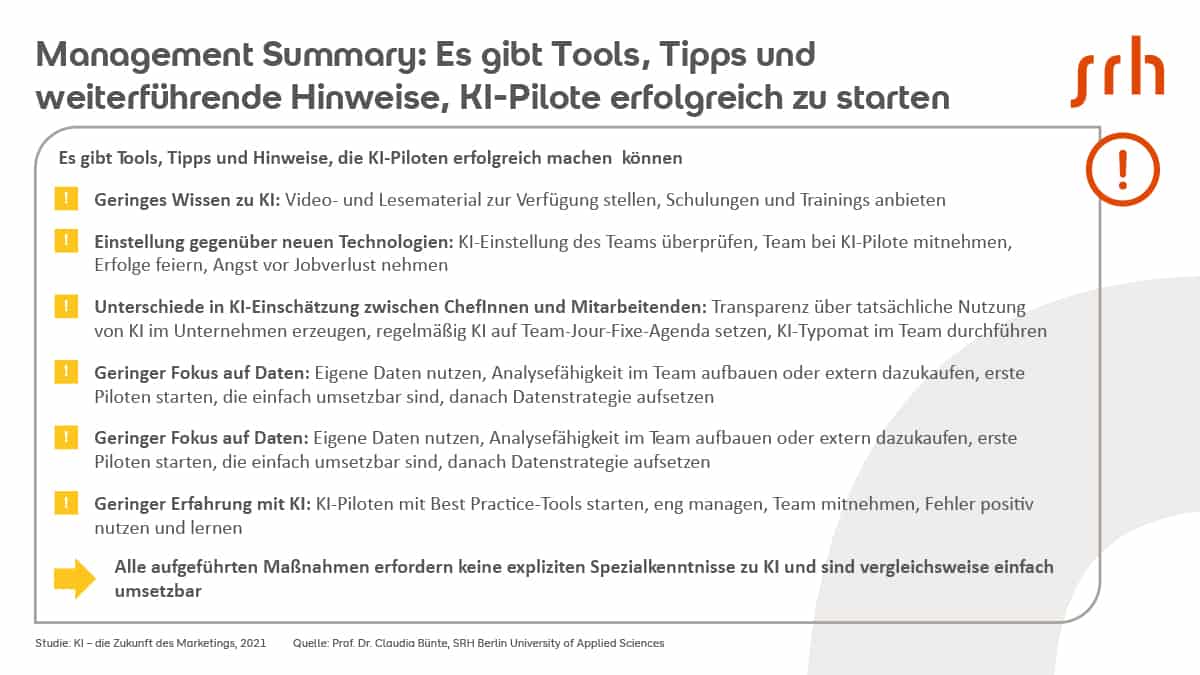 Conclusion: AI in marketing will soon be more widely used

There seems to be a clear discrepancy in marketing between the perceived potential and the application in practice. The current use of AI still falls short of the possibilities. Apparently, however, managers definitely want to use AI - the use of AI in marketing is facing a tipping point.

From the survey, we can find evidence of five reasons for the hesitant adoption: There appears to be an information and experience deficit with AI, as well as continued divergent attitudes towards AI that prevent wider adoption. One bright spot follows from this: Overcoming these obstacles is comparatively easy. If companies in the DACH region tackle this point, overcome their hesitation before low barriers, AI in marketing will in all likelihood very soon be more widely used than it is today, and its potential for marketing managers will be fully exploitable.

Claudia Bünte has been a professor for "International Business Administration" with a focus on marketing at the SRH Berlin University of Applied Sciences for five years. Previously, she held leading international positions in marketing at Coca-Cola, Beiersdorf, McKinsey and Volkswagen, among others. In 2016, she founded the marketing consultancy "Kaiserscholle - Center of Marketing Excellence" in Berlin. The author and keynote speaker is also a publicly appointed and sworn expert for marketing in Germany and was named "Vice Marketing Head 2020" by the trade magazine OneonOne in 2020. 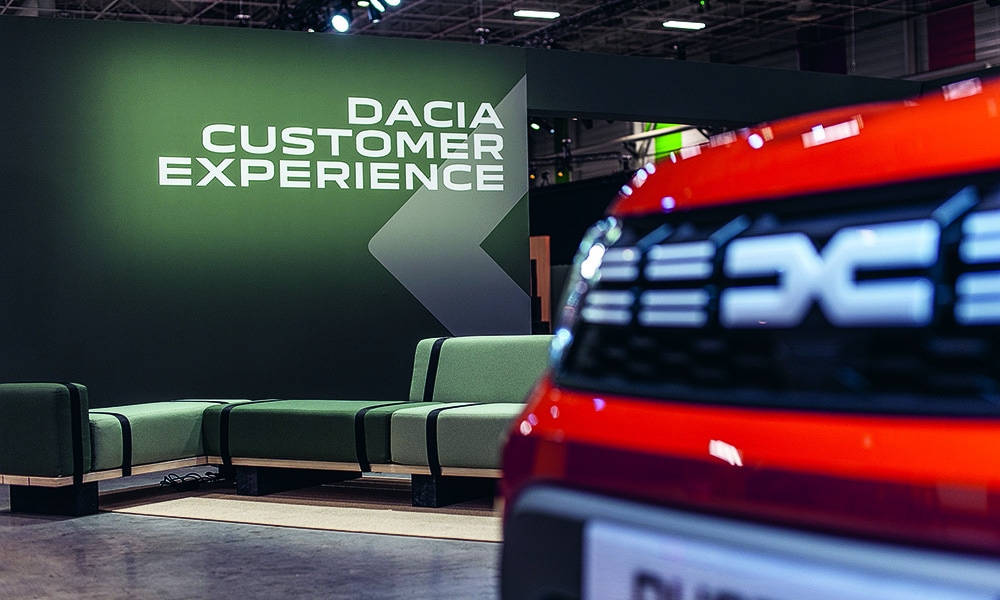 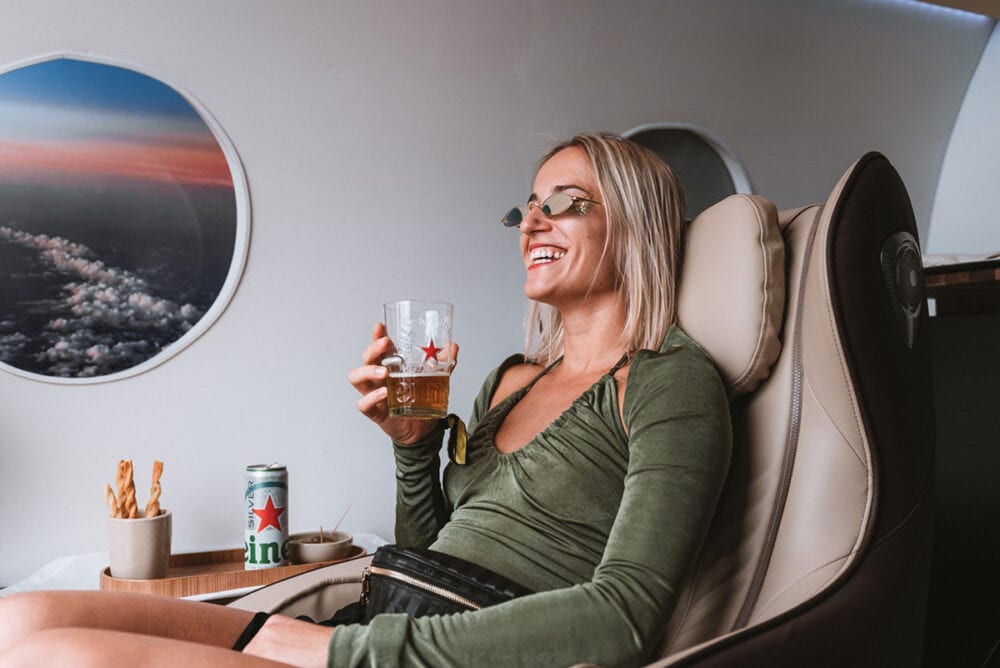 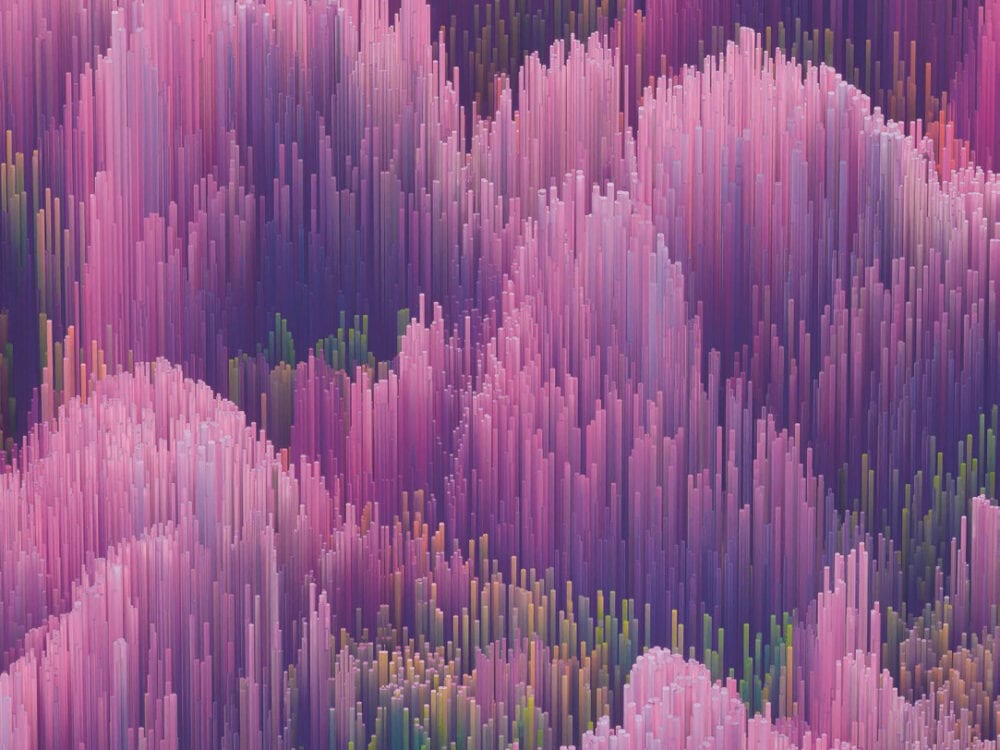