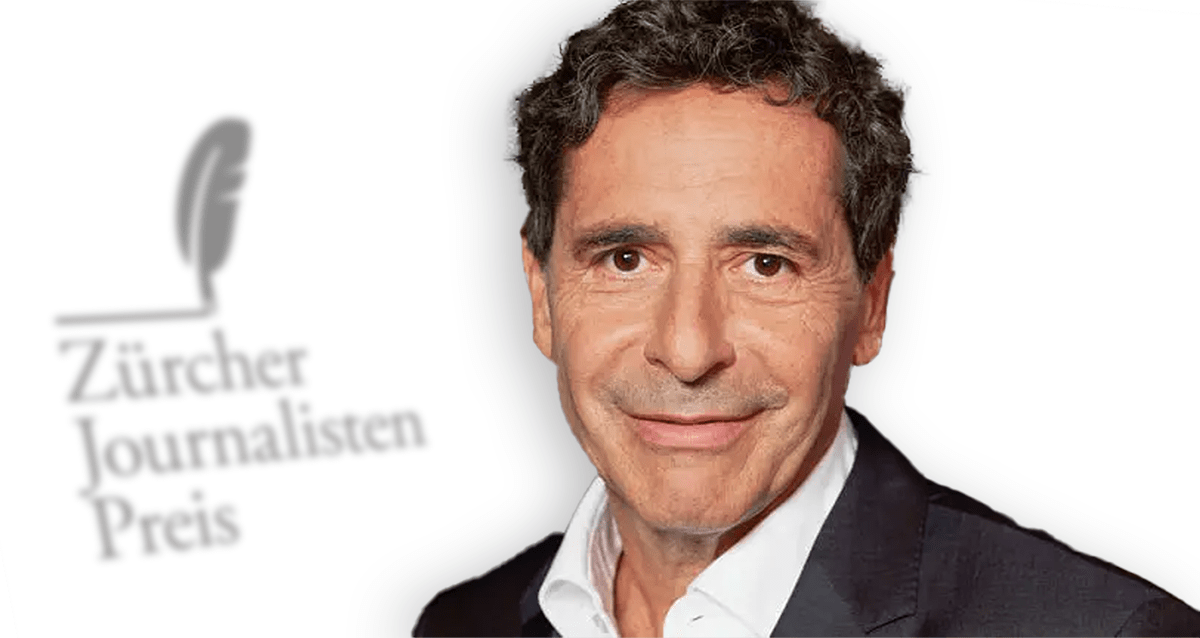 On June 28, 2022, the Zurich Journalism Prize was awarded for the 42nd time. This is happening at a time when journalism is increasingly mistrusted, even in Switzerland, as Andrea Masüger, President of the Zurich Journalism Prize Foundation, explains in his welcoming address. This makes the high standard of journalism in Switzerland and the fact that more and more works by local journalists are being awarded prestigious domestic and foreign prizes all the more gratifying.

This year, the jury of the Zurich Journalism Award presented its lifetime achievement award to Roger Schawinski. A journalist, author and media entrepreneur who for decades has helped shape the Swiss radio and television sector in particular with courage and intelligence as well as provocation and the urge to be in the spotlight. He did this with a temperament, a professional joy and a drive that would make him a journalistic role model, the laudatory speech for the 77-year-old Roger Schawinski said.

174 works from all over German-speaking Switzerland were submitted for the 2022 Journalism Prize. From these, the seven-member jury of journalists and publicists nominated nine stories for the Zurich Journalism Prize and three for the Newcomer Prize, and has now awarded prizes to four works.

Yves Demuth of the "Beobachter" received an award for his research "Akte Bührle: Zwangsarbeit in der Spinnerei" (Bührle file: Forced labor in the spinning mill), in which he reveals how hundreds of girls were forced to work against their will in a textile factory owned by the entrepreneur Emil Bührle after the Second World War. The author not only tracked down one of the last eyewitnesses, sifted through files from various archives, but also brought to light that this practice was not only approved by state authorities, but even encouraged by them.

Angelika Hardegger from the "Neue Zürcher Zeitung" was awarded a prize for her story "Dear farmers, let's talk". She contrasts the often academic-looking agricultural analyses with a text in the first person with small portraits and traces how Swiss farmers and society have become strangers to each other. The author traces the reasons for this in a "surprising montage" in which she addresses criticism without moralizing, but rather encourages her protagonists to engage in dialogue, the laudatory speech said.

Rebecca Wyss from "Sonntags-Blick" won a prize for the reportage "I'm happy when someone just says faggot. The author accompanied young people who, in their everyday lives in Switzerland as homosexuals and trans people, became the target of hatred.