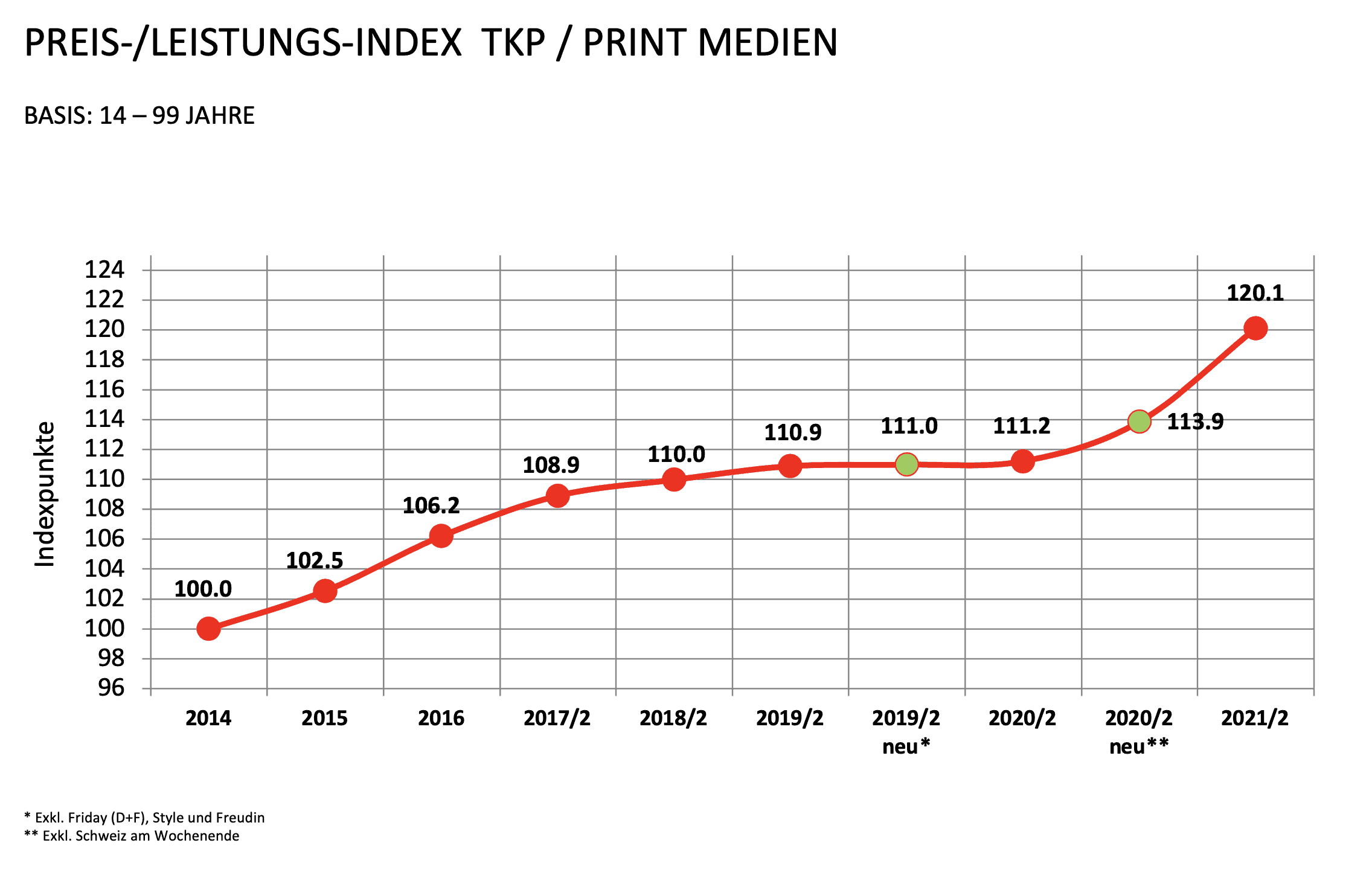 Since 2017, the Swiss Advertisers Association (SWA) and Leading Swiss Agencies (LSA) have been collecting and publishing a price-performance index for media contacts. In this way, the two associations aim to make a joint contribution to transparency in the Swiss media business.

In the 2020 pandemic year, many newspapers and magazines experienced significant declines in readership. This affected the index in the three parts of the country by 6% to 10%. Magazines, which were probably passed on less or were no longer accessible in waiting rooms, for example, were hit particularly hard. As a result, the number of readers fell, leading to an increase in the index of +12.2% for women's magazines and +12.9% for magazines. Daily press also increased strongly in the index by +16.3%. This had a somewhat less pronounced effect on the Sunday press +4.9% and regional weekly press +6%. Only the consumer press became cheaper by 0.5%.

In television, the index is based on the stations' planned values and not on the results actually achieved. Compared to the previous year, planned contact prices in 2021 remained stable among 15-59 year olds and increased by a total of +6.2% among 15-49 year olds. For individual stations, inflation in the 2nd half of 2021 was significantly higher in this context. In addition, in German-speaking Switzerland, the price/performance increase in the same target group is significantly higher at +8.8%. In French-speaking Switzerland, the index for 15-49 year-olds remained stable, and in Ticino it fell by -2%.

The index for Out of Home (OOH, analog) shows a decline of around 1% on prices/services. During the decline in mobility, marketers also granted additional discounts, which are not recorded in the index. The price/performance trends for digital out-of-home advertising (DOOH) are still not included in the index.

Inflation is thus detectable this year on the basis of the official prices at many print titles and on the planned values of individual TV stations. Ringier Advertising has announced that it will adjust the gross prices of individual titles for 2022. This is a demand that the SWA has already made several times.

The two associations LSA and SWA are concerned about the current price development in television. In particular, many TV stations marketed by Goldbach are planning to increase their prices significantly for 2022. Especially in German-speaking Switzerland, with inflation in the target audience of 15-49 year olds ranging from 10% to over 20% in some cases. These price developments are damaging the TV genre and could lead to media mix shifts.

All results and charts here SWA-LSA_MPLI-Charts_2021 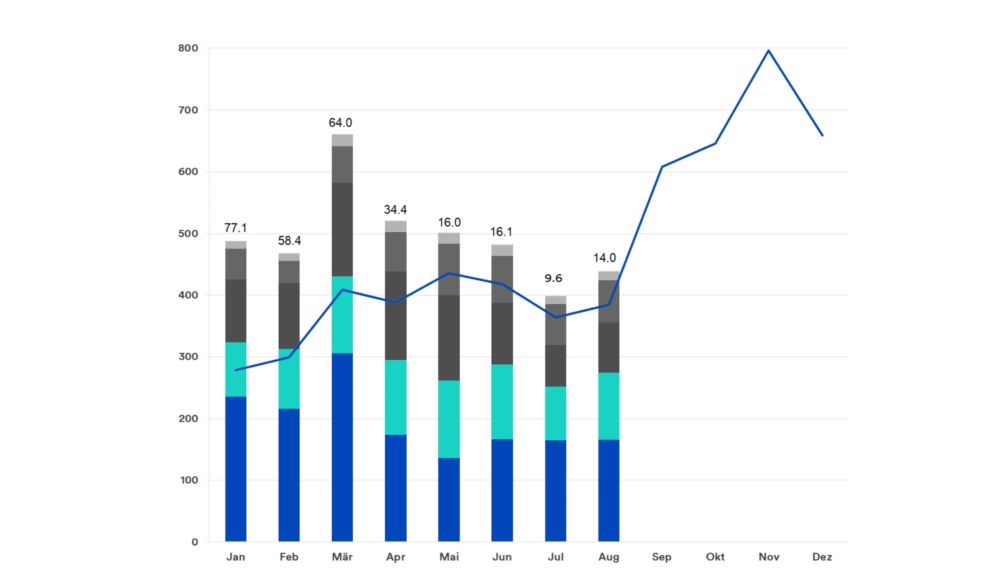 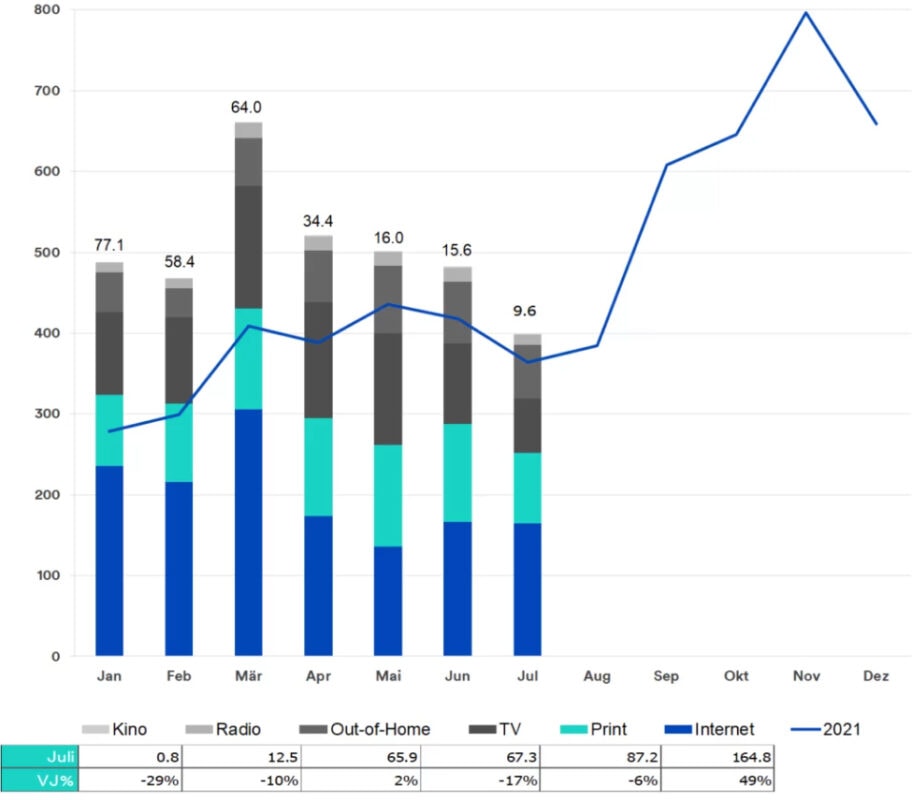