5.2 billion gross advertising francs corresponds to a minus of around 835 million or 14 percent. Initial forecasts after the first lockdown in the spring had painted an even bleaker picture for the future of the Swiss advertising market.

The three months from March to May 2020 were more than 30 percent behind 2019 levels, explaining about 500 million of the decline in gross advertising print in Corona's 2020 year. The largest percentage decline was in April (-40%). March was down 33 percent.

However, the situation eased slightly in the following months. The initial uncertainty was overcome, processes and content were adapted, campaigns were launched and the decline levelled off at around 10 percent of the previous year's figure. In particular, the top 20 advertisers, who are responsible for around 25 percent of total advertising pressure (2020: around 30,000 active WBT), released the handbrake in June and in some cases even stepped on the accelerator significantly, which weakened the overall decline. In June, July and August - the summer slump in the advertising industry - they increased their advertising pressure by 12 percent compared to 2019, kept the pressure high in the fall and even recorded an increase of 22 percent in the last month of the year.

Furthermore, out-of-home advertising proved to be extremely crisis-resistant. After a delayed slump in April, the media group was only slightly below the previous year's level in June and was even the only media group to record significant growth (+8% to +26%) over the summer into the autumn.

Only three of the 21 sectors were able to increase their advertising pressure compared to the previous year. On the one hand, this is the retail trade, which also generated by far the highest advertising pressure in 2020 (+9.5%). On the other hand, the Initiatives & Campaigns sector, which was boosted by the FOPH's Corona campaign and the referendums (+10.3) and, last but not least, the Cleaning sector (+7.1%). However, if we look one layer deeper into the individual product groups, even more markets stand out. Of 120 product groups, around a third increased their advertising print compared to the previous year. Around 20 percent even increased by more than 5 percent. These include TV & home entertainment, Internet, food, pension and investment products, gardening, tobacco products image, media image, spirits, hair removal & shaving and household appliances.

The list of losers in 2020 is long. More than half of the industries are reducing their advertising pressure by double digits. Beverages, food, finance, construction, industry, furnishings, cosmetics & personal care, and digital & household get off comparatively lightly.

The worst hit is the events industry (-60.9%), followed by transport (-50.7%) and leisure, catering, tourism (-31.1%). Looking at the December data and the current second lockdown, there is still no improvement in sight.

FOPH corona campaign at the top

The podium places of the strongest advertisers go to Coop, Migros and Procter & Gamble. This is just as true for 2020 as a whole as it is for the month of December. With Henkel, Unilever and Emmi, there are only three companies in the December ranking that did not make it into the overall Top 10 2020. On the other hand, the two retailers Lidl and Denner as well as Reckitt Benckiser fell out of the top 10 in the last month of the year.

The FOPH's coronavirus campaign is the most advertised product in the Swiss advertising market, both in the current month and over the year as a whole. Looking at the remaining top 10 products in 2020, it is noticeable that they come from heterogeneous sectors. However, they have two things in common: on the one hand, they reflect people's basic needs, especially in times of crisis - food, love, financial security and hygiene. On the other hand, they show which business and distribution channels are crisis-proof.

TV as the strongest media group

All media groups lost advertising pressure in 2020. However, the percentage declines are in some cases far apart. Cinema advertising, partly non-existent, decreased by 73 percent in 2020. At the other end is out-of-home advertising with a decline of only 7 percent. 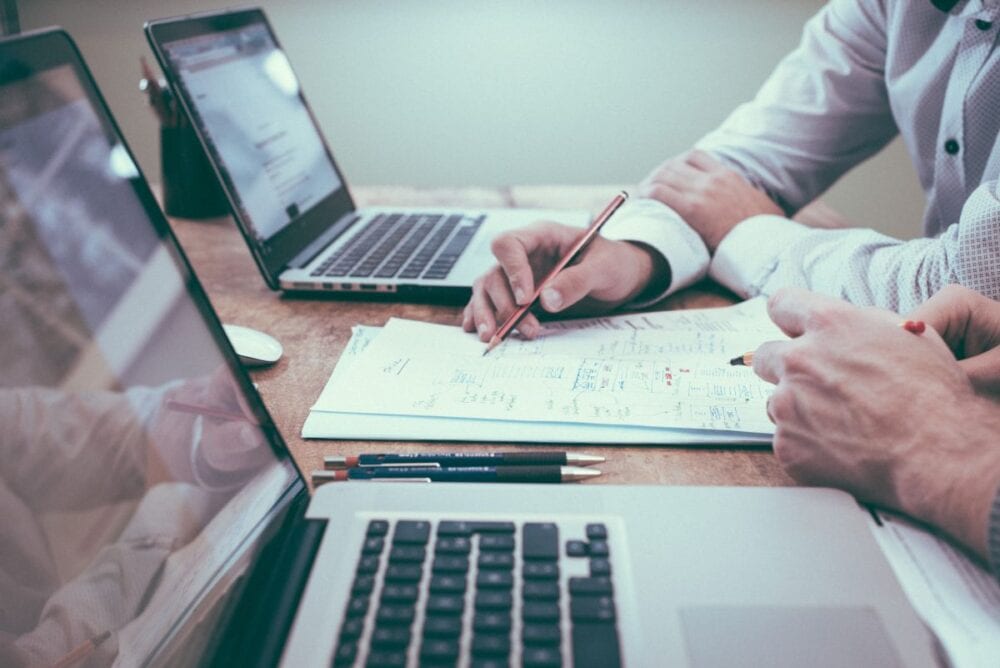 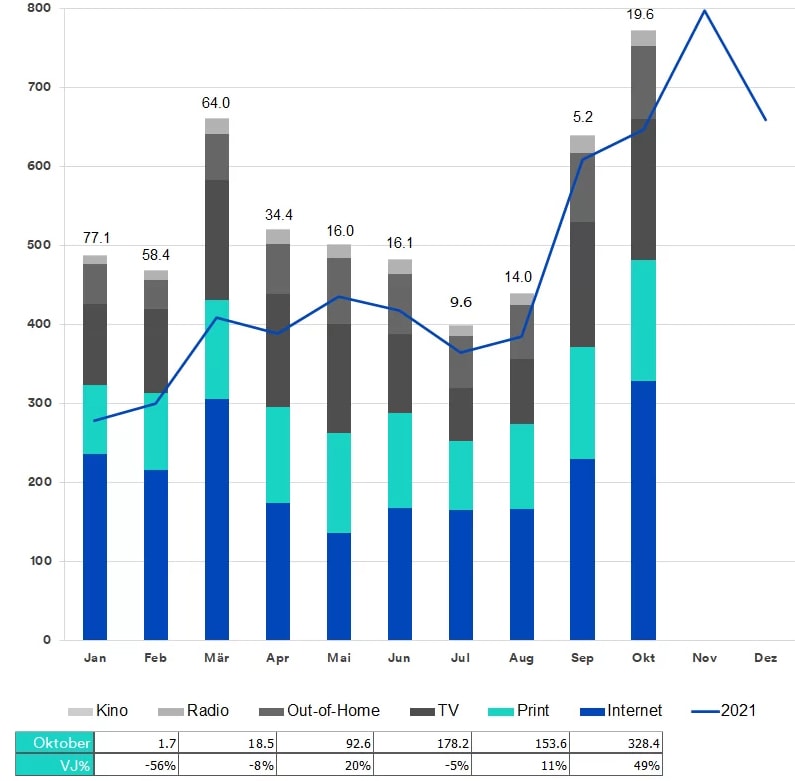 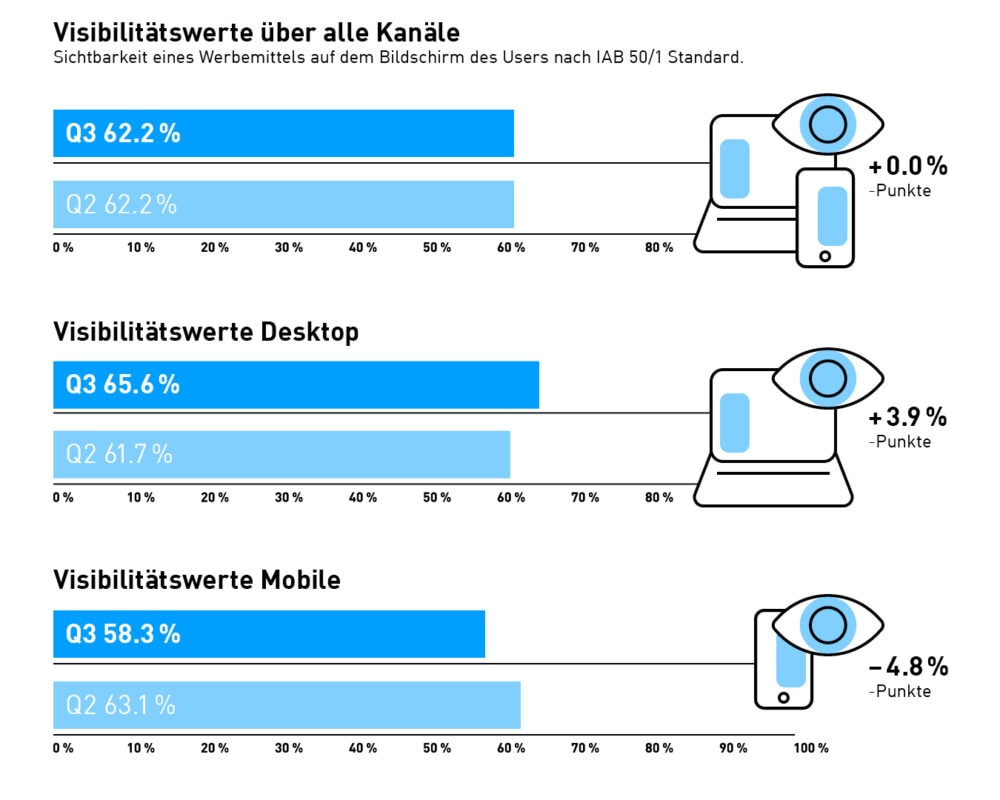