The study "The economic importance of the advertising industry in Switzerland", conducted by the independent Swiss economic research institute BAK Economics on behalf of KS/CS Kommunikation Schweiz in 2019, shows not only how high the added value of this industry is, but also what a deep footprint advertising leaves on the economy as a whole.

Net customer revenue from advertising in Switzerland - including GAFA (Google, Apple, Facebook, Amazon) - is estimated at CHF 6.6 billion for 2018. In comparison, this corresponds to around one percent of the gross domestic product (GDP). The advertising industry in the narrower sense - just advertising agencies and marketers - employs more than 22,000 workers, pays out wages worth a total of around one billion Swiss francs and generates direct value added of around 1.6 billion francs per year. Every advertising franc generates another franc of value added in other sectors, so that the total value added amounts to around 3.3 billion francs.

Same economic importance as the city of Zug

Estimates show, however, that the importance of commercial communication as a whole - from advertising, PR, marketing and sponsoring to the advertising departments of clients - is far higher. With almost 38,000 full-time jobs, the entire communications industry has roughly the same economic importance as the economically strong city of Zug.

Note: The results cannot be directly compared with the 2013 study of the same name. 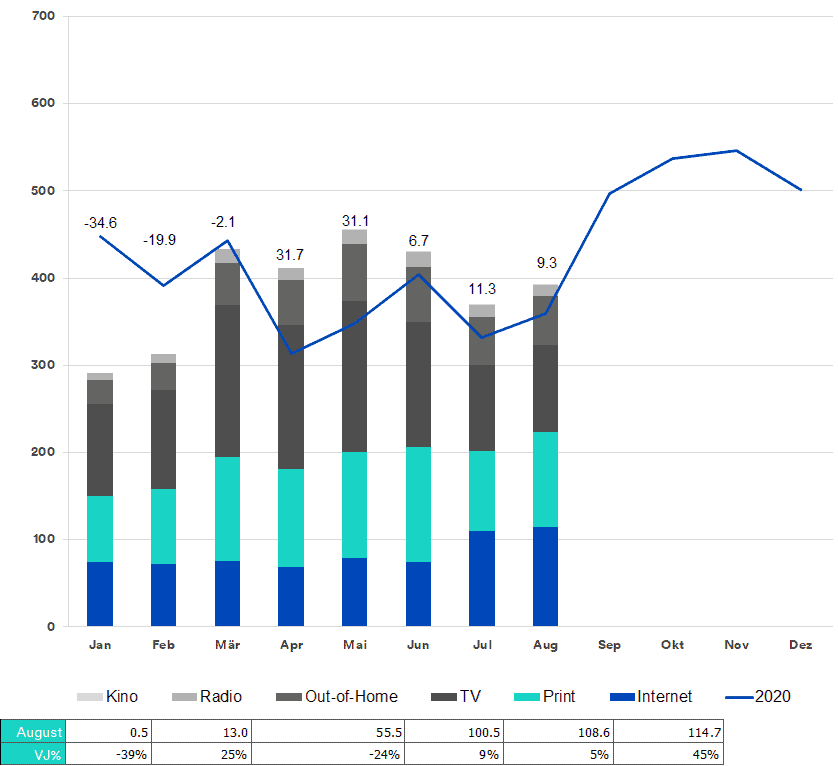 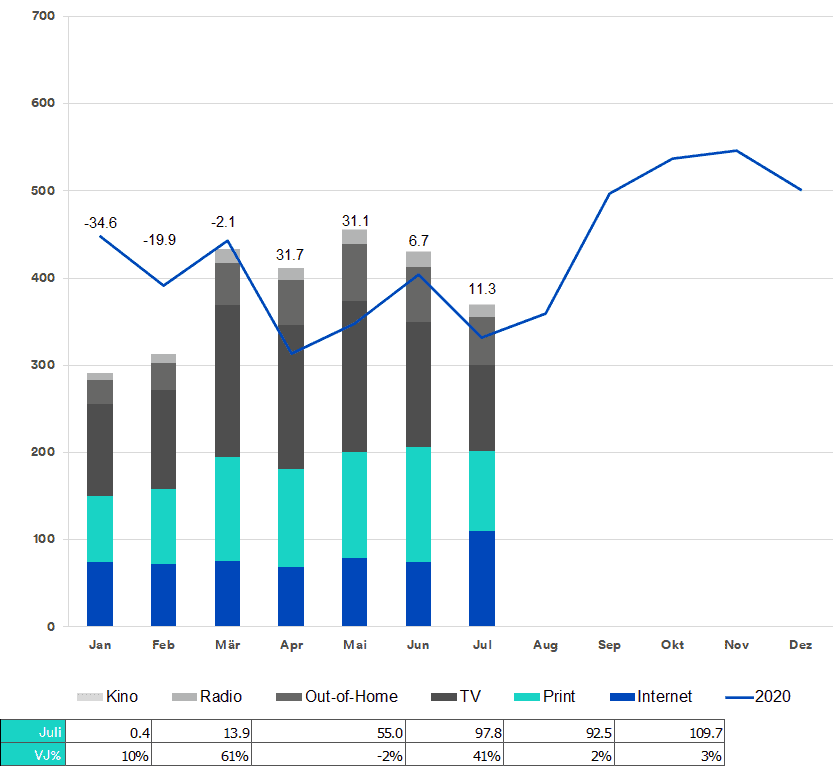