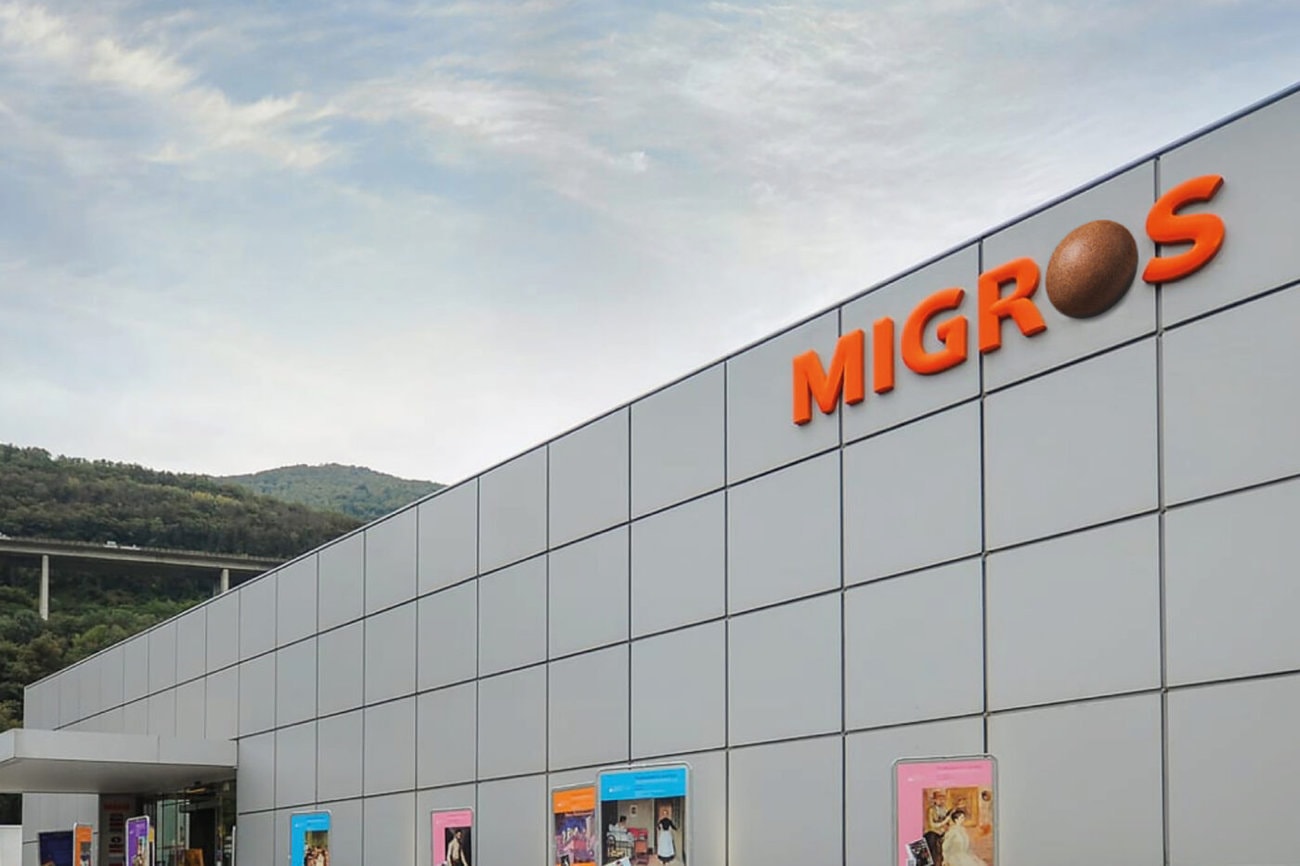 This is made possible by a small, fully compostable ball of pressed coffee. CoffeeB thus has all the conveniences of conventional capsule systems and guarantees the best coffee enjoyment - but generates no waste. As of today, the product innovation is available throughout Switzerland at Migros and Melectronics, as well as in France. Other markets will follow, as interest from other countries has been strong.

36 years after the launch of the coffee capsule, Migros and its subsidiary Delica are kicking off the next big revolution in the coffee market. With CoffeeB, they are introducing the first coffee capsule system that does not require a capsule at all. This is made possible by the "Coffee Ball": a small ball of pressed coffee encased solely by a protective layer patented worldwide by Delica. This layer gives the Coffee Ball stability and protects it from loss of aroma. Like the coffee itself, it is of natural origin, which means that the ball remains completely garden compostable. CoffeeB is thus the sustainable but no less practical answer to conventional capsule systems.

The CoffeeB Globe coffee machine is a single-serve system with an innovative and patented brewing technology. It offers all the convenience benefits of a conventional capsule coffee machine, such as individual variety selection and different strength levels. In contrast to these, however, CoffeeB is a "zero waste" system: the Coffee Balls are made of pure coffee, which saves vast amounts of aluminum and plastic. Worldwide, the amount of waste caused by coffee capsules is 100,000 tons per year, according to data analysis by Euromonitor. Although partially recyclable, much of it ends up in the trash.

"In the past ten years, Migros has already saved almost 9,000 tons of packaging material thanks to optimizations. The revolution of the coffee segment with the single-serving system thus fits 100 percent with Migros' sustainability strategy," says a delighted Fabrice Zumbrunnen, President of the General Management of the Federation of Migros Cooperatives. "With CoffeeB, we can offer capsule-free coffee enjoyment without having to sacrifice the convenience of capsule systems. We are convinced that with CoffeeB we have developed a technology that meets today's consumer needs and will have a positive impact on the environment. It is the most significant product innovation in the history of Migros".

The whole system is sustainable

The sustainability of CoffeeB goes beyond the garden compostability of the Coffee Balls. The machine consists largely of recycled materials and can be repaired by Migros service centers if necessary. Thanks to the modular machine design, individual technical components can also be replaced. Furthermore, the entire system and all coffees are 100 % CO2 compensated. The beans come from sustainable cultivation and, depending on the flavor, are either Rainforest Alliance or certified organic and Fairtrade. All packaging is recyclable.

Fabrice Zumbrunnen: "The simplicity of CoffeeB hardly gives you an idea of how much internal development work and team effort went into the technology. It took five years from the idea to the launch, during which there were numerous failures. But the vision of developing a completely waste-free capsule system was always stronger."

The CoffeeB launch campaign aims to make people aware that even individuals can make a big contribution to a better environment - even when it comes to something as small as a portion of coffee. Frank Wilde, Head of CoffeeB and Café Royal: "Every year, 63 billion capsules are sold, and the associated waste amounts to around 100,000 tons despite recycling efforts. With CoffeeB, everyone can now help to avoid this environmental impact."

In the accompanying film, various international politicians are shown propagating sustainable changes. But they are apparently taking their time implementing these measures - "until 2040....2050....2060." Meanwhile, the big changes are taking place on a small scale: in the case of a consumer who makes himself a coffee using a Coffee Ball instead of a capsule.

The film, spectacularly realized by director Martin Werner and Zurich-based film production Pumpkin, is used in a wide variety of lengths and formats, on TV, social media, digital posters to 6-second YouTube bumpers.

Posters, digital ads and a host of POS measures are also used. In Switzerland, the CoffeeB system is not only used in over 100 Melectronics stores, on Digitec, Galaxus or on coffeeb.com but also in around 650 Migros stores. Accordingly, there is a lot of POS communication including a separate brand presence in all Migros and melectronics stores. For all measures, the creative team responsible for the campaign, Peter Brönnimann and Art Director Simon Staub, created an independent brand presence with a grid system. "On the one hand, this allows the function and advantages of this coffee innovation to be explained pictorially and associated with enjoyment; on the other hand, the brand presence for CoffeeB is different from everything else in the category."

To celebrate and announce the product innovation, which is significant for Migros, Migros changed various Migros logos on September 6 and added a Coffee Ball in place of the O in the logo: Thus at five large Migros supermarkets across the country and on Migros Online. The special logo also serves as a hook for the press conference on the product innovation. 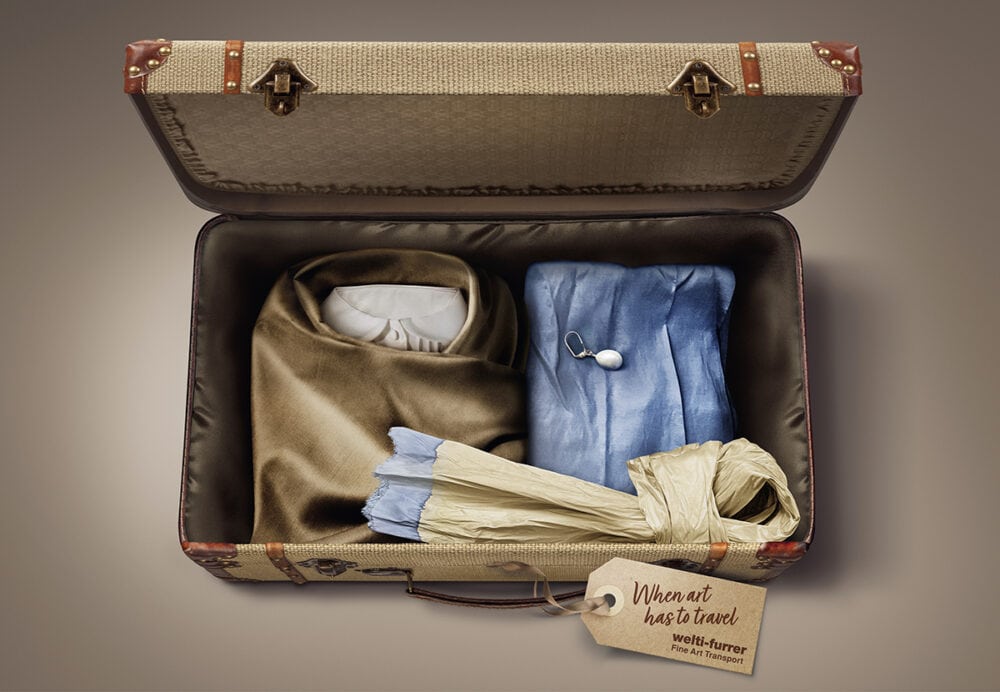 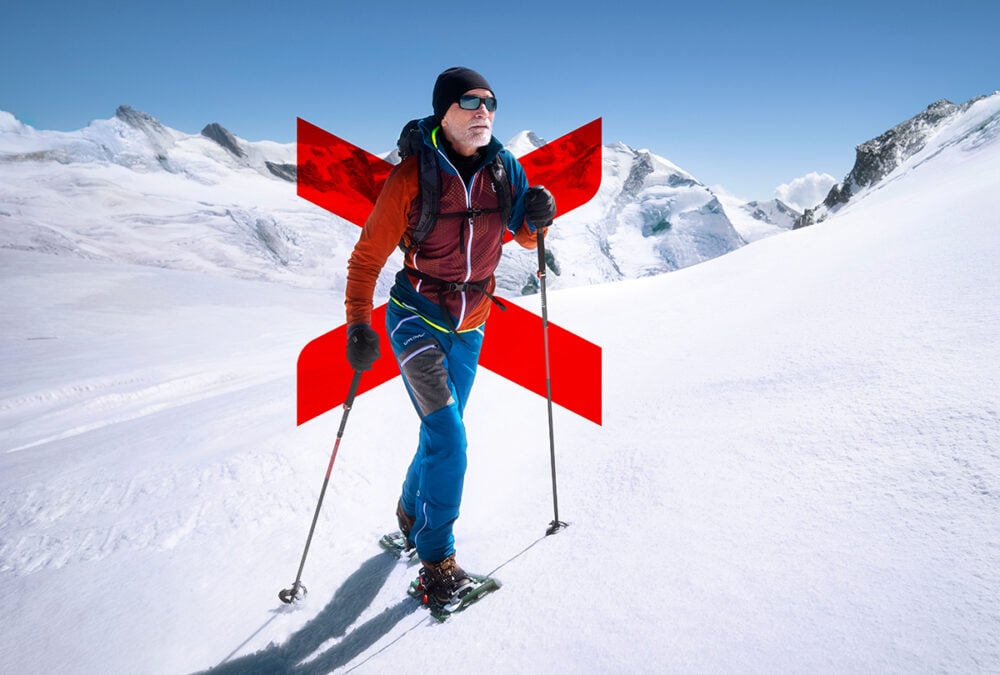 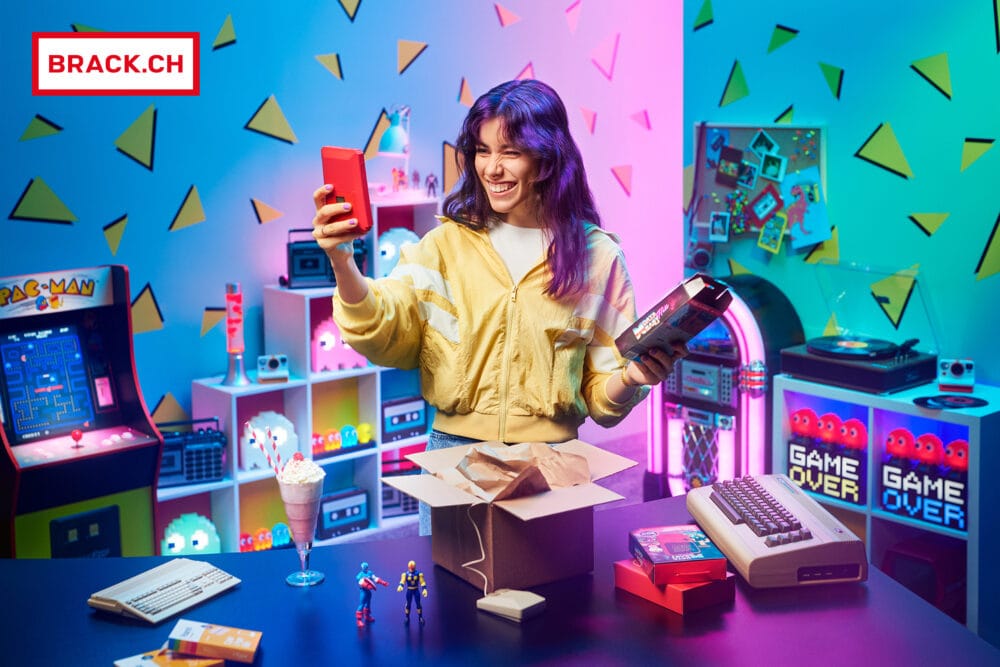