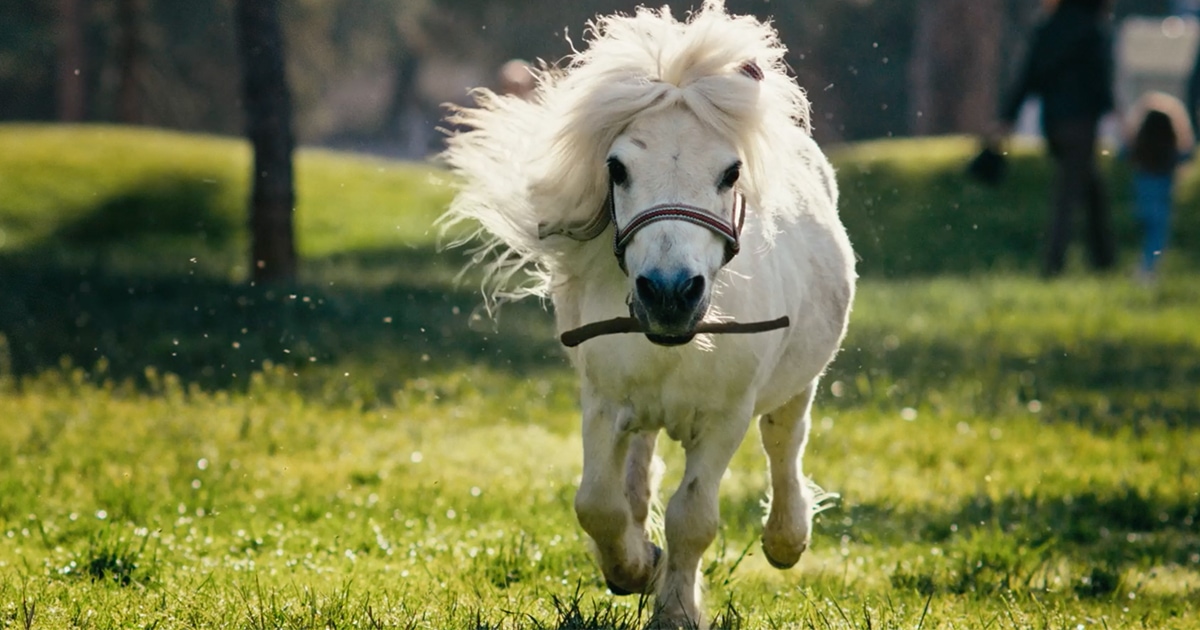 PostFinance chose Wunderman Thompson's campaign after a pitch. For the agency, the challenge was to cover all target groups and subject areas with a single core message and campaign mechanics. That's because in addition to the general information of switching cards, the card's multiple uses must be emphasized: For payment in online retail, in gastronomy, the service sector and abroad.

To convey the message, the message of the PostFinance main campaign is taken up, but instead of claiming "It's normal, isn't it?" as there, the question is asked "Is it normal?". 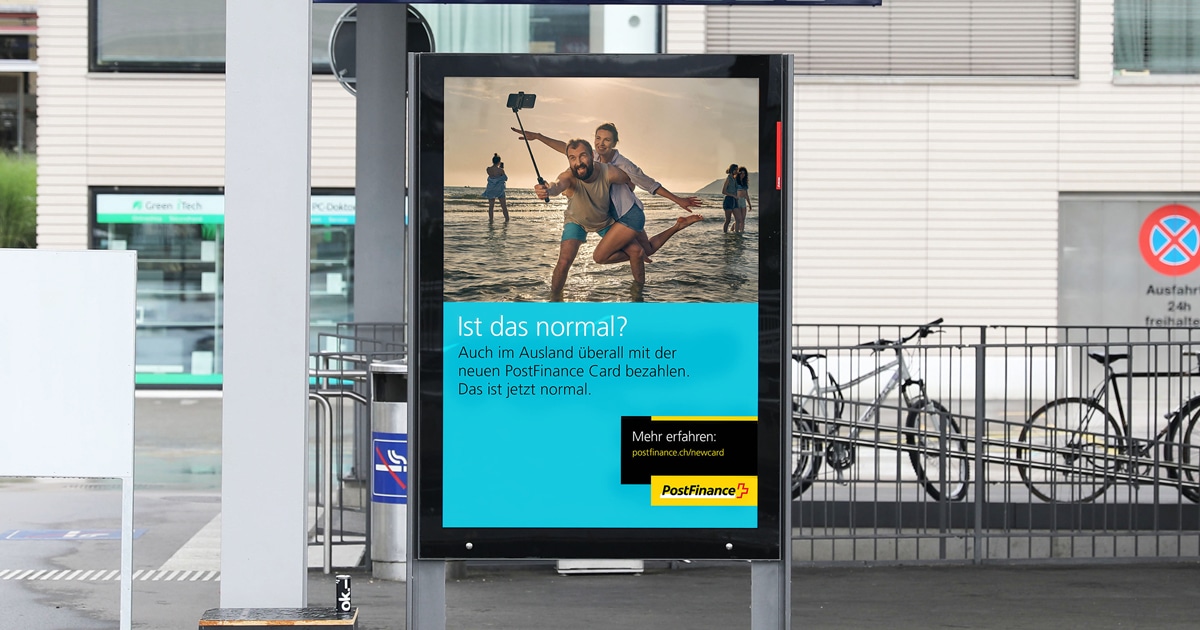 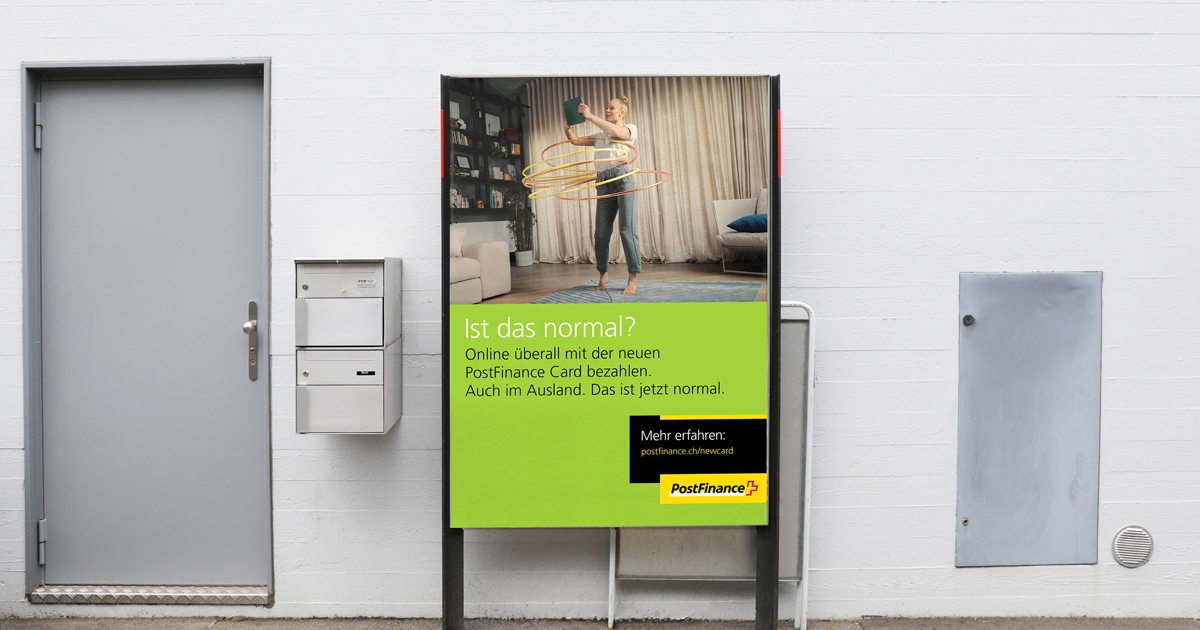 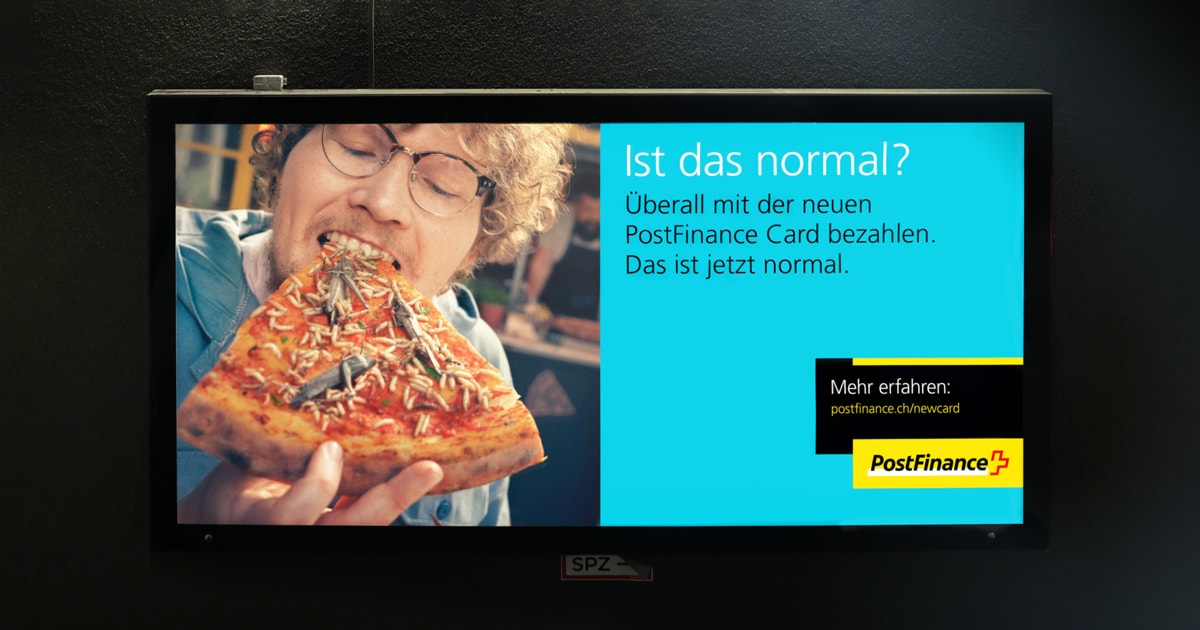 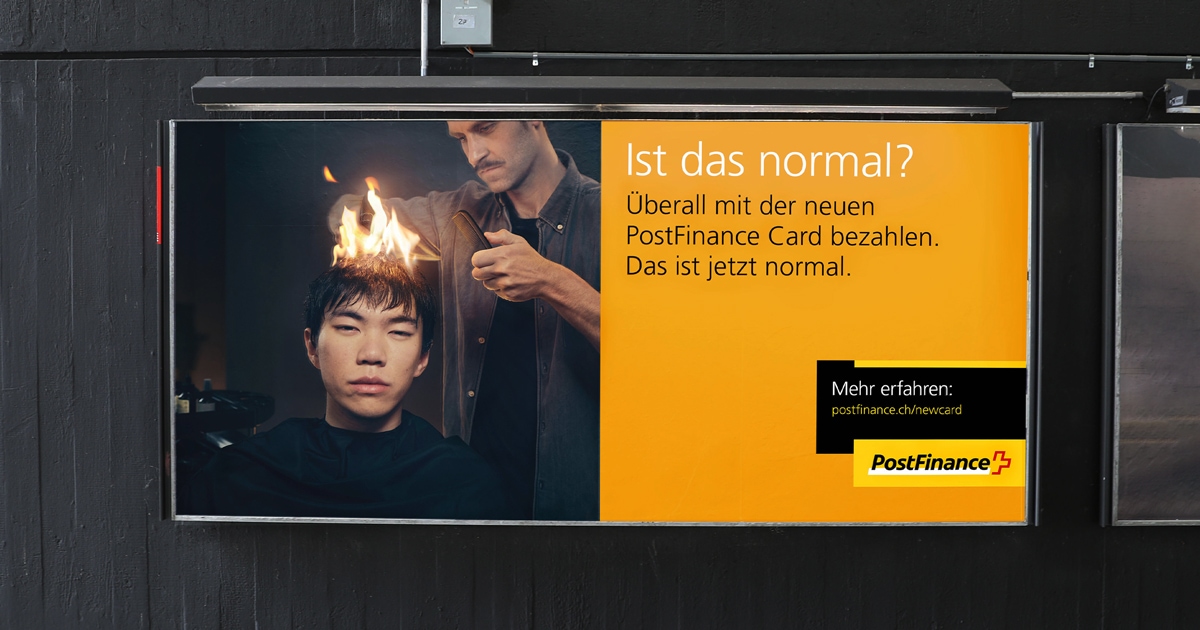 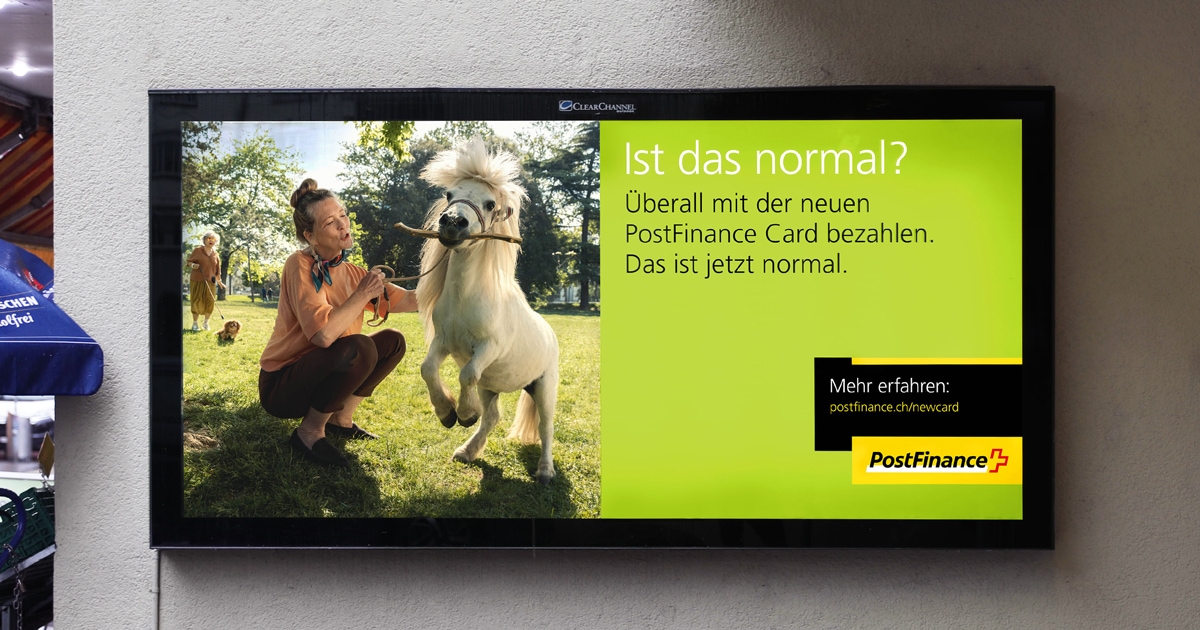 The campaign has been on-air since mid-June and consists of five different subjects that were specifically designed for moving image channels as well as print and OOH and are played out in all common formats, both digital and analog. 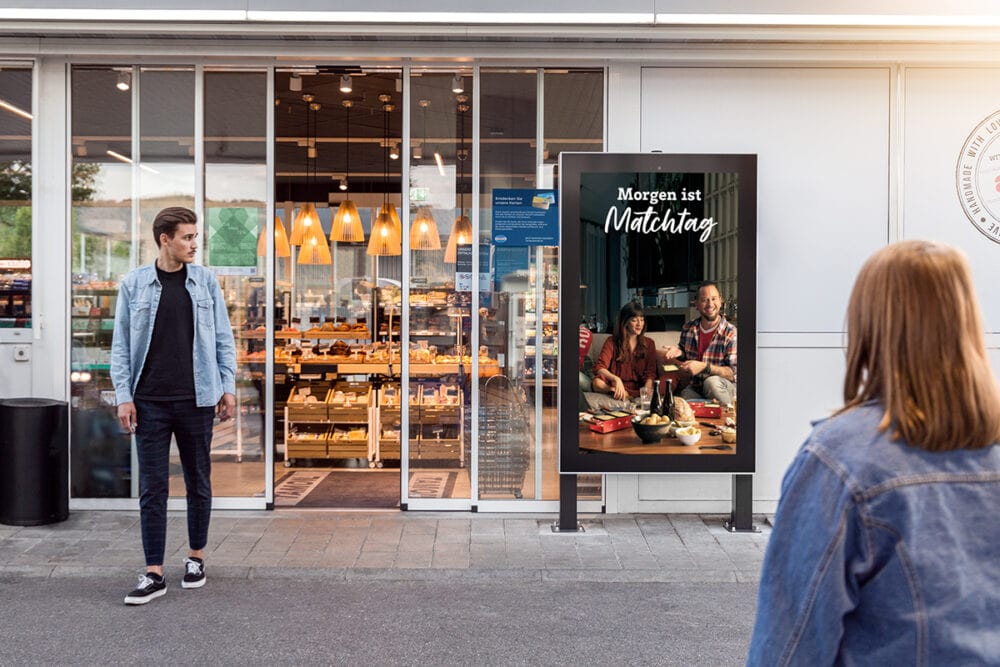 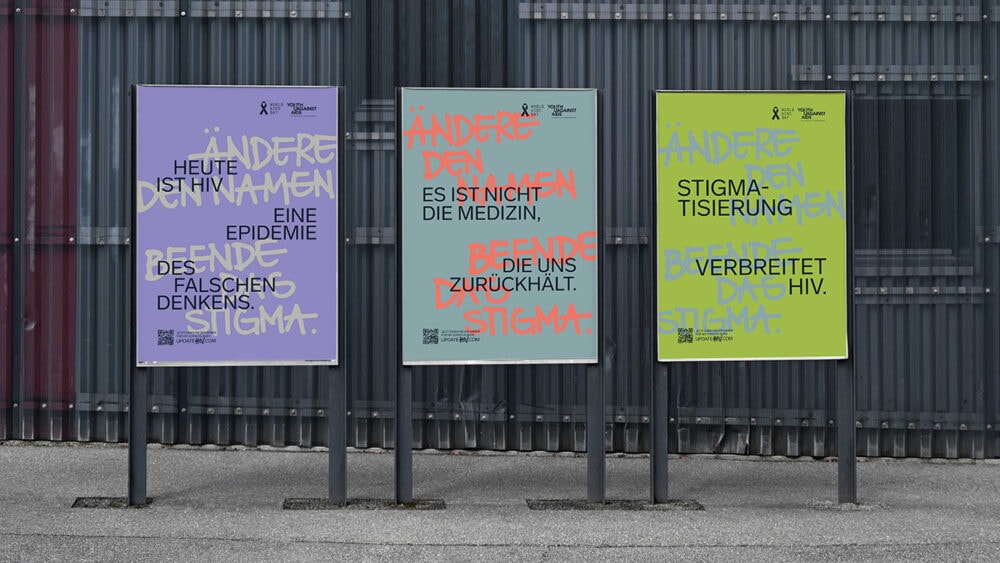