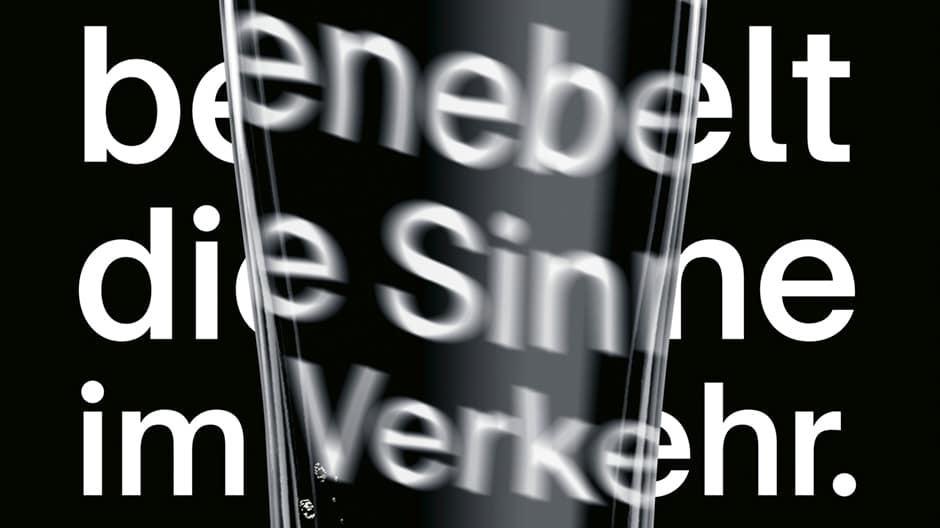 Alcohol is one of the greatest safety risks in road traffic - not only when drunk in excess, but even in small quantities. Even one glass has a negative effect on driving ability, because attention and vision are impaired.

Especially the influence of small amounts of alcohol is underestimated by many. This is where the new national prevention campaign comes in, which Ruf Lanz designed and implemented on behalf of the BFU.

The agency illustrates the effect of alcohol by placing an empty glass of beer, wine and prosecco in front of striking headlines. This produces precisely the distorting, befogging and clouding effect that alcohol has on the road.

The campaign is being played out throughout Switzerland in German, French, and Italian. On over 6,000 billboards as well as in animated form on social media, on the BFU website and via DOOH.