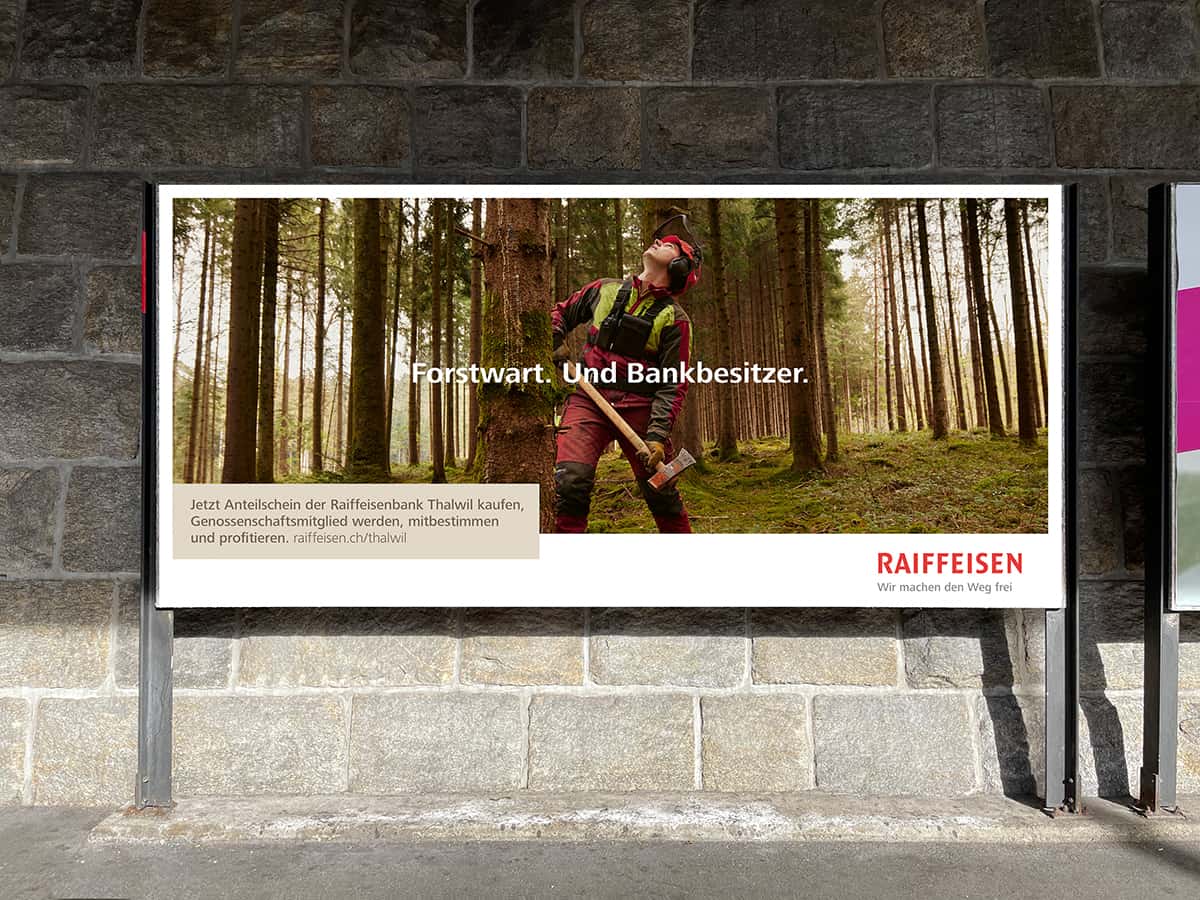 Six branches of Raiffeisen Switzerland are becoming independent cooperatives. Anyone who now buys share certificates and, as a member of the cooperative, can actively participate in the bank's business and share in its success, can rightly claim to be a banker. Even if only as a sideline: Whether fisherman, doctor, musician, brewer, forester or firefighter - everyone can subscribe to share certificates and become a banker.

MRB Metzger Rottmann Bürge's campaign dramatises precisely this, portraying 16 of many new bank owners in six regional campaigns, who were found in close cooperation with the regional branches for the campaign and are thus truly locally anchored.

In order to quickly acquire new members and cooperative capital in each of the six regions, the campaign relies on micromarketing with a strong local focus. Three of the six regional campaigns are already in use online and offline and can be seen in the branches as well as in direct marketing measures. A TV spot for local television completes the regional measures.