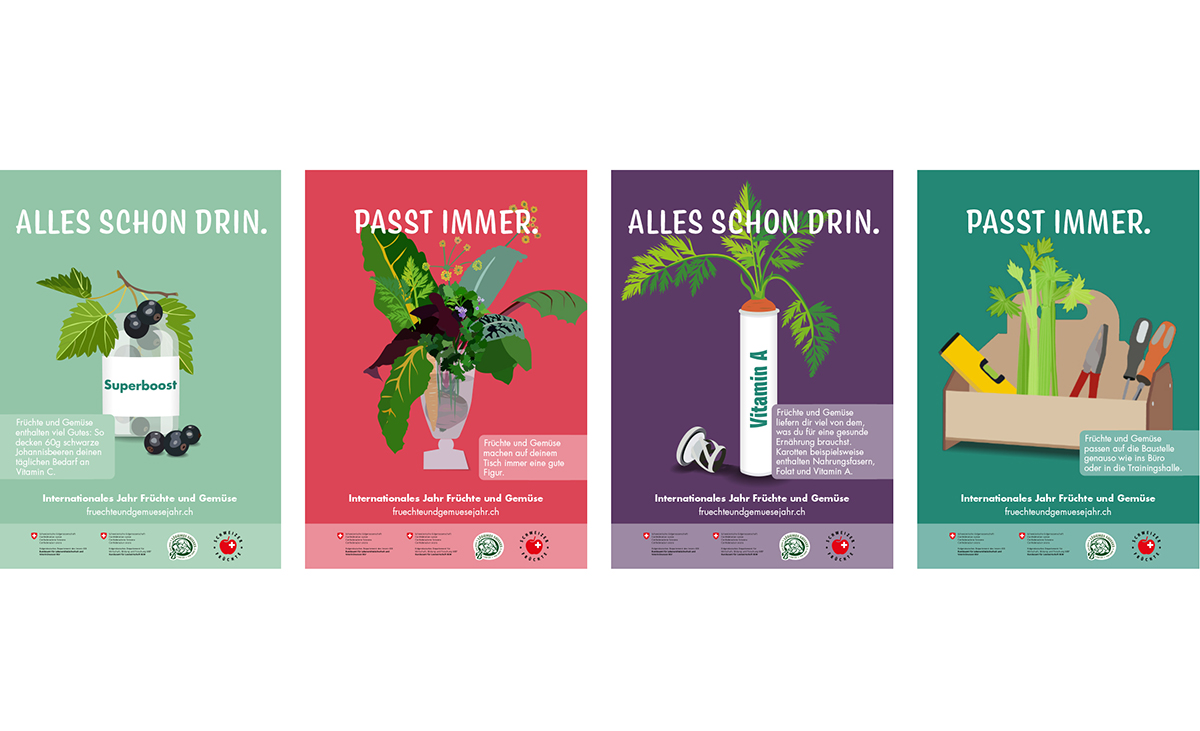 The Bern agency has implemented the trilingual online campaign with the aim of playfully arousing sympathy for fruit and vegetables and demonstrating the arguments in favour of a balanced diet. The first wave of the campaign, which is currently running, focuses on the campaign messages "Alles drin" (Everything's in it) and "Passt immer" (Always fits), while the second wave will highlight the educational content for teachers after the summer holidays - at the same time, materials for the classroom will be posted on the campaign site.

One for the Campaign website produced explanatory film is intended to motivate people to be bolder in their own kitchens and reminds them of the messages of "5 a day", the BLV's commitment to health promotion.

The campaign will run until the end of the year. 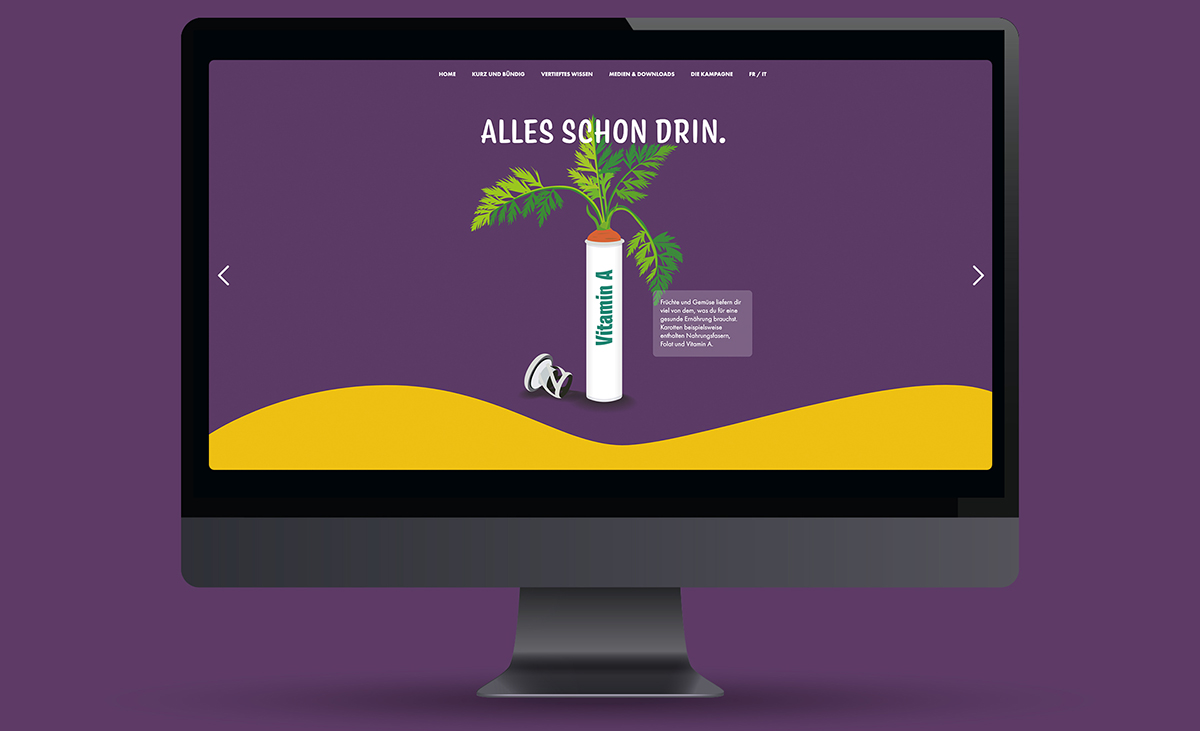 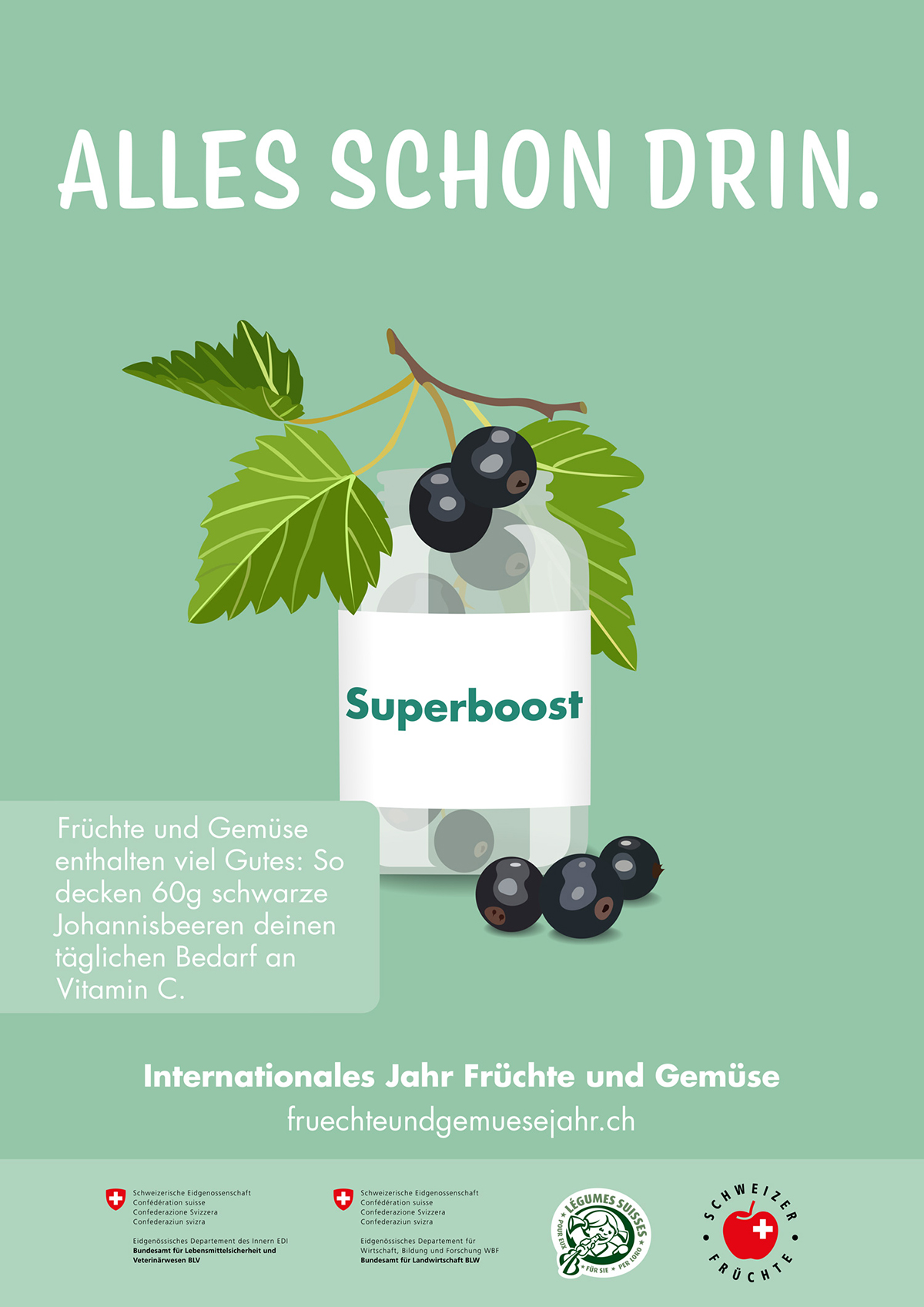 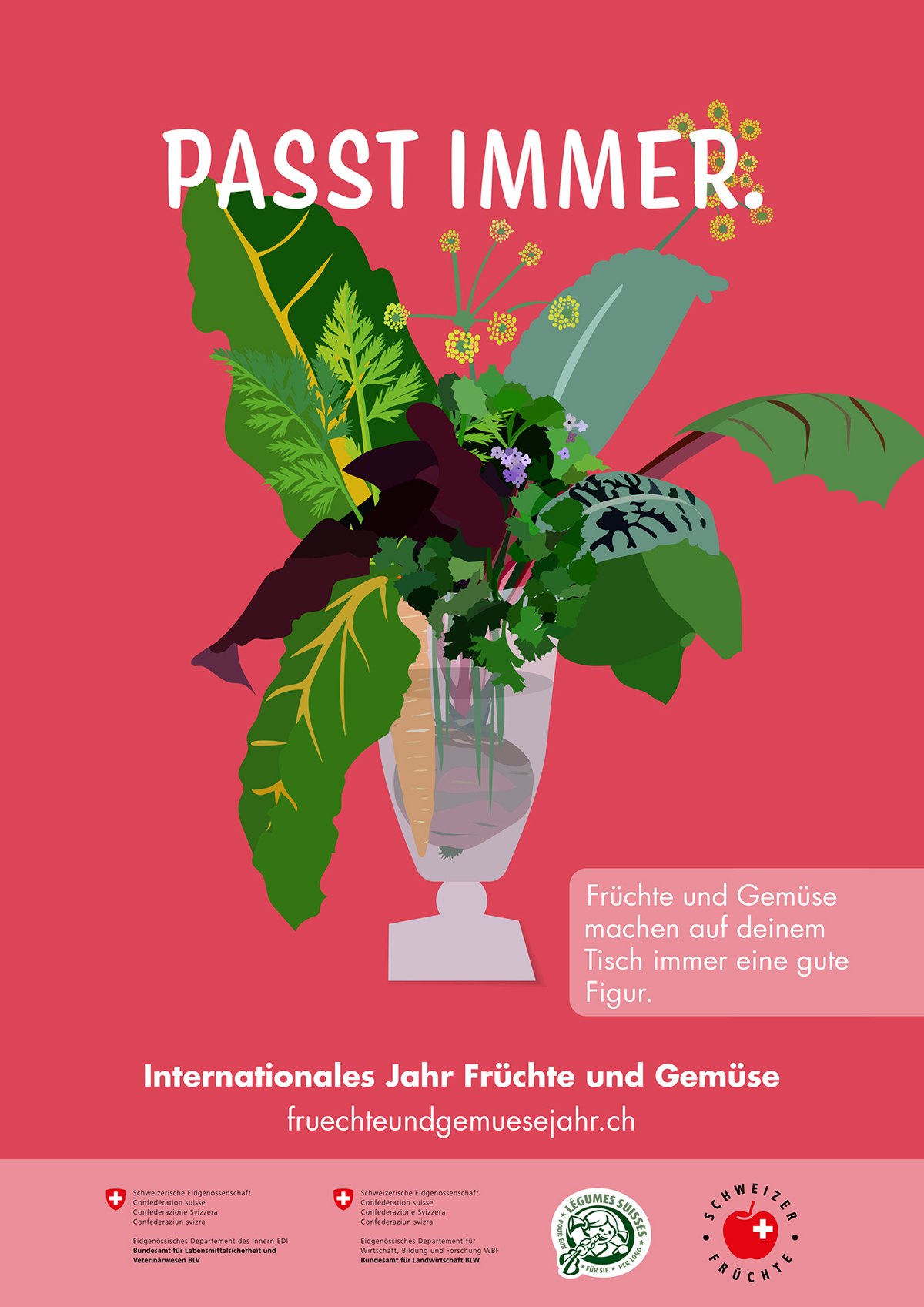 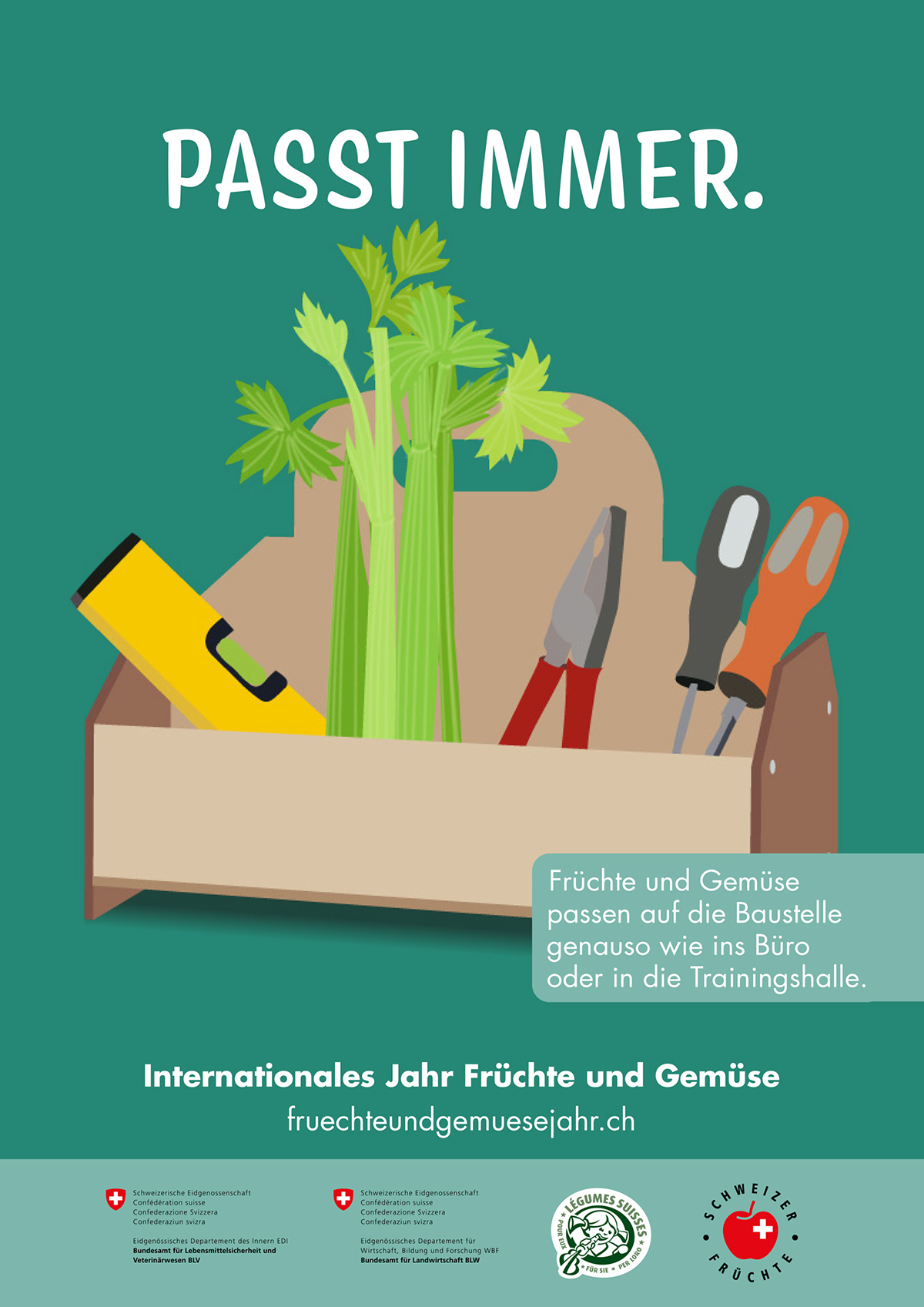 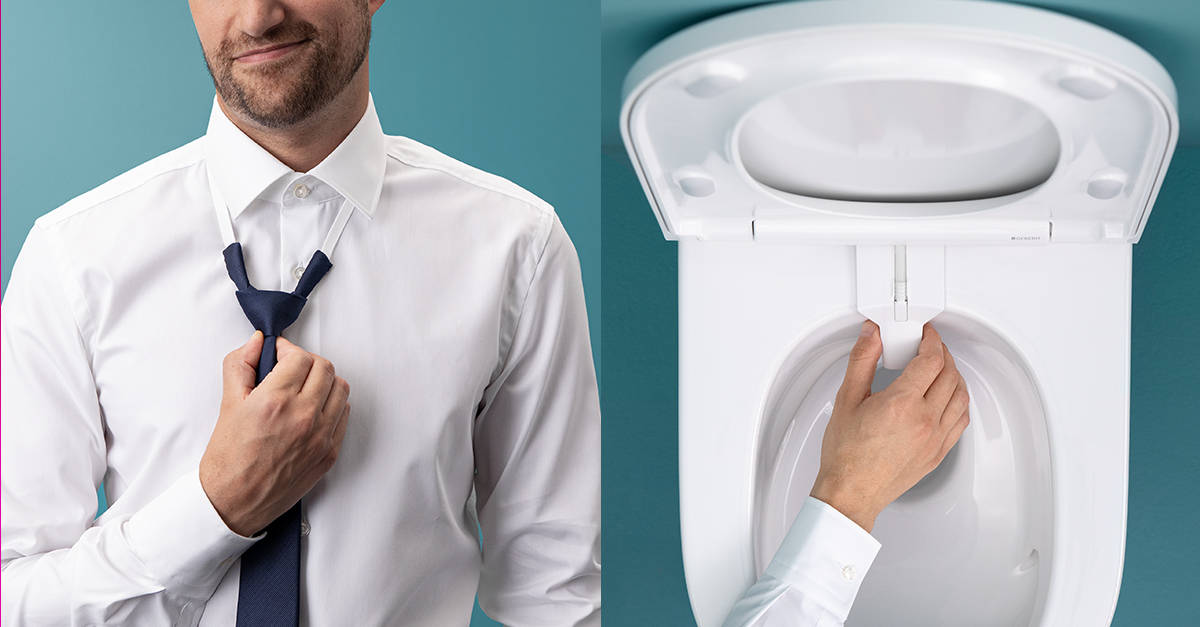 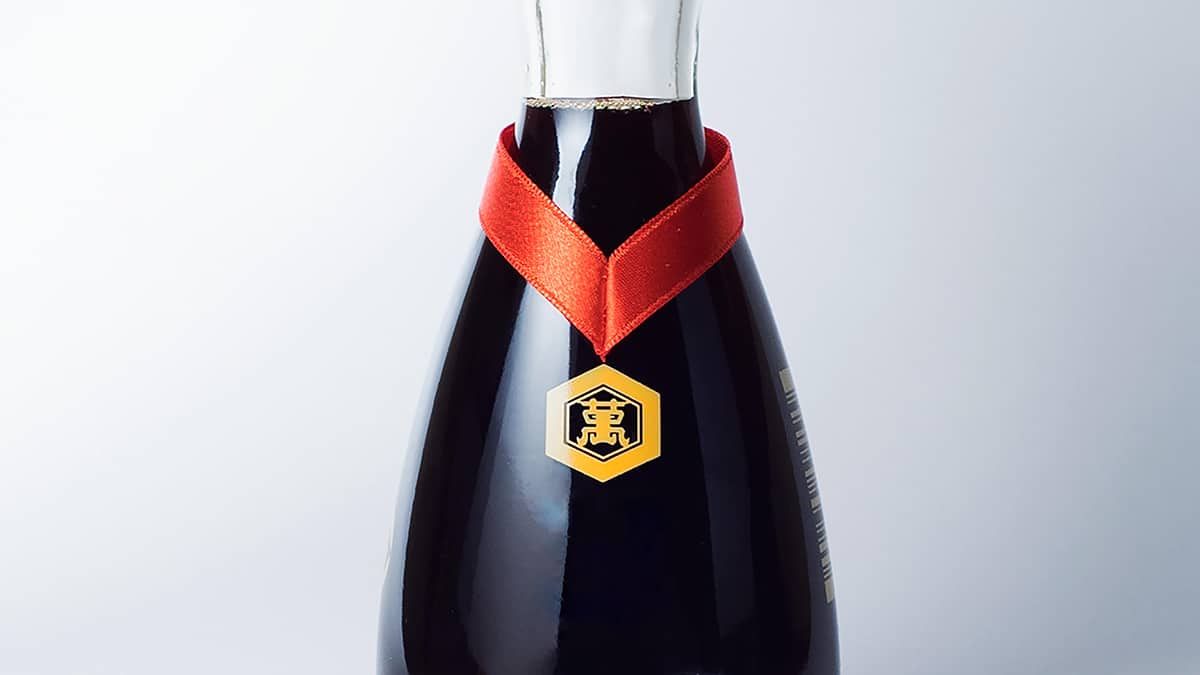 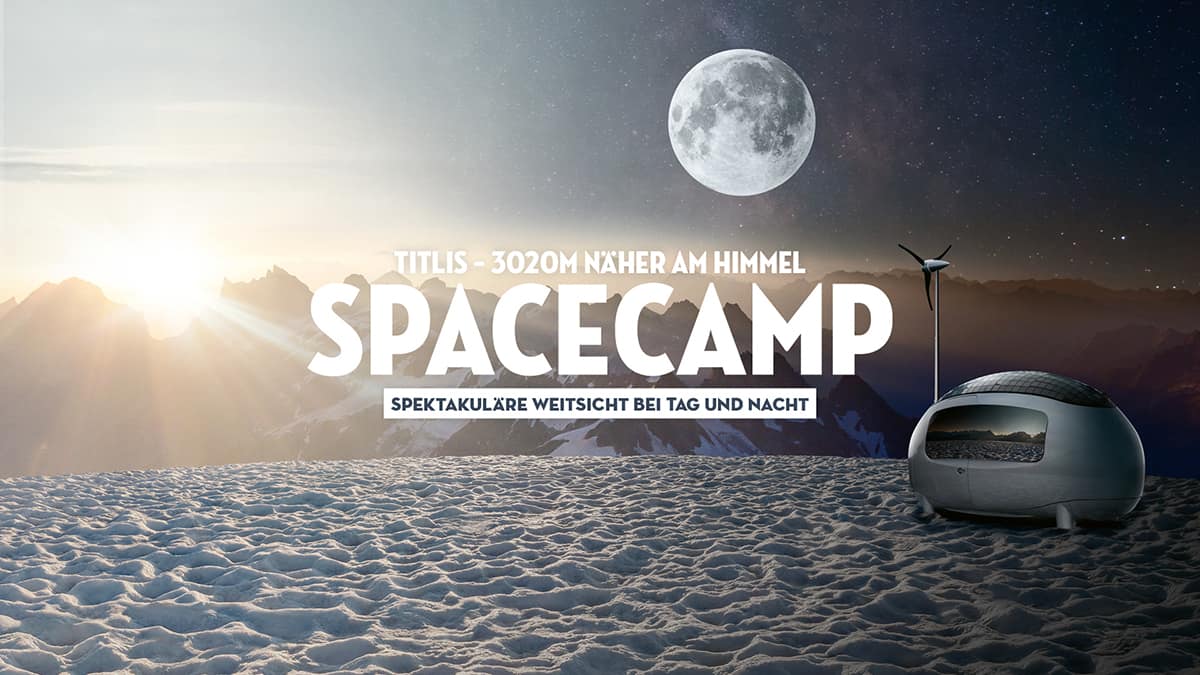