After shops, stores and boutiques were allowed to reopen on 1 March, restaurants and cafés have been able to serve guests on their terraces again since Monday. The VBZ and Ruf Lanz react to the gradual relaxation with a picture-perfect advertising line.

In this way, VBZ not only communicates its range of services in an unmistakable way, but also supports the gastronomy and trade in Zurich in these difficult times. The course has already been set for further subjects on possible scenarios.

At the same time, the VBZ point out in the text to continue to adhere to the protective measures so that everyone can continue on this path of gradual opening. 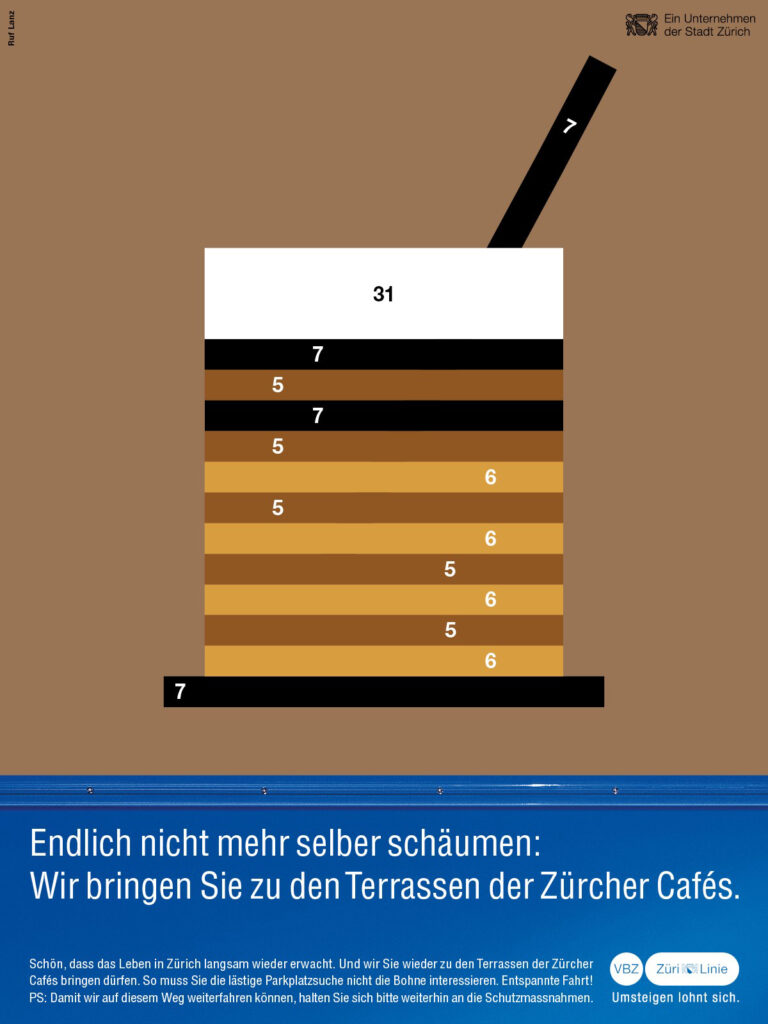 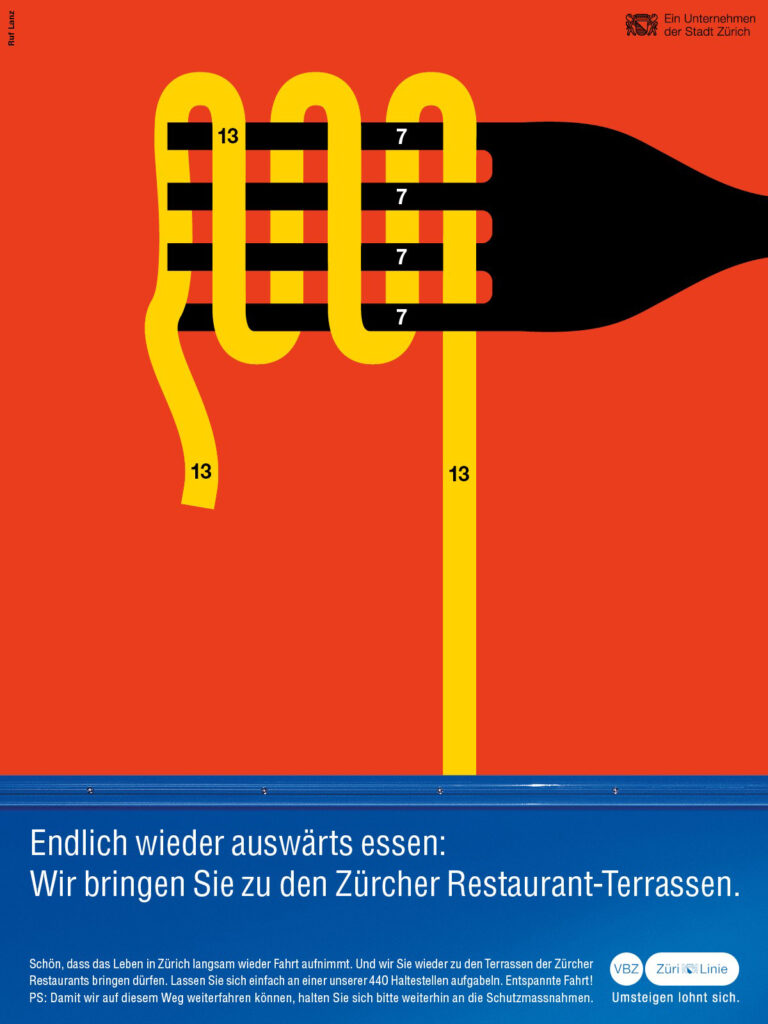 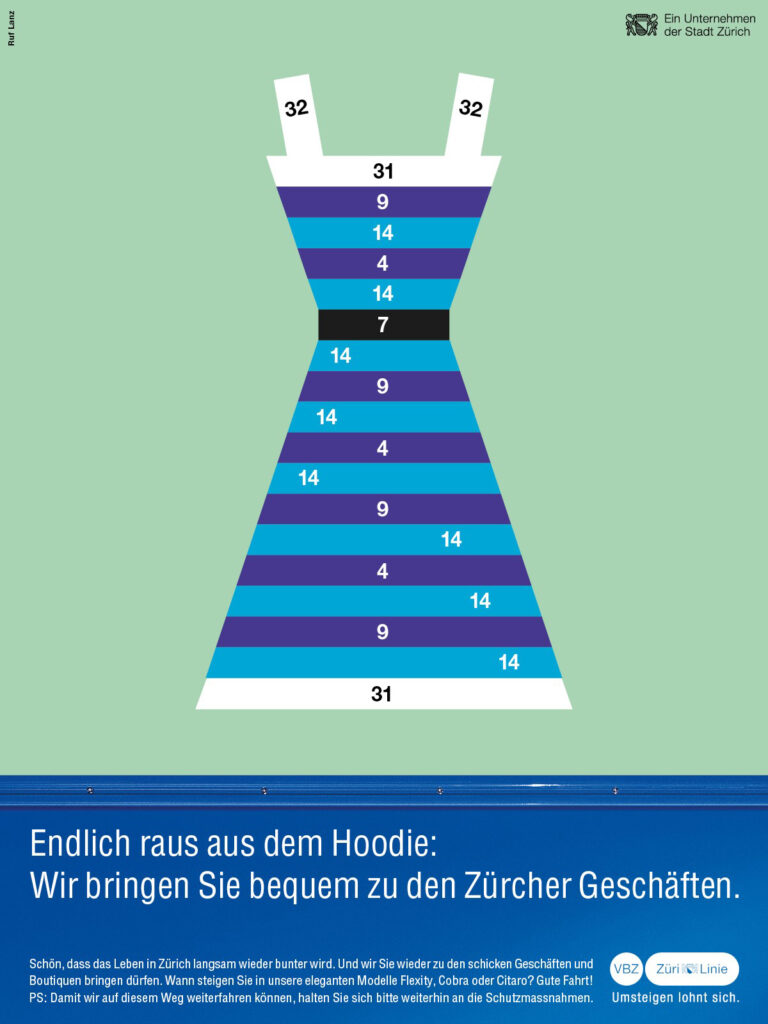 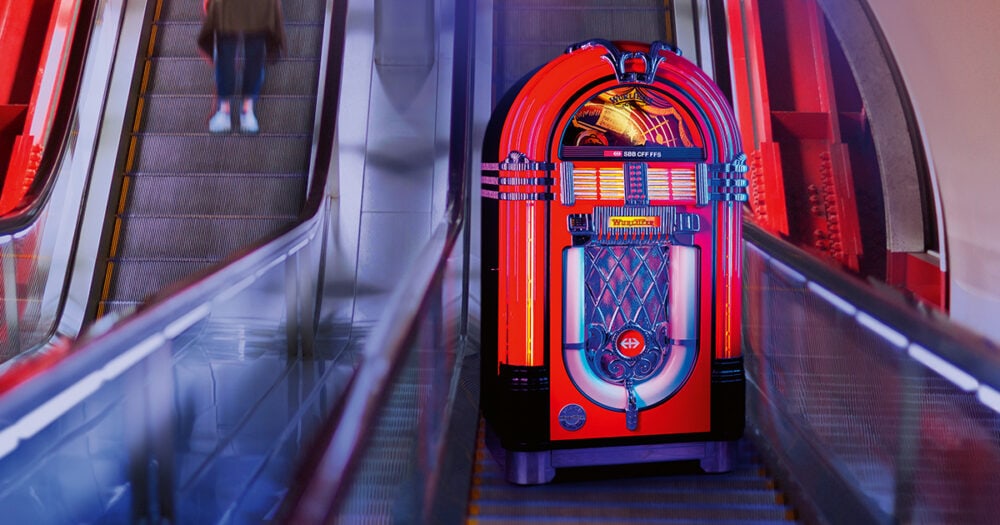