The black rhino - popularly known as the "black rhino" - is on the list of critically endangered species. Only about 5,500 specimens of the species still live scattered in the southern and eastern regions of the African continent; constantly threatened by poachers.

To raise awareness of this tragic situation and to raise money for species conservation, David Ryan, entrepreneur and CEO of travel provider Rhino Africa, hosts Namibia's annual  "Challenge4ACause"a mountain bike tour of more than 400 kilometers through the wilderness of the Damaraland Desert. Participants pay a fee, the majority of which benefits the protection of the "Black Rhinos". In return, they are supported in route planning and logistics.

For the fourth time, a team from the Zurich agency Webrepublic, which has supported the initiative for eight years, also took part in the "Challenge4ACause": CEO and Founder Tom Hanan, Team Manager Samuel Kirchhof, Consultant Oscar Pfeiffer and Campaign Manager Juan Garcia faced heat, sunburn and sore muscles - and performed for Advertisingweek.ch a desert diary.

Day 1: "And suddenly there are no more trees".

Our journey to the "Challenge4ACause" almost ends before it really begins: We almost don't make it from Zurich to Frankfurt Airport in time, thanks to the current airport chaos. With a lot of luck (and quite close!) we catch our connection to Namibia after all, at the airport our driver Kyle receives us. Patiently he answers all our questions about Namibia, the culture of the country and our upcoming mountain bike tour through the desert of Damaraland. We listen to him intently until the landscape outside the window binds our attention with almost hypnotic power: The town around the airport gives way to isolated houses; the bushes and trees along the way grow sparser. And suddenly there are no trees at all, but only an emptiness as impressive as it is unusual; a horizon that seems to constantly elude us. At Cape Cross Lodge, the hotel from which we will start our first bike stage, we meet our fellow travelers - they come from all over the world and are, just like us, almost speechless because of the surrounding vastness. We go to bed early, because we know: tomorrow we have to perform.

After a sumptuous breakfast - after all, we have to "fill up" on calories to burn them off again later - several minibuses take us and our mountain bikes even farther away from civilization than we already thought we were. The course goes to the Messum crater, or to say it more figuratively: towards no man's land. A spectacular "nothing" awaits us; a steppe in which the senses have nowhere to hold on to. The typical safari animals do not appear during the whole day, at most a few giant dung beetles shimmering in the sun. Nevertheless, our crew has great fun racing down a hill over rough scree. In the evening we sit around a big campfire with the whole "Challenge4ACause" group. The first seventy kilometers of the tour are done. And we realize that the adventure has begun.

Day 3: "Together in the headwind"

After yesterday's "warm-up" and a quiet night, we find ourselves on the mountain bike saddle very early. Today we have to cover more than 80 kilometers to the first desert camp; nature is not exactly merciful to us: A strong headwind sets in soon after the start of our stage, which is why we make much slower progress than planned. Again and again we "push" each other when we notice that someone is falling behind the group - and are rewarded for this with the entire color palette of the Namibian desert. Black rock, golden sand in the air, red mountains in the distance.

Our guides promise us a "nature pool" at the end of today's route, but also warn us that this desert lake is teeming with scorpions. So with that we feel it, the textbook definition of "mixed feelings" ;). We still haven't seen any rhinos, elephants or antelopes. But fresh excretions show us that the animals are very close, but they are denied to our glances. Maybe it is better that way, because the less they show themselves, the less likely they are to become the target of poachers - and after all, we are here to set an example against poaching. So let's keep going, towards the oasis and the scorpions.

The fourth day, again more than sixty kilometers - the destination today is called "Cliff Camp" and to reach it we cross hilly terrain. With so many climbs on unpaved (or even non-existent) paths, we ask ourselves whether we can finish the "Challenge4ACause" at all. Fortunately, such thoughts then quickly fade away - because we know what it's all about and also because the group now harmonizes fantastically. Everyone gets support and motivation when he or she needs it. Also from nature, which now no longer honors our presence with a headwind, but with animal "fence guests": With a nice regularity, those desert dwellers now appear in the periphery of our view, which are otherwise only known from the TV documentaries of "National Geographic". We see them, draw each other's attention, rejoice. Do they see us, too? Maybe they do - or they smell us and therefore keep their distance in time. At least, whenever we finally think we're getting close to them, they've disappeared into the shimmering desert air.

Day 5: "Between giving up and hanging on".

On the fifth day of our desert tour, it becomes clear to all "Webrepublicans" - in one way or another - that we are passionate hobbyists, but not mountain bike professionals. During the night, the wind blew so hard around our tents that we hardly got a wink of sleep ... but still we saddle up, hoping to spot maybe one of the rhinos we're talking about here. At least we are told that they sometimes stay in the "Palmwag Concession"; a protected area that we will pass today. But we are tired, exhausted and struggling with our own demands: Oscar, our consultant, has to give up halfway through today's walk, transfer to the support vehicle ... and is quite annoyed about it. Team manager Samuel holds out, but has to say goodbye to the idea of being able to ride the entire tour at the head of the group. The desert, we also realize, makes us more humble. And shows that we humans - despite the brilliant organization around the "Challenge4ACause" - cannot, must not, should not dominate on every terrain. This is a lesson we will take back with us into our everyday lives.

On the last two days of our "Challenge4ACause" we want to take it all in one more time - the challenge, the sweat, the sun, the pain. We want to reach the "Overhanging Rocks", an ancient stone formation and a secret highlight of the tour, by mountain bike. In front of our inner eyes we already see how we cross the finish line in Doros Nawas and hug each other. The end of the route demands everything from us once again. Juan's knee, which has already caused him problems at the beginning of the tour, forces him to listen to his body after a few kilometers and to change from the bike to the support vehicle. Now he enjoys a great safari in the jeep: "We can also crush it inside the car!", the driver motivates Juan - and pushes the gas pedal. Only to slow down again: Elephants and giraffes appear, a salute of nature to these - as one German participant puts it - "positively nuts" who have spent a week braving the elements in the desert. And then it's over, there are a few tears, a mixture of exhaustion and joy; a lot of relief at having made it. 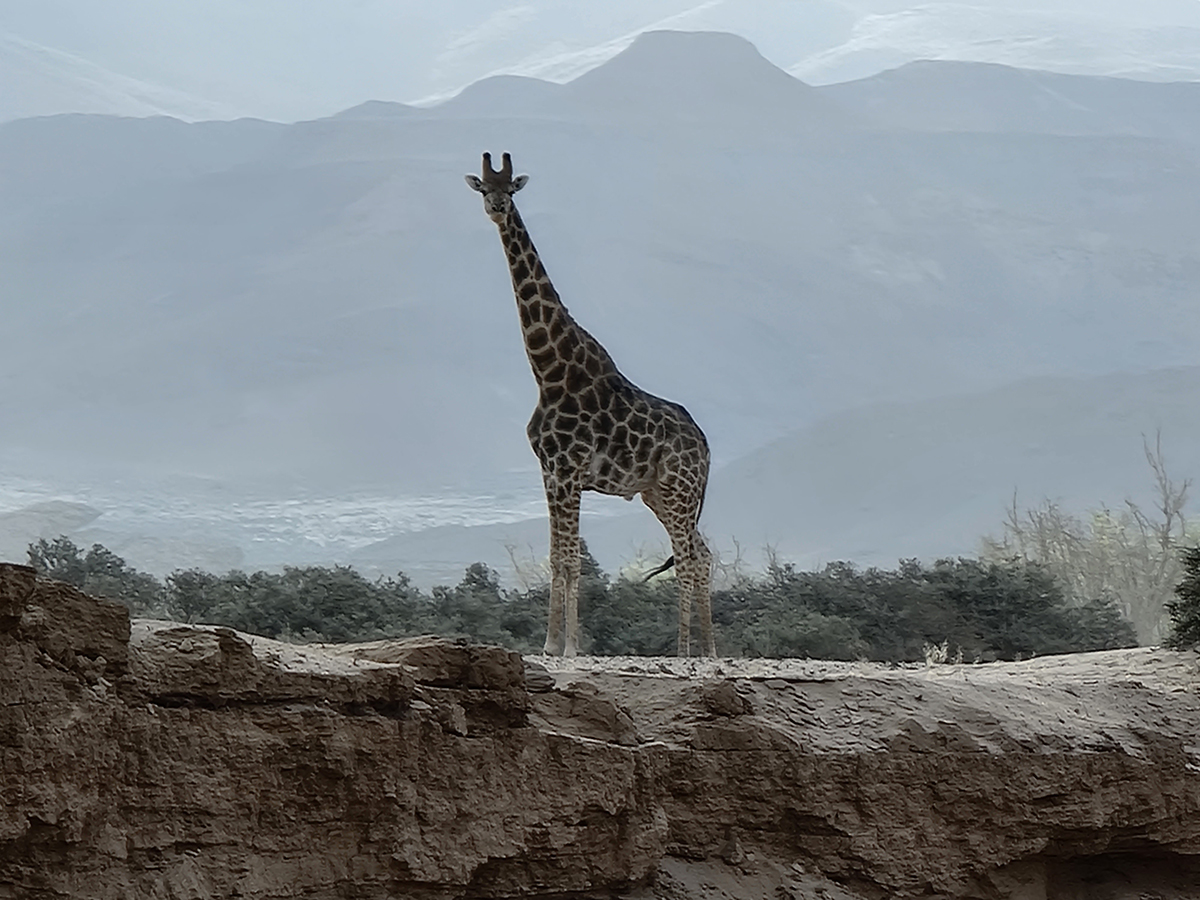 During the conversations in the Webrepublic team, but also with the other participants of the "Challenge4ACause", we reflect on the experience: Of course it is a special (and privileged, we may admit!) way to create awareness for the situation of the black rhino and generally the endangered flora and fauna of Namibia - because an adventure component is included, because we are excellently looked after. But still, what we did here is not a vacation: the "Challenge4ACause" is a real challenge; the pedals have to be pedaled, in deep sand or on gravel roads - up hill, down hill. And we see practically on the spot which projects are initiated with the participation fees - how urgently these projects are needed. Finally, the whole thing has also brought with it a certain "addiction factor," despite the strain. At least that's what Campaign Manager Juan asks as we make our way home: "Guys - do you think there are other challenges like this? I would like to see Botswana!"

* On authorship: The diary entries are a synopsis of audio memos by Webrepublic contributors Tom Hanan, Samuel Kirchhof, Oscar Pfeiffer and Juan Garcia. They were edited by Editor-in-Chief Johannes Hapig. 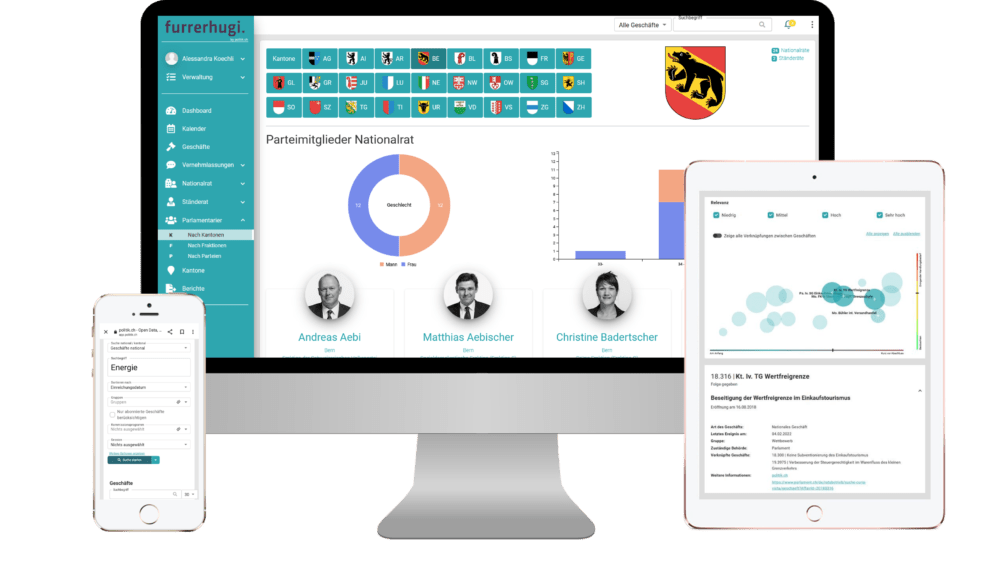