The creative ranking of Werbewoche

This success was made possible by two campaigns that won awards in numerous competitions in 2016. In "Search racism. Find truth" for the organisation Flüchtlinge Willkommen (Refugees Welcome), targeted spots were placed in front of YouTube videos with xenophobic content, in which refugees debunked the subsequent prejudices in their own unique way: with facts, personal stories, surprising revelations or even humour. Thanks to the complex combination of channel and keyword targeting as well as bookings of unskippable ads in front of selected videos, the campaign achieved the highest possible visibility. And thus led to "concerned citizens" being forced to engage with the refugees and their arguments.

The "Bandenbingo", FCB Zurich's other successful campaign, additionally turns every HC Davos home game into a bingo game for the spectators in the stadium and those watching on TV at home. For each check on the board, the corresponding number is displayed on the stadium screen and the participant can cross it off on his mobile bingo slip on his mobile phone. Those who have filled their slip win prizes or can benefit from discounts.

Cornelia Harder, CEO of FCB Zurich, is thrilled with the result: "Surely a hammer, no question," she thinks. On the other hand, she is not surprised that the agency suddenly finds itself at the top of the rankings after a tenth (2014) and a sixth (2015) place. "It certainly wasn't a lucky punch, but the result of many years of building up." Creating a climate that encourages and demands creativity at all levels has been her credo since the beginning of her CEO tenure, Harder says. "This year's award blessing confirms that I have pursued the right strategy."

The successful development is not only noticeable in the trophy cabinet: "When I took over the management of the agency about eight years ago, hardly any talented creative wanted to come to us voluntarily. Today, talented people from home and abroad apply to us every day."

FCB Zurich relied on the aforementioned successful campaigns - which, by the way, were created and produced entirely in-house - in a well-considered manner for the submissions. "Both were designed with conviction for digital, mobile and classic channels in order to reach the respective target groups at all relevant touchpoints," says Harder. She said she was particularly proud of the award haul in groundbreaking categories such as innovation, mobile and interactive. "The Search Racism online campaign also made gold in the Creative Data category at Eurobest in December. The HCD gang bingo is not only successful as a promotion, but also as a mobile game and retail product, which we will continue to develop in the future."

Lück and the gap

If you talk about FCB's year of success, you can't avoid one name: Dennis Lück. In July 2016, the Executive Creative Director - who was also responsible for the two successful campaigns - left the agency for Jung von Matt, where he has been Chief Creative Officer ever since. Will Lück leave a big creative gap? "It goes without saying that Dennis Lück was a strong creative driver in recent years and thus an important success factor for FCB Zurich," says Cornelia Harder. "With all due respect to his exceptional skills, I would like to emphasize that these successes are also the result of a dedicated teamwork of fantastic talents and my long-standing, consistently creative-oriented agency philosophy. I will continue to pursue this strategy in the future."

With the four creative directors Andy Lusti (CD/Text), Marcin Baba (CD/Art), Sören Schröder (CD/Text) and Flavio Meroni (CD/Art) as the creative leadership quartet, the aim is to achieve a top result in the new year as well. "Our creative leadership is now broader and more flexible than it used to be, and creative team power stands above any individual mastery," says Harder, looking optimistically to the next creative ranking. "We have some promising arrows in our quiver for this year, which make us very optimistic about the future." In addition, he said, they are eager to see how ADC Switzerland will honour the campaigns that have been so successful internationally. Due to the delay, the works for HC Davos and Flüchtlinge Willkommen will only be judged and possibly awarded at the next ADC Awards.

And Lück? He is happy for his former employer. And really, as he emphasizes. "The works "Bandenbingo" for the HCD and "Search Racism. Find Truth" for Flüchtlinge Willkommen were among the most awarded communication ideas in the world in 2016. So it's no wonder, and of course a pleasure for me too, that FCB Zurich tops the rankings with these works."

Lück, who was nominated for the Werbewoche Advertiser of the Year 2016 together with the eventual winner Thomas Wildberger and Wirz-ECD Livio Dainese, looks back with pleasure: "For me personally, it was the best year of my professional career. The ranking is proof of that, the switch to Jung von Matt another. My good resolution for 2017: continue thrusting rockets and blasting gas with the crew from Jung von Matt."

"For me, it was the best year of my career."

It is quite possible that it will not remain a good intention. After last year's fifth place, Jung von Matt/Limmat has made great strides towards the top, which the agency conquered in 2014, and is in second place behind FCB Zurich. With a score that would have long been enough for first place last year. "The fact that Jung von Matt was still able to improve three places in the ranking in the year of upheaval is a masterstroke and shows the strength of the agency," CCO Lück is pleased to say. And he looks ahead to the coming "season" with optimism and ambition: "It's hard to imagine where we'll be next year. Where we want to stand, that's quite clear." You can guess.

In third place comes Ruf Lanz, another "regular" in the creative rankings. Founded in 2001, the independent, owner-managed Zurich agency has been in the top 10 without interruption since 2002 - a feat that only Jung von Matt and Wirz have managed in this period. For co-owner and Creative Director Markus Ruf, the important thing this year is not only that the awards were won, but also for whom: "We are delighted that many of our campaigns for well-known clients won awards in 2016, including long-standing clients such as VBZ, Suva, Swiss Milk Producers, Delizio coffee from Migros and Hiltl. In addition, there were numerous awards for new clients such as Museum Haus Konstruktiv, Tonhalle Orchester Zürich or Sibler."

Friendly greetings from the newcomers

There is also rejoicing at the back of the Top 10, with two ranking newcomers, Freundliche Grüsse and Equipe, tied for eighth place. The young Zurich-based creative agencies do not act as "gap fillers", but have left established top 10 agencies behind and pushed them out of the ranking. Samuel Textor, Creative Director and Partner of Freundliche Grüsse, is delighted: "Since our founding two years ago, we have strived to develop not only the right, but also particularly creative and novel solutions for today's communication problems. This award confirms our philosophy that digital only becomes really good with a good idea."

For Equipe-ECD Claude Eberhard, too, the result is a sign that his agency is strategically on the right track: "Our placement in the top 10 is the best proof that ideas and innovation are not mutually exclusive. We have consistently invested in the expansion of our creative competence over the last few years. Now we are being rewarded for it," he concludes with satisfaction.

For the first time in agency history, TBWA\Zurich also appears in the top 10 of the ranking. CEO Matthias Kiess is correspondingly pleased: "TBWA\ is - seen worldwide - one of the leading creative networks, for which a positioning in the creative rankings is a matter of course. Unfortunately, this has not been the case for us until now, which is why we are doubly pleased to have taken this step."

So much for the joy. But also critical words find place in the ranking report. Not everyone is happy with the current mode and rules of the ranking. Ever since the creative ranking has existed, it has been discussed and argued about. Although Publicis has always occupied top positions in recent years, CEO Thomas Wildberger, reigning Werbewoche Advertiser of the Year and member of the ADC board, sees room for improvement. In his commentary, he explains why the ranking does not reflect his idea of creativity. He criticises not only the fact that shortlist placements are included in the evaluation ("points for not winning anything. Worldwide unique.), but above all that "work for clients who say no to nothing and no one" is relevant for the ranking. He argues that agencies should devote their creativity entirely to paying clients, rather than awards and rankings. Read his unabridged commentary in the print edition (1/17, p. 8) and online here.

Werbewoche is open to discourse and criticism, but will not change any "rules of the game" on its own in the future. The current rules were established by leading creatives in cooperation with Werbewoche. It is important to us that the ranking continues to be anchored in the creative industry and enjoys a correspondingly high level of relevance there. To this end, we continually adapt the ranking to current requirements and inform you in good time of any deviations from the previous year. 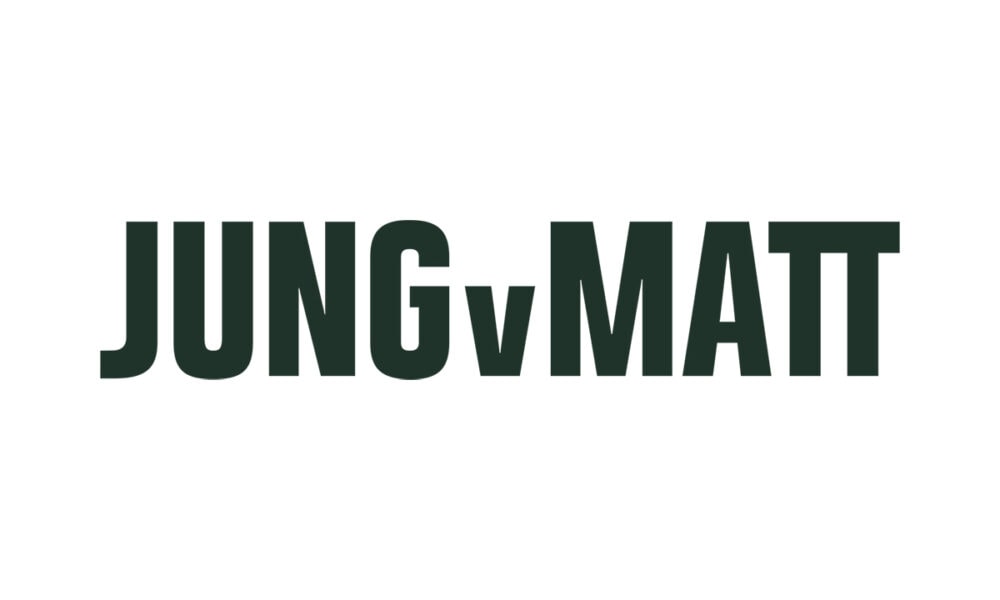 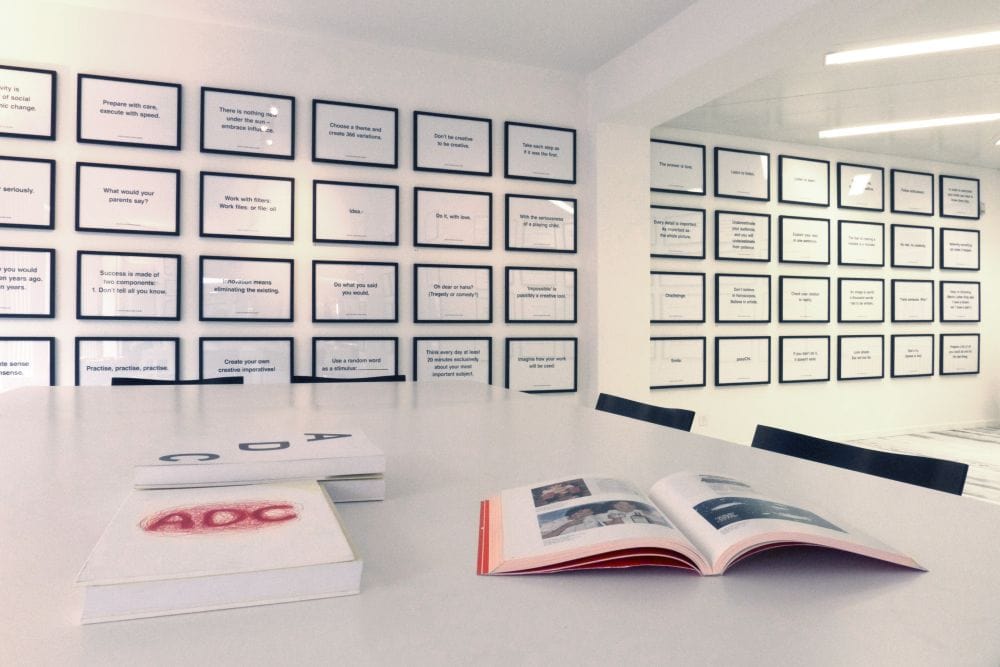 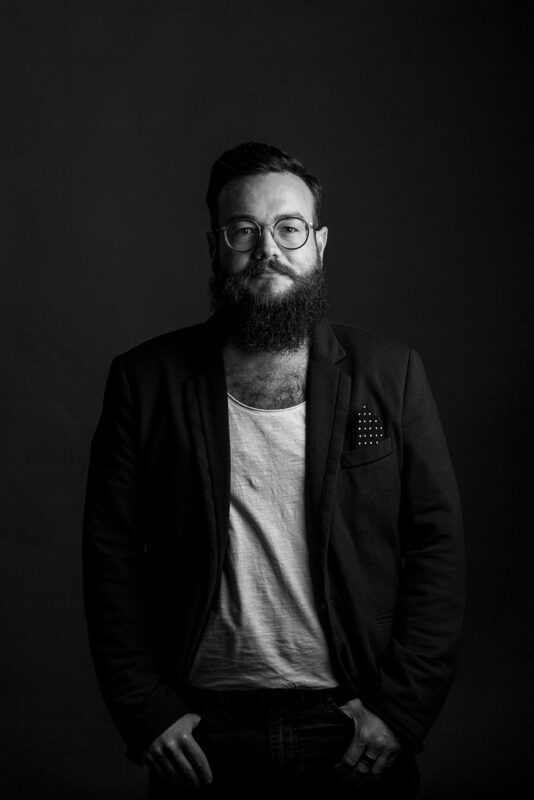