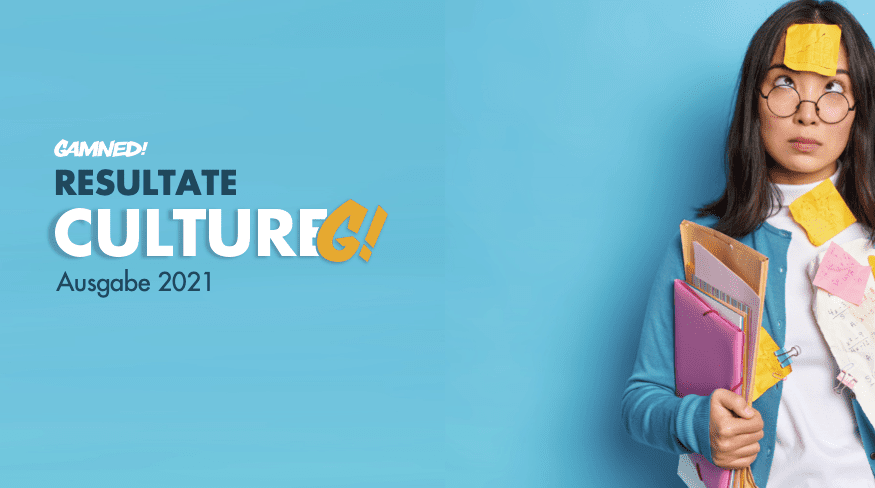 As a specialist in programmatic digital advertising, the Gamned agency is actively engaged in disseminating its expertise. In addition to annual programmatic studies, which tend to analyze the evolution of the Swiss market in the use of digital advertising, Gamned also regularly tests the level of knowledge of advertisers, agencies, publishers and general advertising professionals, beginners and experienced, in this field. For this purpose, in September the agency had launched the "Culture G! Quiz" was launched.

Over 100 advertising professionals in the Quit answered 20 questions on all the major issues that have moved the market in recent months - format developments, GDPR, cookies, responsible advertising and more. The average rate of 11 correct answers points out: Although programmatic advertising is on everyone's lips, there are still a lot of ambiguities and questions in this area.

More than 72% of the respondents were able to name all formats in which videos can be activated. This indicates that video is an important element in the communication strategy of Swiss brands.

In contrast, however, only one in four was able to correctly name environments in which "programmatic audio" can be activated. 50% of the respondents at least correctly named the various programmatic DOOH placements available - these include streets, airports, SBB train stations, gas stations, shopping centers, post offices and others. Broadly speaking, this is an indication that the ecosystem is not yet aware of the full range of opportunities that programmatic offers.

Lack of knowledge about regulatory developments

Fraud, Attribution Window, new iOS versions, the disappearance of third-party cookies, promises about Universal ID - only 30% of respondents were able to provide correct answers to questions on these topics. This shows that the ecosystem lacks understanding and information about new tools and regulatory developments in the past and in the future.

However, the study also shows that 62% of the respondents are very well informed in terms of their knowledge about acronyms such as CPCV or VCPM, as well as about the penetration rate of Internet use for television.

But what the study also reveals: Only 25% of advertisers are able to correctly estimate the budget for Programmatic in 2021.

Previous editions of the quiz produced better results, but also showed potential for improvement. For example, in both the 2018 and 2019 editions, an average of 13 out of 20 questions were answered correctly. However, the results of the 2021 edition show that the ecosystem urgently needs support on various topics related to digital advertising, including basic aspects. A phenomenon that is mainly explained by the fact that new topics in the field of programmatic marketing - DOOH, developments in video, tracking, developments in social media, etc. - are becoming more complex and multi-layered over time and as technology and regulatory developments unfold.

... but still a good cut on the global Programmatic marketplace

Gamned has taken the same quiz in the foreign markets where it has offices. Compared to the other regions tested (Brazil, Belgium, MEA, Malaysia), the Swiss advertising ecosystem is in the upper range with +1 points, despite the overall average decreasing.

Here go to the factsheet of the "Culture G! Quiz".