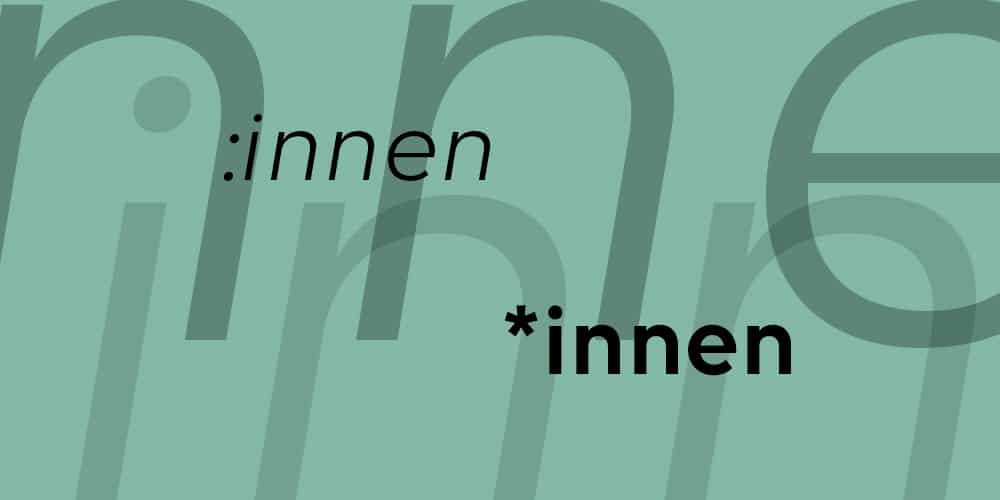 Spellings such as "parliamentarians" and "politicians" are only used by SRF where a younger audience is addressed, according to a statement published on Wednesday by the Ombudsman's Office of SRG German-speaking Switzerland. This audience is more familiar with this form of gender language.

The background to the statement is several feedbacks with criticism of the use of gender-appropriate language at the broadcaster, as the ombudsman's office wrote. SRF had revised its journalistic guidelines in this regard this year.

SRF wants to take equality into account and dispense with the generic masculine form, in which women are merely "included". Where possible, radio and TV programmes should therefore use both forms ("politicians") or gender-neutral formulations ("demonstrators").

The Ombudsman's Office stated that language is constantly changing and that the generic masculine is no longer appropriate - even if the adjustments may disrupt the flow of language. Language and thought would influence each other, it said. "Those who think women are included in generic masculine ignore research that has proven the opposite: Children draw scientists as men, not women." (SDA)