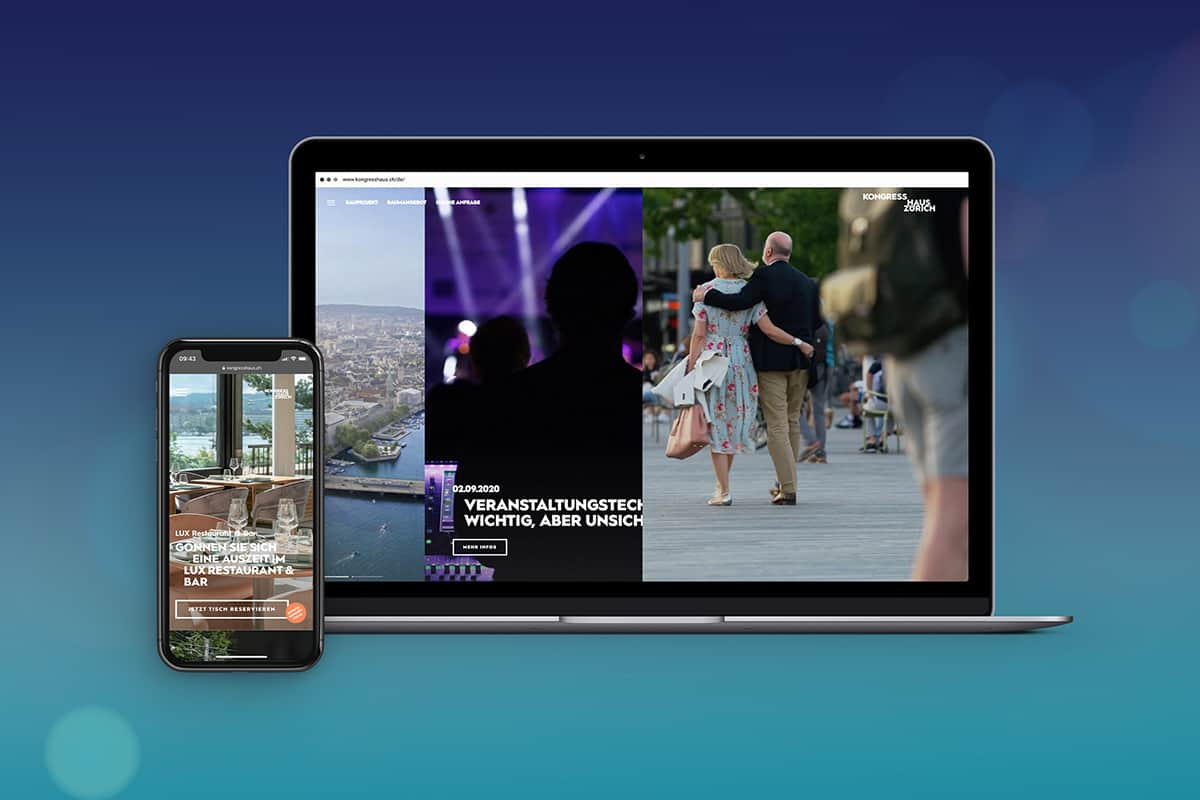 Roger Büchel, CEO and director of the Kongresshaus Zurich, is very busy at the moment - and in high spirits: the reopened Kongresshaus Zurich has resumed operations after a four-year renovation phase and will officially open its doors at the beginning of September with a major event. (Werbewoche.ch reported). But nothing has remained the same: "After the closure, we started from scratch for the renovation - and set everything to zero," says Büchel. "So our starting conditions were more or less like those of a start-up." He himself started in early 2019 and was on his own for several months. By the end of 2019, it was a team of five. Now in operation, just a year and a half later, the team consists of around 80 employees with the support of up to 300 temporary staff on call. 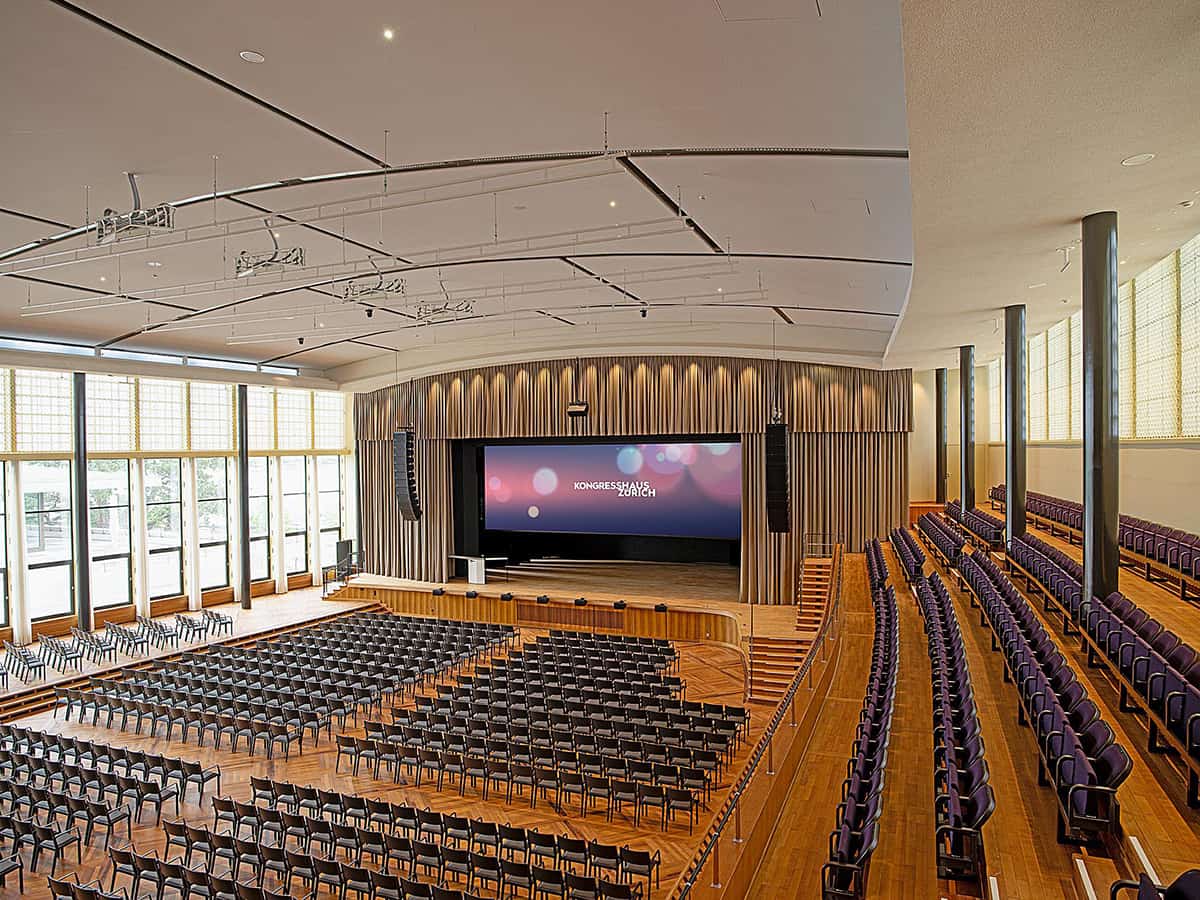 Setting everything to zero, that also applied to the appearance. Developing two new brands and positioning - for the Kongresshaus Zurich and the Lux Restaurant - , rebuilding all communication tools, digitalized wherever possible: All this means a lot of work, which also had to be tackled early on. "Marketing and sales got a lot of attention right from the start, because the order books needed to be filled as early as possible - and that includes an appropriately prestigious appearance and top communication," says Roger Büchel, adding, "because of course we're not perceived as a startup."

But who is going to do that with a handful of employees who are more than well occupied with thousands of other things? "We were looking for an agency that could take everything off our hands in this area during the hot phase and guide us through these processes. We decided on Partner & Partner - and that was absolutely the right decision," Roger Büchel is convinced. 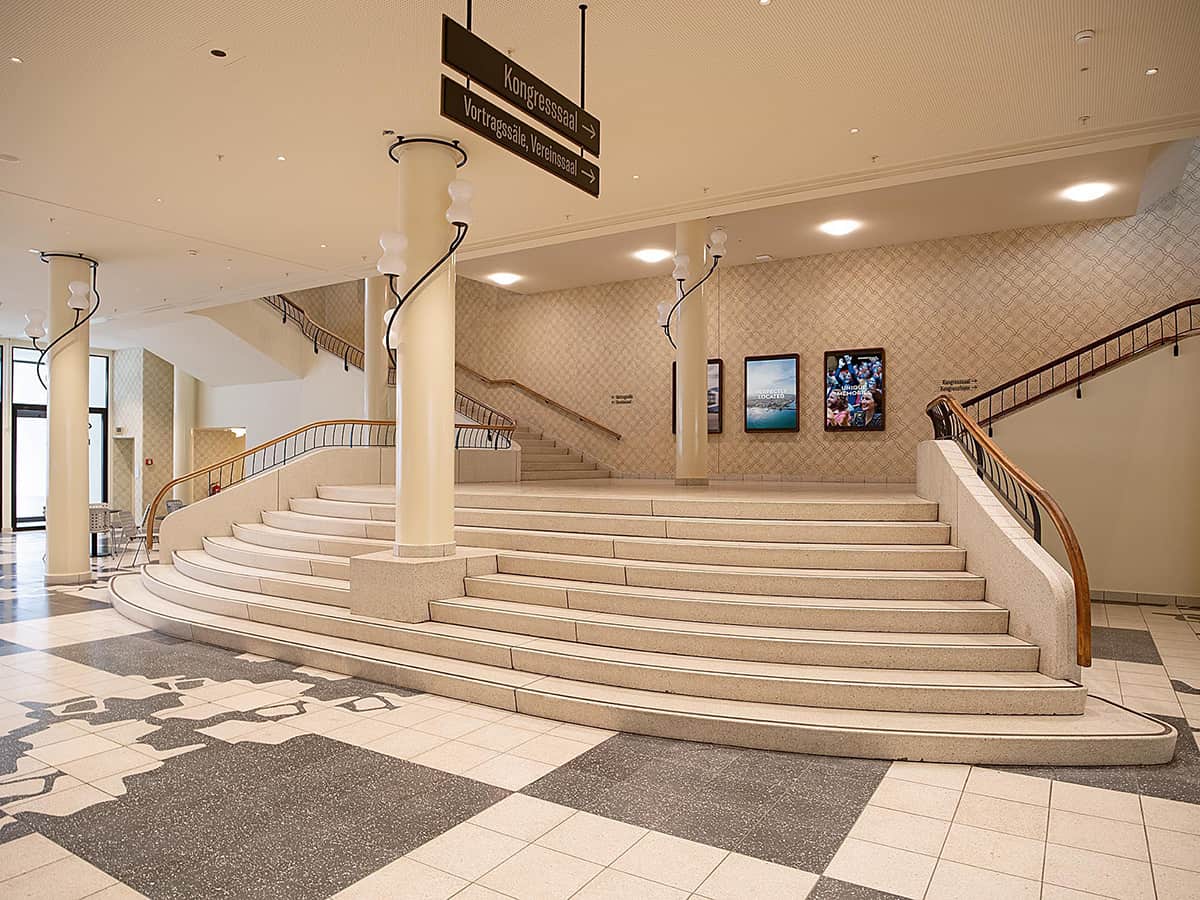 Manuel Specker, Partner and Consultant at Partner & Partner, is responsible for the client Kongresshaus Zürich: "The most important thing in such a situation is that the client can concentrate fully on its core task. For us, this means that we take over as much as possible in the area of marketing and communication and can thus give the Kongresshaus peace of mind."

With the gradual build-up of the Kongresshaus team, for which Partner & Partner also designed the employer branding, the know-how and various tasks are also slowly being returned to the company and supported as necessary. "We catch everything that cannot or cannot yet be covered in-house - or provide straightforward support in the event of bottlenecks, as we are already fully up-to-speed," Specker elaborates.

Communication during the closure

In the case of the Kongresshaus, this was compounded by the fact that communication had already begun a good year before the opening of the building. A particular challenge that Partner & Partner overcame with a flexibly growing website and a blog on Kongresshaus.ch as well as a newsletter with background stories - so that the network, partners and other interested parties were kept up to date at all times.

The official opening days will take place on Saturday and Sunday. 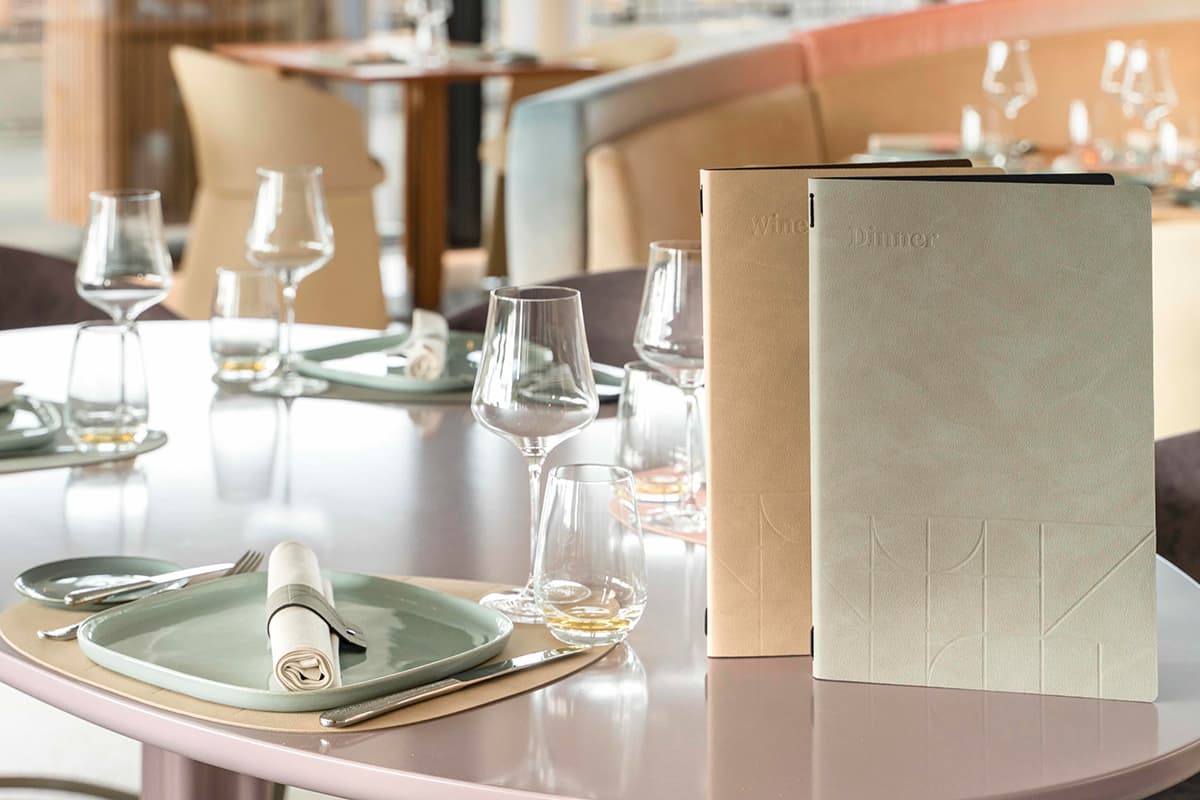 When the agency learns from the customer

The Kongresshaus Zurich is completely climate-neutral and this also applies to the events that take place. The Kongresshaus relies on regional products in the catering area, a sophisticated waste concept and a central lake water system for heat regulation.

This commitment has inspired Partner & Partner and, according to its own information, the agency is now also working on making all services climate-neutral as standard in the future. This should be the case by autumn 2021 at the latest. 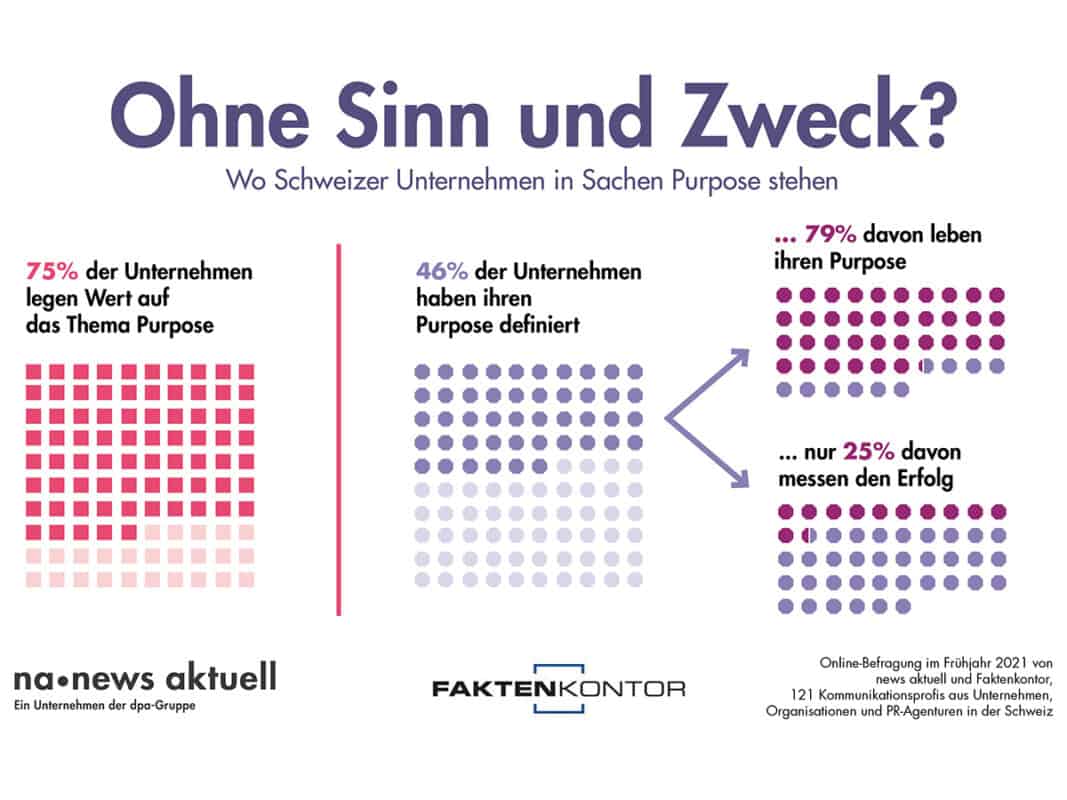 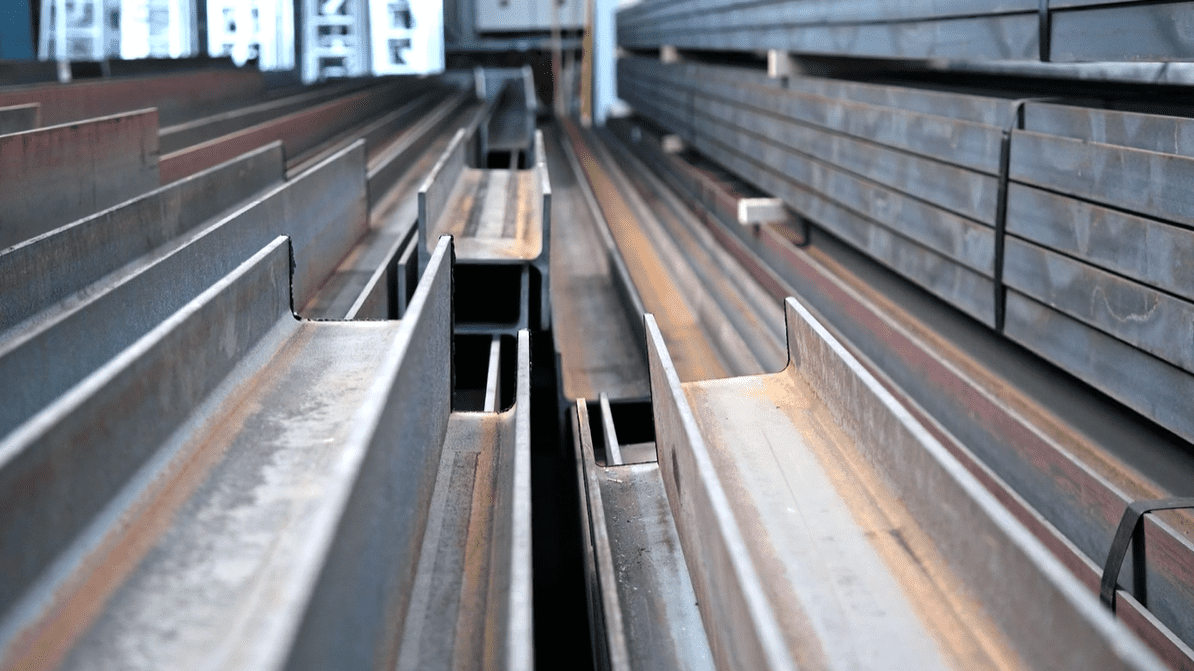