It is his victory. He has worked hard for it. The Basel native has already been nominated four times for Advertiser of the Year. "I'm the Leonardo Di Caprio of advertising," is his comment when Petra Dreyfus wins the race in 2019. But just as Di Caprio eventually won the Oscar for "The Revenant," Schärer is now winning the "Egon," the statue that originally got its name from the word ego, based on the rumor that advertisers have a very large one. But these are old stories. And they have nothing to do with David Schärer. Because if anyone is on fire for the cause and puts his own ego behind him, it's David Schärer.

A look behind the scenes

As passionately as he talks about campaigns, philosophy and politics, he never puts his own person in the spotlight. The role of a communications consultant is fundamentally different from communicating as a private person. He felt this, he says, when he appeared on the TV show Arena, at the beginning of the pandemic. "The role of consultant is easier for me," he says. What made him the advertiser he is today? David became fascinated with advertising at an early age. Graphics and design seem like a way into the industry for him; but after two years, he drops out of design school and turns to public relations. An internship at Theater Basel and then seven years at Jung von Matt Limmat followed.

"There is sometimes something objectionable about the term advertising; I think it's unwarranted."

With Regula Bührer Fecker and Oliver Fennel, he founds the Rod communications agency in 2007. No sooner had they moved into the new office than Rod became the agency for Sanitas, which it served for four years in all communications disciplines. A successful start that David Schärer does not regret to this day. "We have now been connected for more than a decade, not only in business, but also as friends." For him, this is one of the main reasons that Rod has been able to position itself so successfully in the market.

This designation suits him, says David. Because the communications professional is passionate about developing campaigns that are close to his heart. But without media reach, even the best campaign is of no use. And so David Schärer is a master of public relations. He understands what makes people tick, is empathetic, accessible and, when required, uncompromisingly honest. The task of working with the FOPH to shape Corona's communications is and has been challenging. "It's like flying on sight, we're always anticipating what's important in the next two weeks." He by no means describes his work as creative art in this regard. "What we do is purpose-driven, so it should be an answer to a communications problem."

The members of the jury, composed of former Advertisers of the Year, people from academia and the nominees of previous years, as well as representatives from French-speaking Switzerland, nominated David Schärer of Rod, Andrea Bison of Thjnk and Maurizio Rugghia of SiR MaRY as candidates for Advertiser:in of the Year in August this year. (Werbewoche.ch reported). From these three people, each jury member had to vote for one candidate, submit this in writing to the editors. The weighting of the jury is 50 percent. The other 50 percent of the voting took place online. For one week, the readers of the Werbewoche newsletter voted for their favorite. The result was clear: David Schärer dominated both the jury voting and the online voting.

We congratulate David Schärer on winning the title of "Advertiser of the Year 2021/22". Next year we will suspend the election. In 2023, the next election will take place. This traditionally again in March. Due to the Corona pandemic, we are out of rhythm.

Laudation by Adrian Kammer, Head of Campaigns at the Federal Office of Public Health 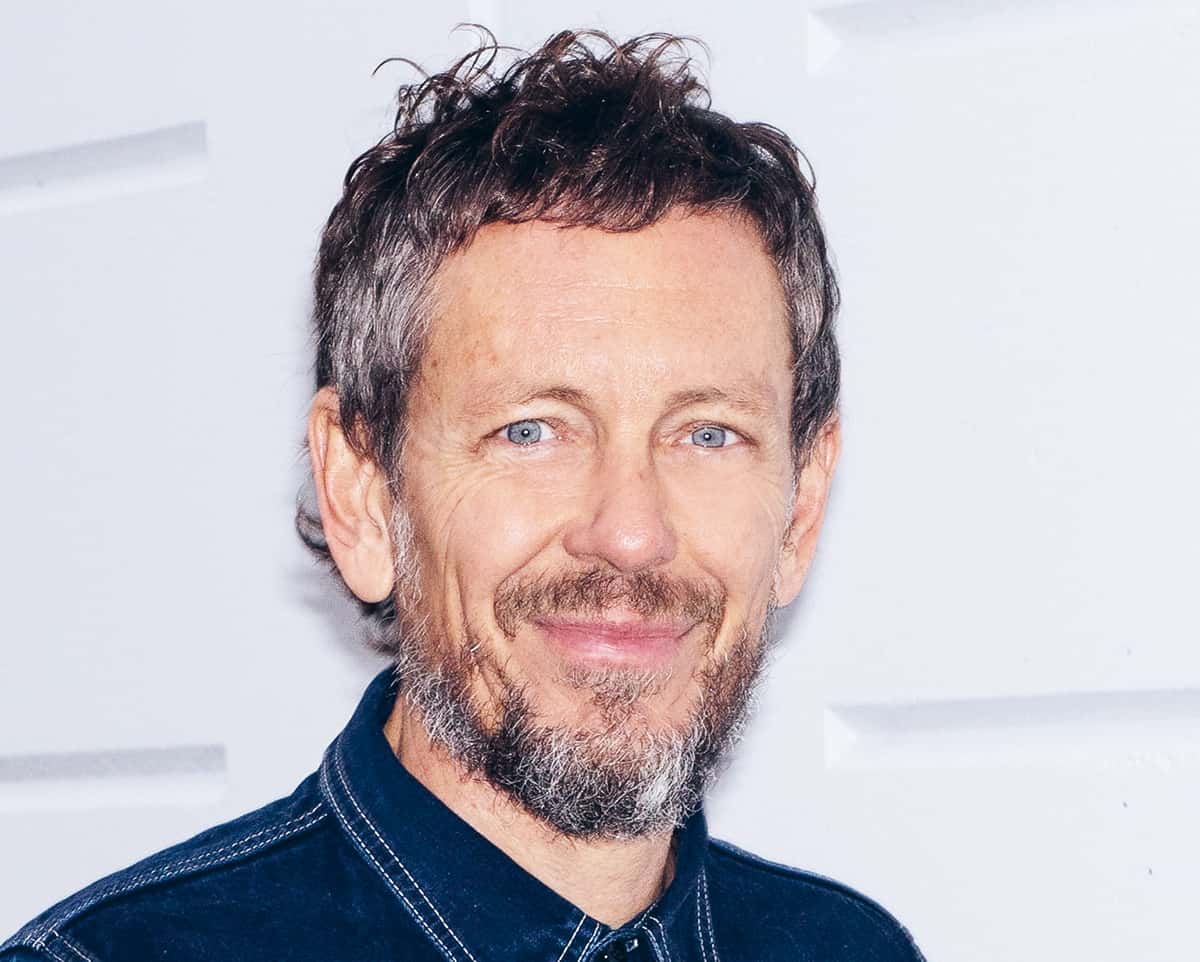 March 2020. The Corona threat is drawing ever closer. Pictures of the hearses of Bergamo arouse fears. The Federal Council urges the population to stay at home. And outside: glorious spring weather beckons.

Only shortly before, the Federal Office of Public Health (FOPH) commissioned the Rod agency to jointly manage the pandemic campaign. It was the only one of those approached that was able to activate the necessary competencies and resources from the outset. Right at the front: David Schärer. And what does he do at this tipping point? He is getting on the nerves of all weather stations in Switzerland, so that they also take their responsibility and let everyone know: This Easter is taking place inside and at a distance.

The anecdote is not very spectacular. It is intentional. Because David doesn't just turn up the speaker to Volume 10 when he promises a "Bigger Bang for the buck", but tinkers with the question of how the message learns to run with bite and verve. Amplification is the magic word.

The Swiss advertising world has known for some time that David is a virtuoso in this art. And although you are also a gifted communicator in your own right, I was amazed at how unpretentious your performance is when I was tracking you down. You manage to deliver razor-sharp analysis and pointed announcements without being pejorative or hurtful. It pops, but it doesn't hurt.

Swiss master in generating attention you were called or also "the string puller". You find spin doctor a fitting description yourself, advertiser too. After all, "attracting attention is our core business."Advertising is more than just pitching or imposing. Advertising is seduction. And therefore an art, because the seduced person does not want to be seduced, but wants to feel seen and taken seriously.But you don't want to be an artist. Because "what we do is purposeful". Yes, contrary to all clichés, you do not commit yourself to the beautiful appearance, but to the real effect of your work.

As a client, it is also our duty to get the greatest possible reach out of every tax penny invested. You make that easy for us. But not easy. Time and again, you confront, probe, drill deeper. Yes, dear David, you deserve the title of "Advertiser of the Year" also thanks to your courage to be an imposition at times.

The pandemic has changed campaign work. During our nightly - mostly virtual - fireside chats, we not only shared observations, sketched out ideas and cooked up strategies, but also consciously reflected on what it means when the lines between client and client become visibly blurred. That was our only chance in this completely new kind of crisis. We had to inform the population so well that they would behave in a way that was good for Switzerland. The fact that "One Campaigning Team" can be lived in real terms is something I have never experienced before - and extremely appreciated.

In your youth you were a punk. I think the punk in you is still alive. Of course, he has grown up. Drinks Bordeaux from a goblet instead of beer from a bottle. But he is still a moving one. And a moving one. Versatilely engaged. With a strong urge to keep his finger on the pulse of society. To develop it further. Not restless. But also never completely satisfied with what is. Because much more could be.

14 years after Rod was founded, you are today receiving your "Egon", the Advertiser of the Year award. I congratulate you from the bottom of my heart - and know that your modesty will not be corrupted even by this award. 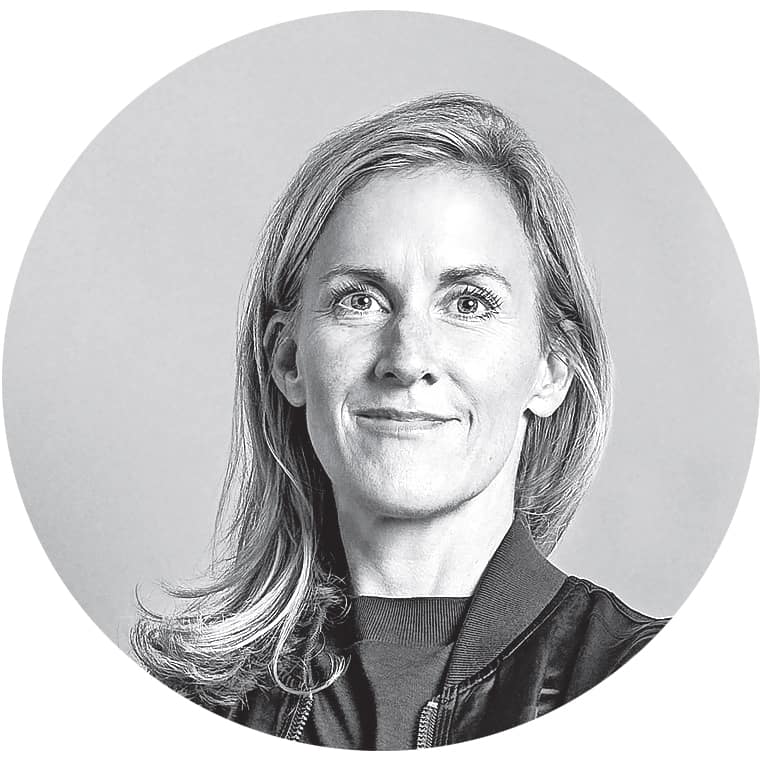 Five years ago, Andrea Bison founded thjnk together with Alexander Jaggy. She previously worked in Hamburg at Jung von Matt, Springer & Jacoby, kempertrautmann and thjnk. This is already her second nomination as advertiser:in of the year. In the online voting, she was in second place behind David Schärer. To be among the three nominees at all is an unmistakable sign of being perceived as outstanding by the industry, advertising clients and readers of the trade press. "We've managed to create great campaigns for some very exciting brands that have really made a difference. That's our primal drive, to accompany brands on their journey and give shape to them through ideas and end up touching people with them." And they do.

Thjnk has just won gold with the Denner ad "Alles da. Immer nah" in the category "Commercials up to 90 seconds". Who doesn't know the commercial in which the baby in diapers runs to the Denner to fill the empty refrigerator at home? It is children who inspire Andrea Bison, because they "don't have scissors in their heads yet". Children would see no limits and have a free spirit. Asked whether she sees herself more as a service provider or a seductress, she remains pragmatic. "Even the greatest seductress wants to achieve a good result in the end." In that respect, she says, you can't pick it apart. The Swiss by choice is a mother of three and lives with her family in Zurich. 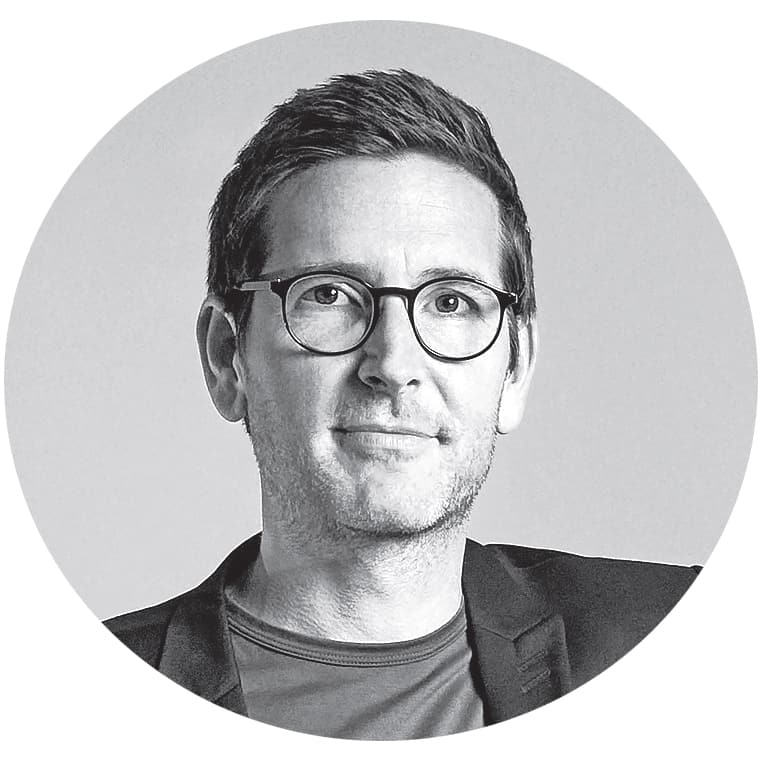 Maurizio Rugghia has been leading the Sir Mary agency as co-founder and co-owner since 2016. Previously, he was Managing Director and Partner of the digital agency Serranetga for five years. There he met his current business partners, Daniel Zuberbühler and Florian Beck. After five years at Serranetga, it was time for something new; the others felt the same way. And since no one wanted to continue alone, they decided to "build" a modern agency model from "scratch".

Sir Mary was launched in 2016. Rugghia feels the foundation is a "piece of cake." The trick, he says, is to keep the thing going. Letting it grow. Loving the process. To grow from each challenge. It's "management of madness" - in the most positive sense! "But every day is different for us. We do everything we can to keep reinventing ourselves. Never standing still and always staying hungry. You really have to want to do that," he says. Does that correspond to his lifestyle? Yes, it does, without hesitation. He loves creating new things, seeing ideas manifest and come to life.

In addition, there is an aversion to authority. A what? He laughs. "I have the urge inside me to determine my own day and activities. And ultimately, I'm fascinated by people. I want to work with people who inspire me and are smarter than me. Founding allows me to live all of that out. I get to be an entrepreneur and I get to combine it with my passion for exciting communication. And work with the most exciting personalities I know."

Maurizio Rugghia is married, father of two children and lives with his family in Zurich. 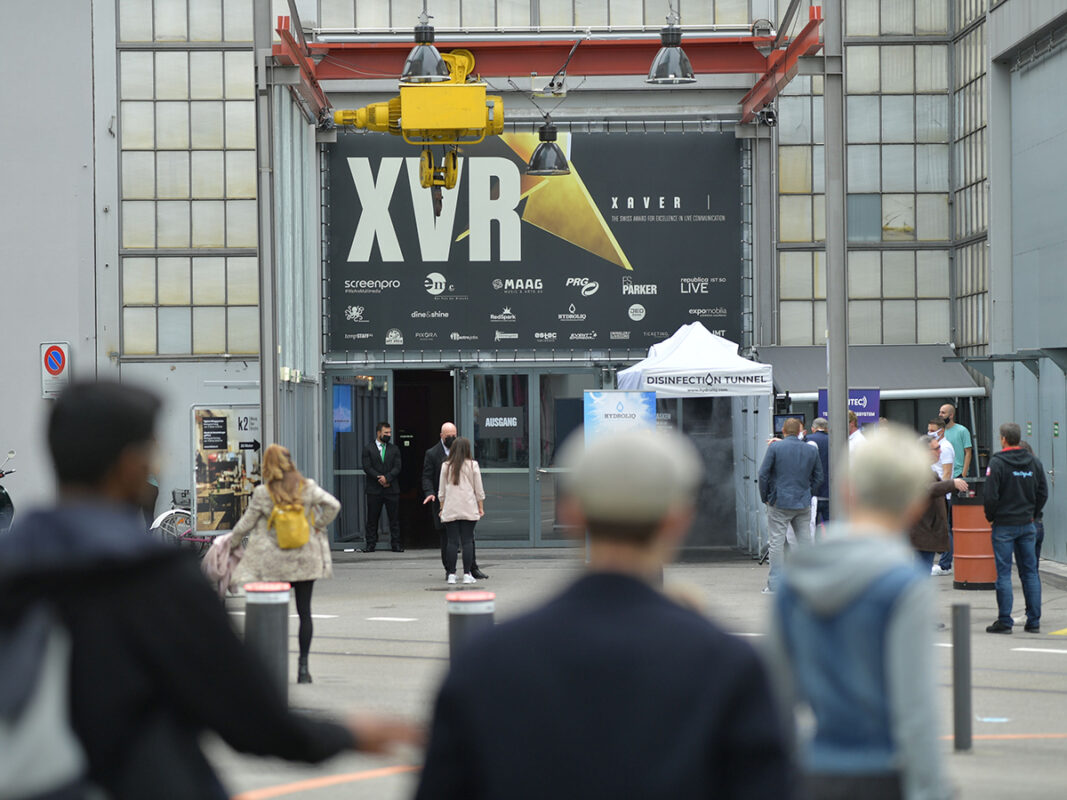 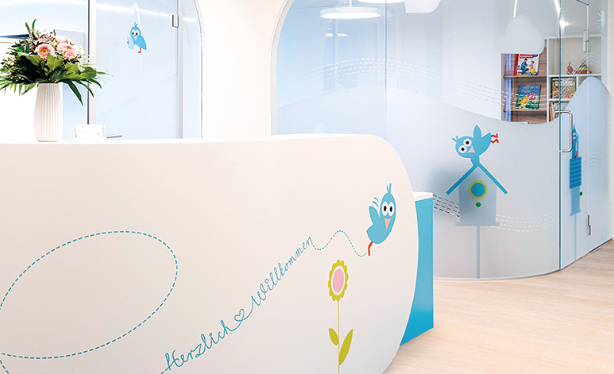