The starting signal was given shortly after 1 pm: Alexander Duphorn, CEO of Goldbach Media, and Frank Zelger, CEO of Admeira, welcomed the guests in Hall 622 and the viewers who followed the TV highlights from their personal screens. The figures speak for themselves: TV has played a significant role in the crisis. And so the CEOs of the two organisers concluded their welcoming address with a positive outlook: "We start this year's screen-up with confidence, new forms of advertising, content with attitude and entertainment."

As already known from previous screenings, the broadcasters pulled out all the entertainment stops again this year. Various live acts accompanied the channel presentations.

Luca Hänni opened the Seven.One Entertainment Group show with his hit "She got me", announcing another season of "The Masked Singer Switzerland" starting in November 2021 on ProSieben Schweiz. Together with "Switzerland's next Topmodel," whose third season is already running, this is their biggest production in Switzerland. Sat.1 announces a new music show with "All together now". The program is already running in 14 countries and is coming to Switzerland next year with Sat.1.

Stress and other Swiss musicians sing for CH Media

Stress sang his way through the audience for CH, announcing the next season of "Sing meinen Song". Joining the dating show "The Bachelor" are "First Dates" and "Master Chef", which were announced at the screen-up. For series fans, the fourth season of "SEAL Team" is coming to 5+ in October, the eighth season of "The Blacklist" on S1 in November and the fourth season of "The Good Doctor" on TV25 from February 2022. CH Media punctuated its appearance with several Swiss musicians at once.

Sports fans and especially football fans will definitely not miss out in the next TV season. 3+ will show selected UEFA Champions League matches, including the grand final. TV24 will broadcast 14 UEFA Europa League matches including the final, as well as 15 European Qualifier matches. From the 2022/2023 season, viewers can expect to see the matches of the Swiss national football team live on 3+.

Gress and Kilchsperger present for Blue

When it comes to top-class football on Blue, the experts Gilbert Gress and Roman Kilchsperger are not to be missed. In a live call into the Blue studio, they chatted with various experts from the channel about the upcoming program, which includes all matches from the Credit Suisse Super League, the UEFA Champions League, the UEFA Europa League, Spain's LaLiga Santander, Italy's Serie A, the English Premier League, as well as top matches from France's Ligue 1 Uber Eats and the new UEFA Europa Conference League.

Luca Hänni was followed by another Eurovision star, Gjon's Tears. The French-speaking Swiss was the surprise guest at the SRG screening. In addition to evergreens such as "Auf und davon", their broadcasters have a number of new productions at the start. Viewers can also look forward to free TV premieres such as "Platzspitzbaby" and "Bruno Manser". In addition to the "Eurovision Song Contest", SRG stations will be providing entertainment with new formats such as "Stadt Land Talent", "SRF bi de Lüt LIVE", "10 ans des deux Vincents", "La vie de JC" and "Via col Venti". 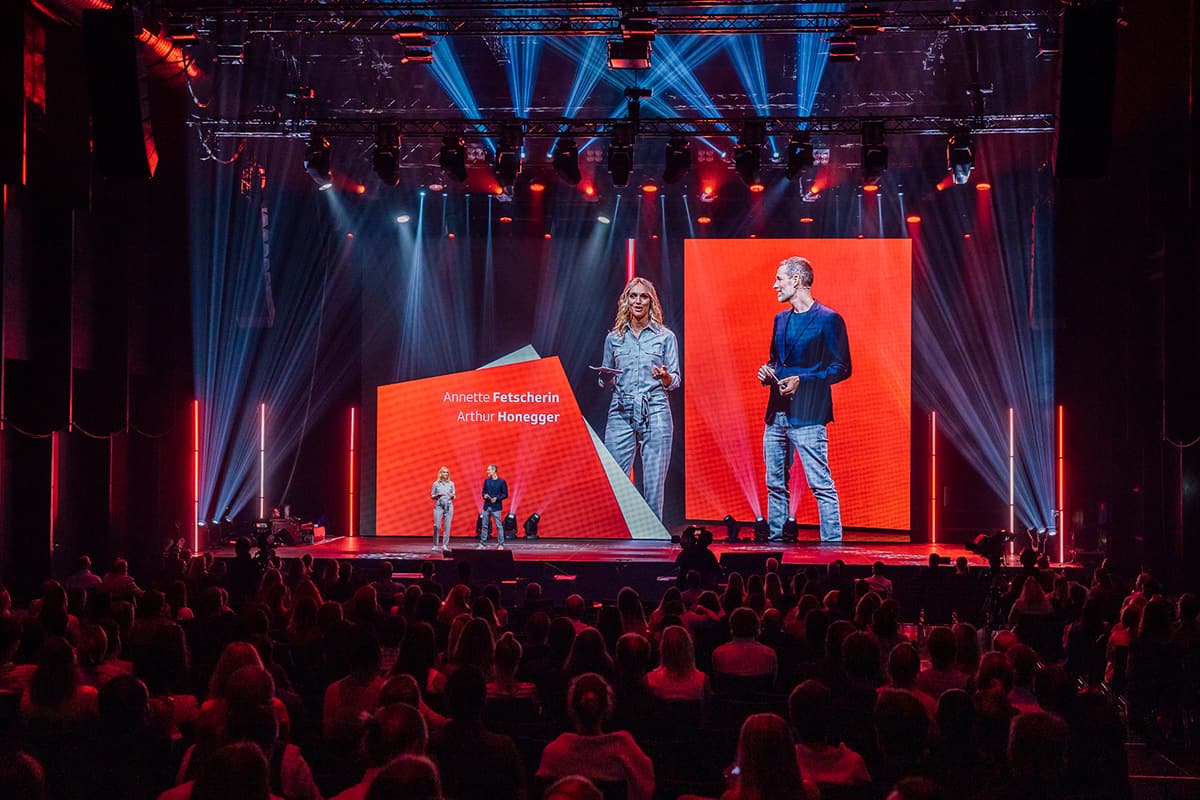 As another musical highlight, Ritschi and band led into the screening of TRC.

It's all about emotion and adrenaline as usual for the media group RTL. The search for "Supertalent" is already in its 15th season on RTL. "Date or Drop" is the name of the new dating show on RTL, where good looks are of no use to anyone. The only things that matter here are the answers and the singles' voices. VOX presents a lesbian dating show for the first time with "Princess Charming". RTLZWEI accompanies the Kelly Family in the tour bus on a journey through the most important milestones of their career.

The French Group M6 also focuses on strong emotions. Various new series and a lot of entertainment are on the program. C8 describes itself as a "feel good channel" and lives up to this promise with many topics from viewers' everyday lives and entertainment programs such as the one-direction program "M comme Maison". 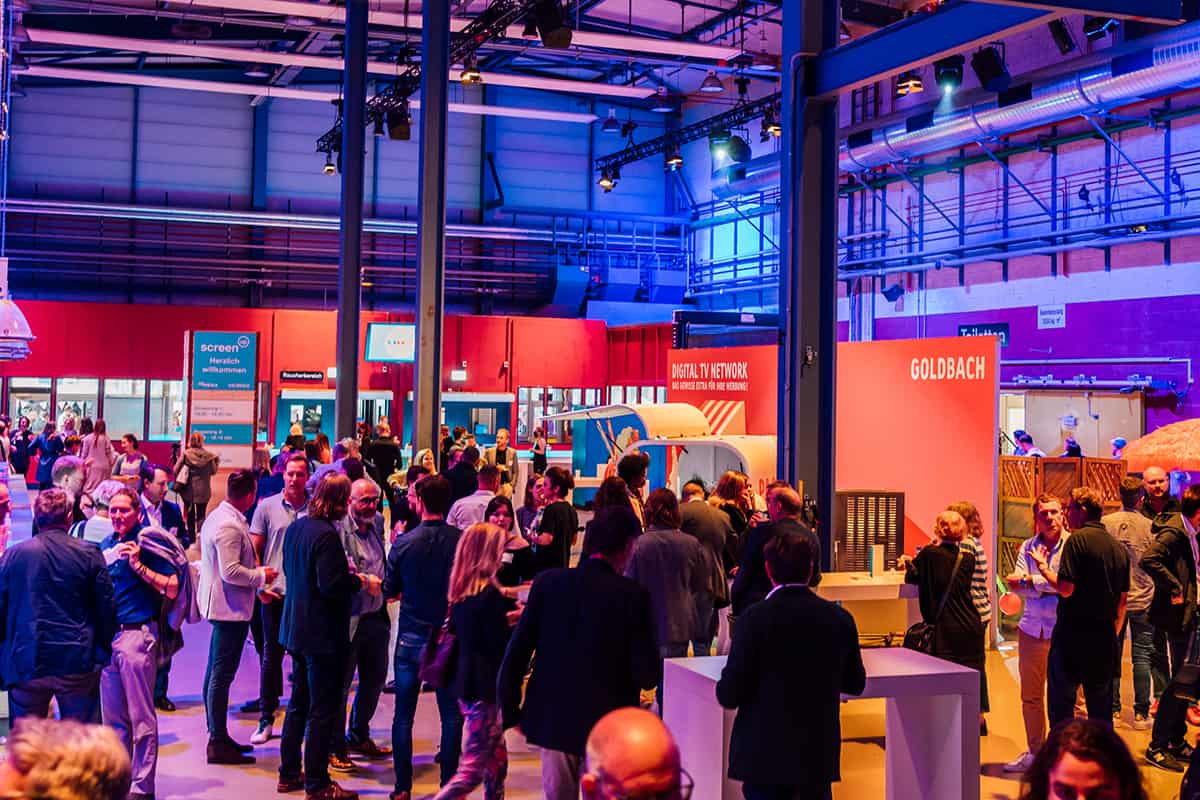 Good feelings even after the show

The organisers are satisfied with this year's screen-up. Frank Zelger, CEO Admeira, puts it in a nutshell: "Trust and entertainment - that's TV!". Duphorn adds: "TV continues to be the medium with the strongest advertising, which was again confirmed by the interest of customers and agencies. With the Replay Ads, we are ensuring relevance for TV in the future as well."

The online streaming of the event will be available online in individual videos after the event. Interested parties can view the contributions for 30 days on Screen-up.ch Watch. 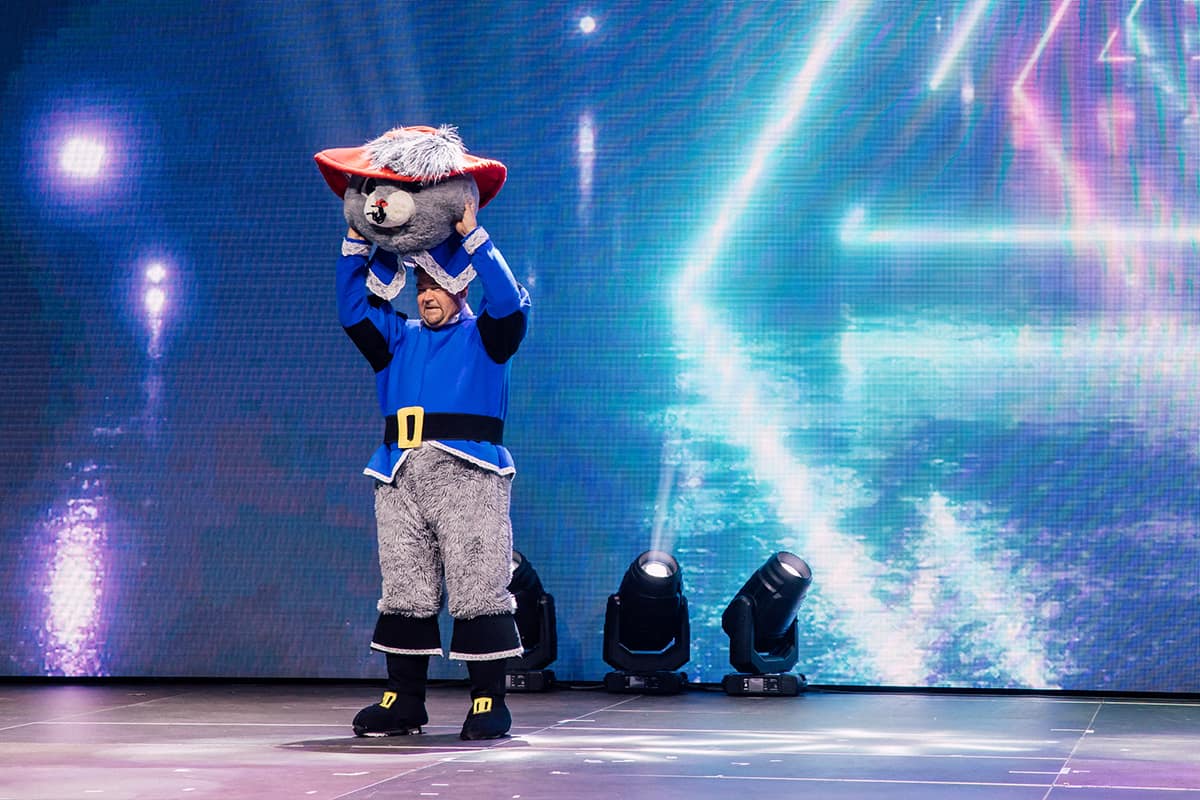 Admission to the event took place in accordance with the safety regulations of the Federal Office of Public Health. 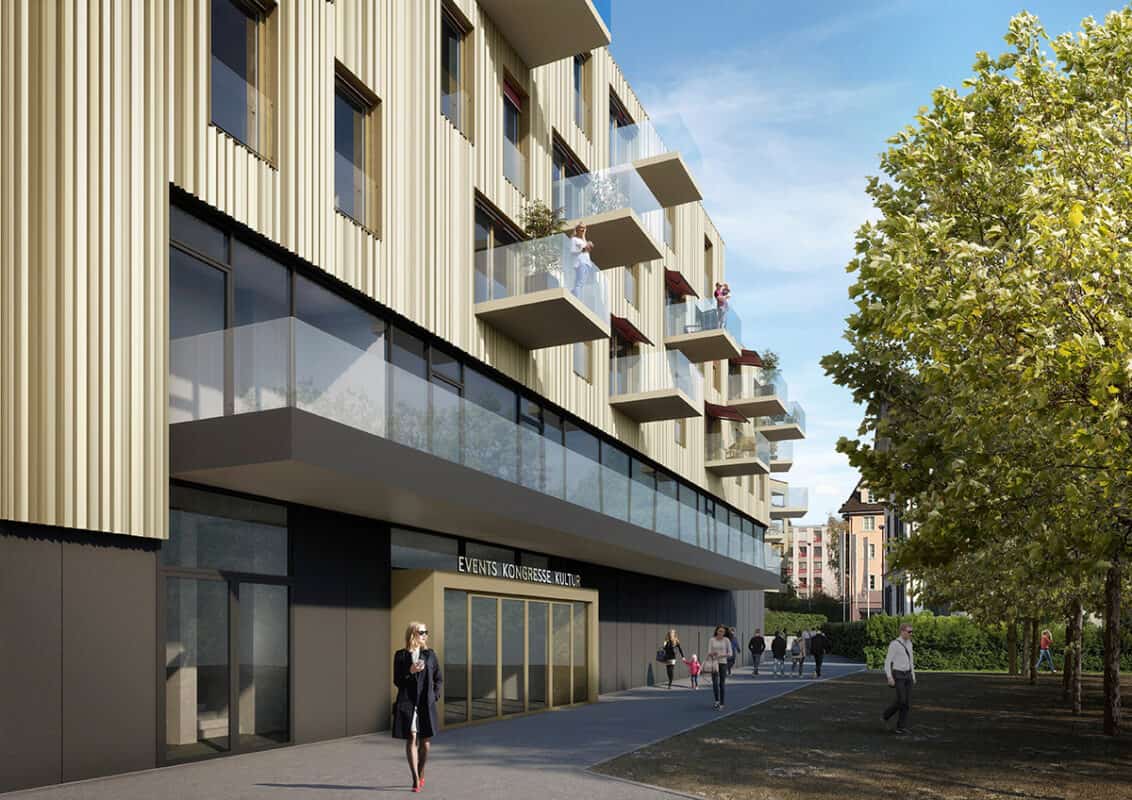 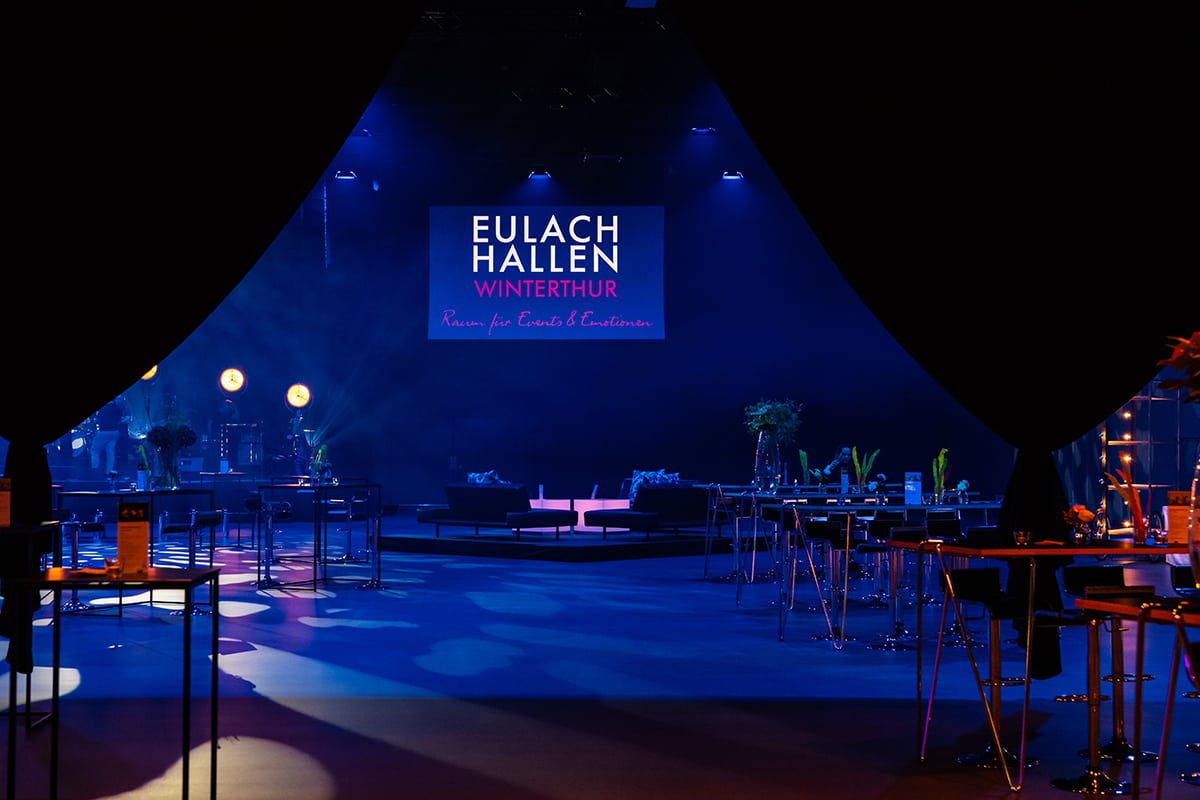 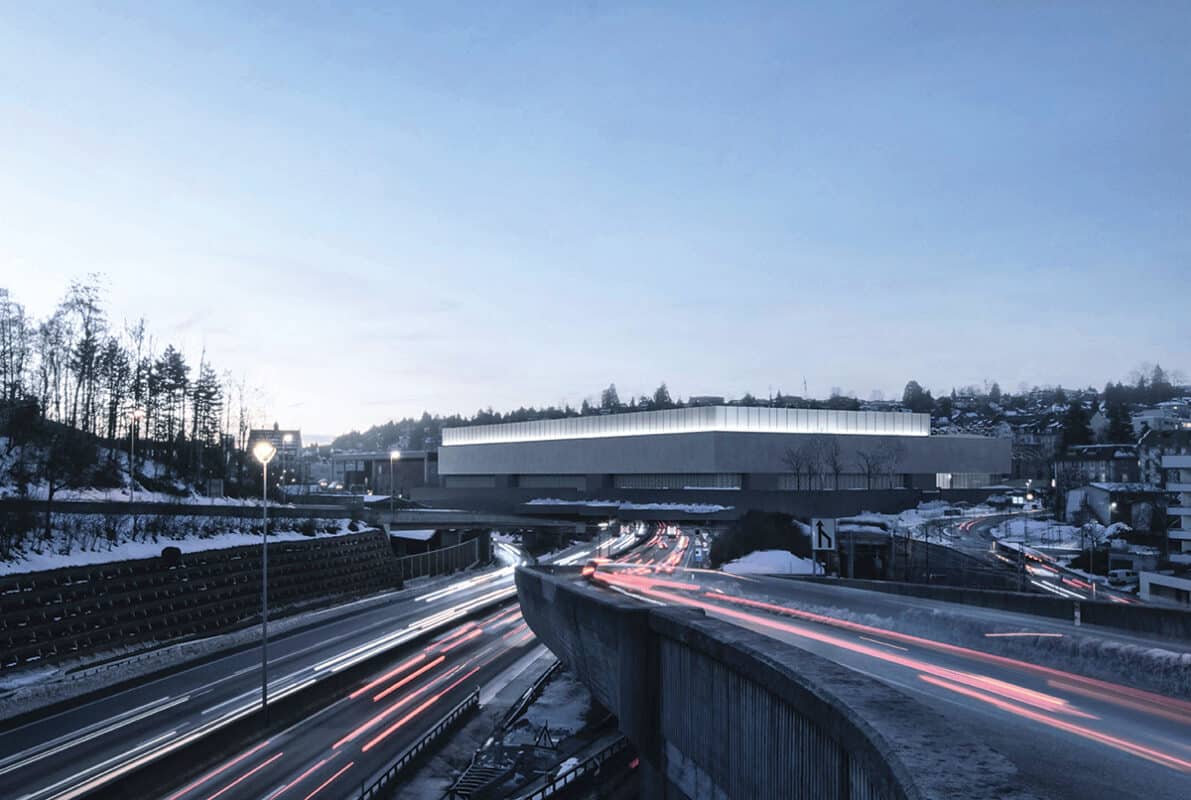