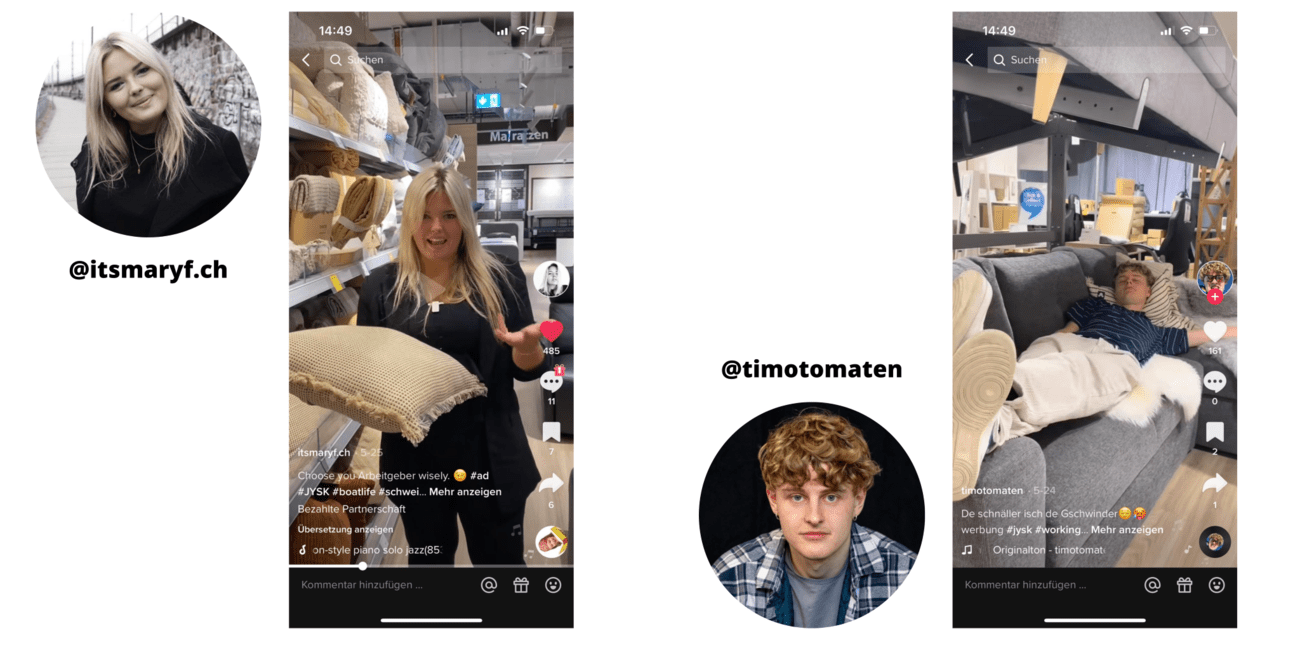 Jyskis one of Forbes World's Best Employers 2022. The aim of the campaign was to also attract a younger target group to Jysk as an employer. The two TikTok Creators Marina (@itsmaryf.ch) and Timo (@timotomaten) could be won for the #BringDedictation campaign within a few days.

For content creation, each attended a Jysk-branch and filmed their TikTok videos on site. Both creators showed the benefits of a job at TikTok in a humorous way. JYSK brings with it: free coffee, 20% discount on all Jysk-products or even a nap during working hours. After the release by Jysk the two videos were posted on the Creators' channels. Over 7,000 organic interactions were achieved with the two videos.

Employees also posted under the hashtag #BringDedictation their experiences around working at Jysk.

"The demand from HR departments for social media training as part of various employer branding strategies has increased markedly in the last six months. Whether, as in this case, on TikTok to address learners or on LinkedIn, where the employer brand is continuously consolidated with the help of trained employees," says Tanja Herrmann, Managing Director of WebStages.

TikTok has around 1.6 million monthly active users from Switzerland. Most of them are between 18 and 24 years old. As the only purely true smartphone video app, it has great potential to reach new target groups with suitable content.