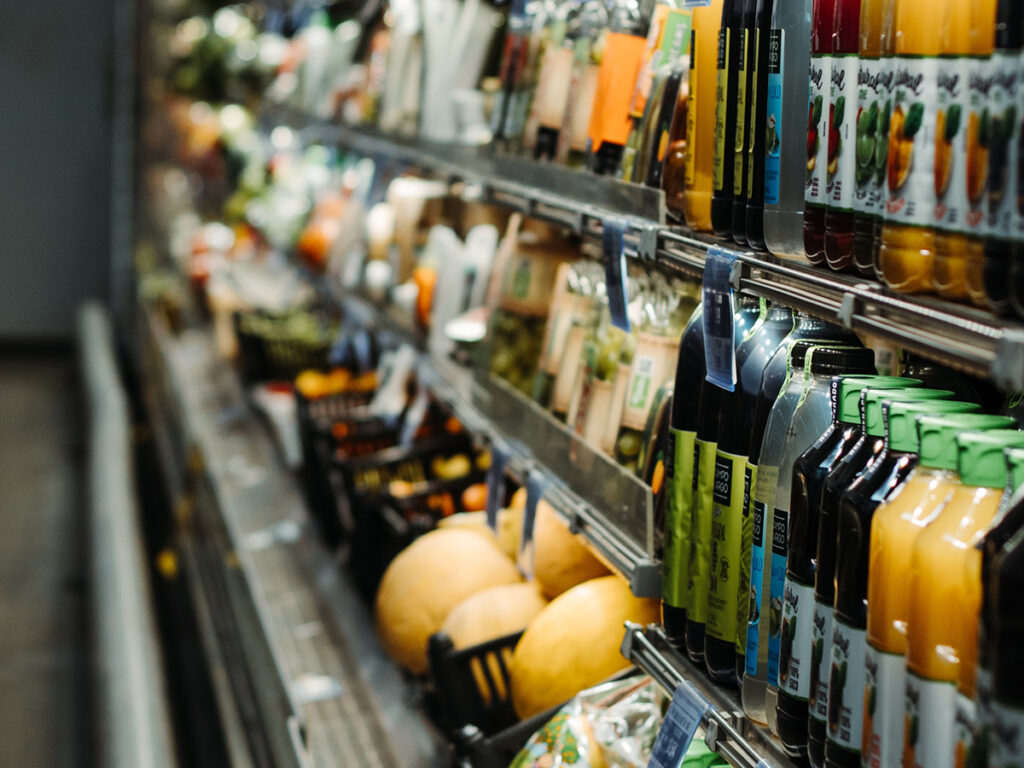 According to the study, the discounters score first and foremost on value for money - the most important and therefore decisive criterion for those surveyed. In addition, consumers show less appetite for shopping in other countries close to the border after Corona.

As part of the study, a total of 1,010 people aged between 14 and 65 from German- and French-speaking Switzerland were surveyed online from 10 to 18 March 2021, who knew at least one of the retailers questioned by name. As before 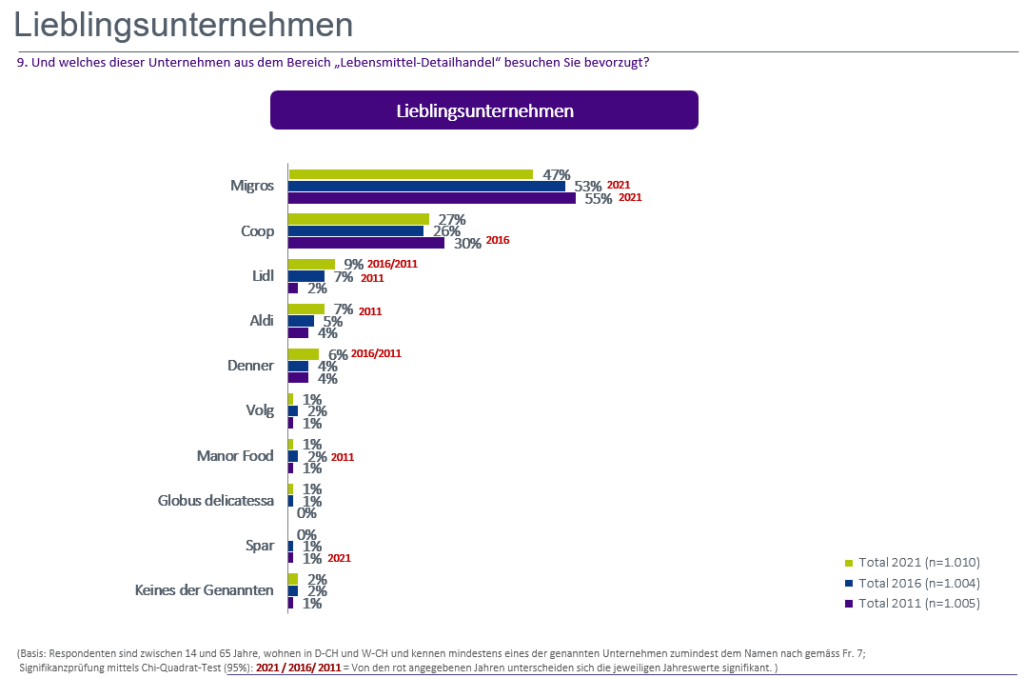 Price must be right

For years, the most important criterion when shopping for everyday goods has been value for money. 90 percent rate value for money as (very) important (top 2 values 4 and 5 on a scale from 1=not at all important to 5=very important).

However, the previous price-performance winner Migros is getting competition for this important criterion. Aldi is on a par with Migros with a 74 per cent top 2 box score in the current study, closely followed by Lidl with 73 per cent. "It is striking that the two discounters have made considerable strides over time, while the value for Migros is crumbling. Migros, for example, has lost one percentage point compared to 2016 and as much as 7 percentage points compared to 2011. Aldi, on the other hand, has gained fourteen percentage points since 2011," explains Dr. Cornelia Eck, Managing Director of Marketagent.com Switzerland. 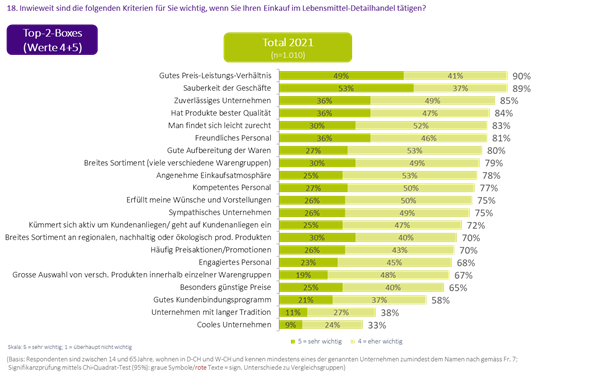 Corona puts the spotlight on cleanliness

Consumers have been paying close attention to clean stores and reliability (product availability) for years. Although both criteria had lost weight in the past, they have become significantly more important today (cleanliness: 89%; reliability: 85%) compared to 2016 (85% and 80% respectively). "The fact that consumers currently place such a high value on the cleanliness and availability of products is probably clearly attributable to Corona," says Cornelia Eck.

After Corona: fewer products from "beyond the border

People who shop in other countries close to the border do so primarily to save money. At 61 percent, low prices are the most frequently cited reason for shopping across the border for everyday needs.

In the period before Corona, the respondents estimate that around 16 percent of their daily products purchased were goods bought abroad. For the period after Corona, they expect this proportion to be only 12 percent, i.e. a significant reduction. This presents an opportunity for the Swiss retail trade. The speed and strength with which shopping tourism returns to its pre-Corona level will probably also depend on the reactions of Swiss retailers. 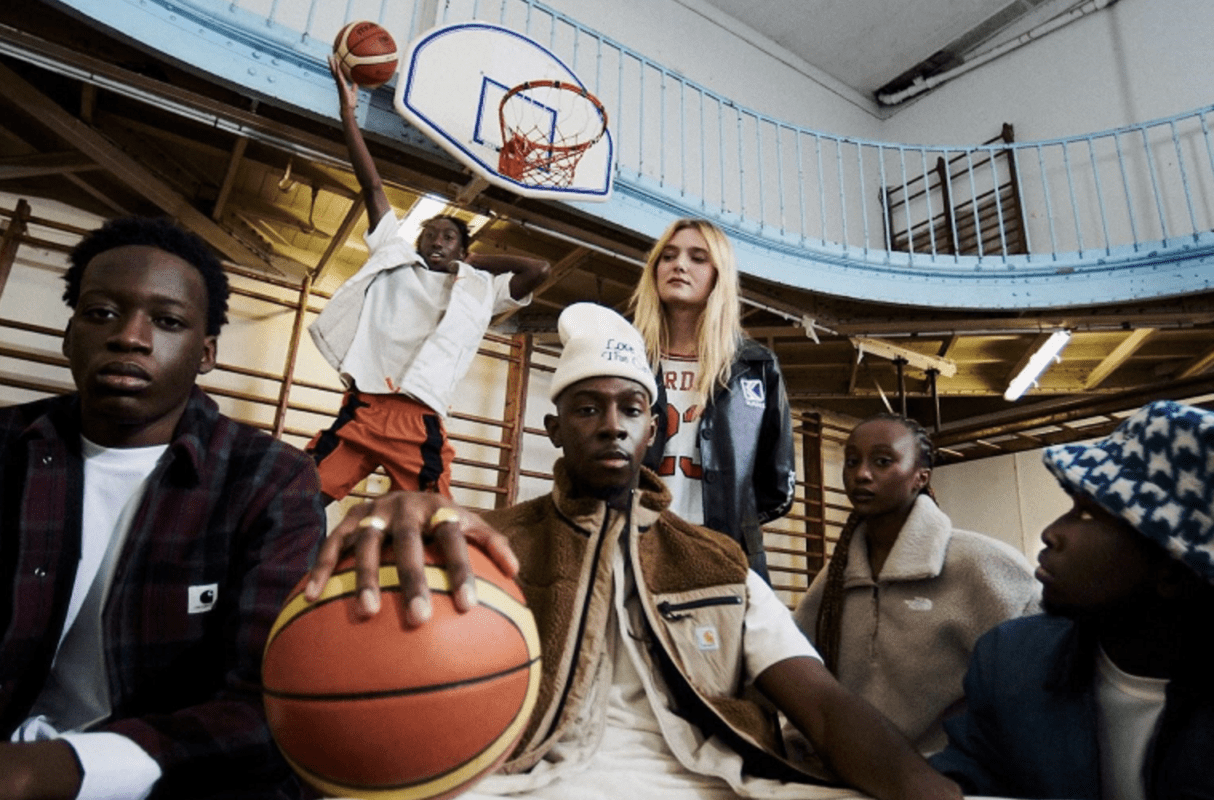 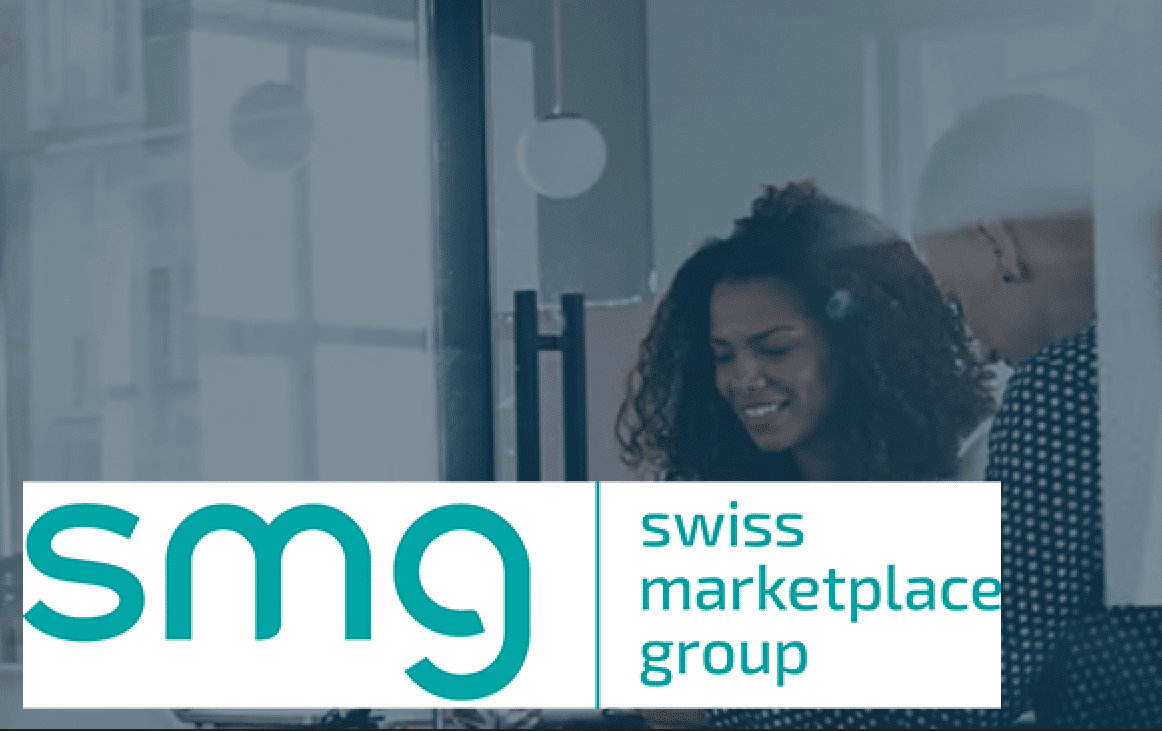